AppleInsider
Posted: July 19, 2022 8:58PM
in General Discussion
The repair experts at iFixit have completed a teardown of the new M2 MacBook Air, revealing a very simple chip cooling mechanism, an accelerometer, and other details. 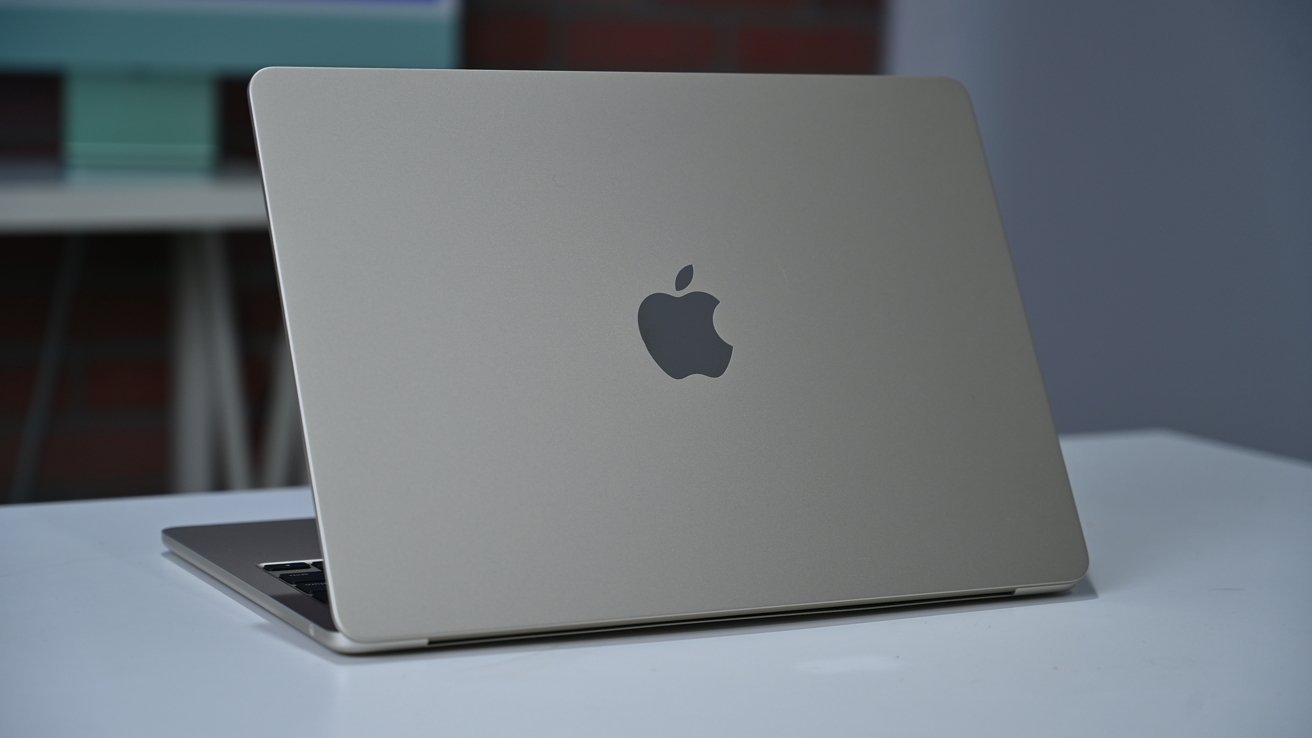 In a YouTube clip posted on Tuesday, iFixit walks viewers through disassembling the new MacBook Air model. Although not a full teardown or repair guide, the four-minute clip reveals several interesting details about the new device.

For example, as we've already discussed, the MacBook Air with 256GB of internal storage sports a single storage chip instead of a pair of 128GB chips as found in the 2020 MacBook Air and 13-inch MacBook Pro with M1 processor. 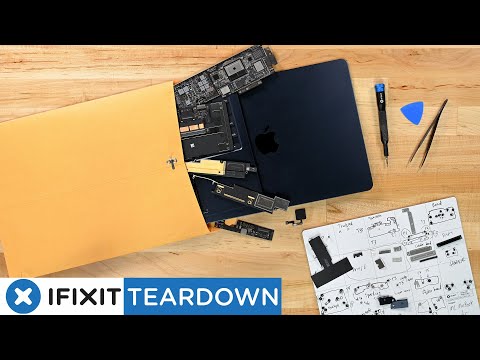 Other Logic Board components seen in the video include the M2 chip itself, a proprietary Thunderbolt driver, Wi-Fi and Bluetooth chips, and an accelerometer. It isn't clear what the accelerometer is for, and Apple has not yet revealed a use for it.

Cooling is another aspect of the MacBook Air that's relatively unclear. iFixit did not find any heat spreaders, and describes the built-in heat shield as "super thin" and unable to help much with heating similar to how the M1 processor is cooled in an iPad Pro.

While the MacBook Air has "a lot of thermal paste and graphite tape," and is an efficient device, iFixit notes that it isn't clear on how exactly the device maintains the proper thermals.

"Maybe the M2 Air is secretly an iPad, or maybe Apple is just letting it run hot," the site wrote.

There are some aspects to the device that should make repairs and replacements a bit easier. Like the M2 MacBook Pro, the MacBook Air sports adhesive pull tabs on the battery and ports that aren't glued down. That should make swaps simpler and faster to remove.

On the other hand, the M2 chip and the SSD are soldered onto the board. That means both components aren't easily replaced except by technicians with the proper tools.

The full teardown is available to watch on iFixit's YouTube channel. An in-depth repair guide is likely soon to come, too.