AppleInsider
Posted: August 10, 2022 3:00PM
in General Discussion edited August 22
Hyper has announced a pair of new power accessories -- a charger and a portable battery pack -- that can output 245 watts worth of power. 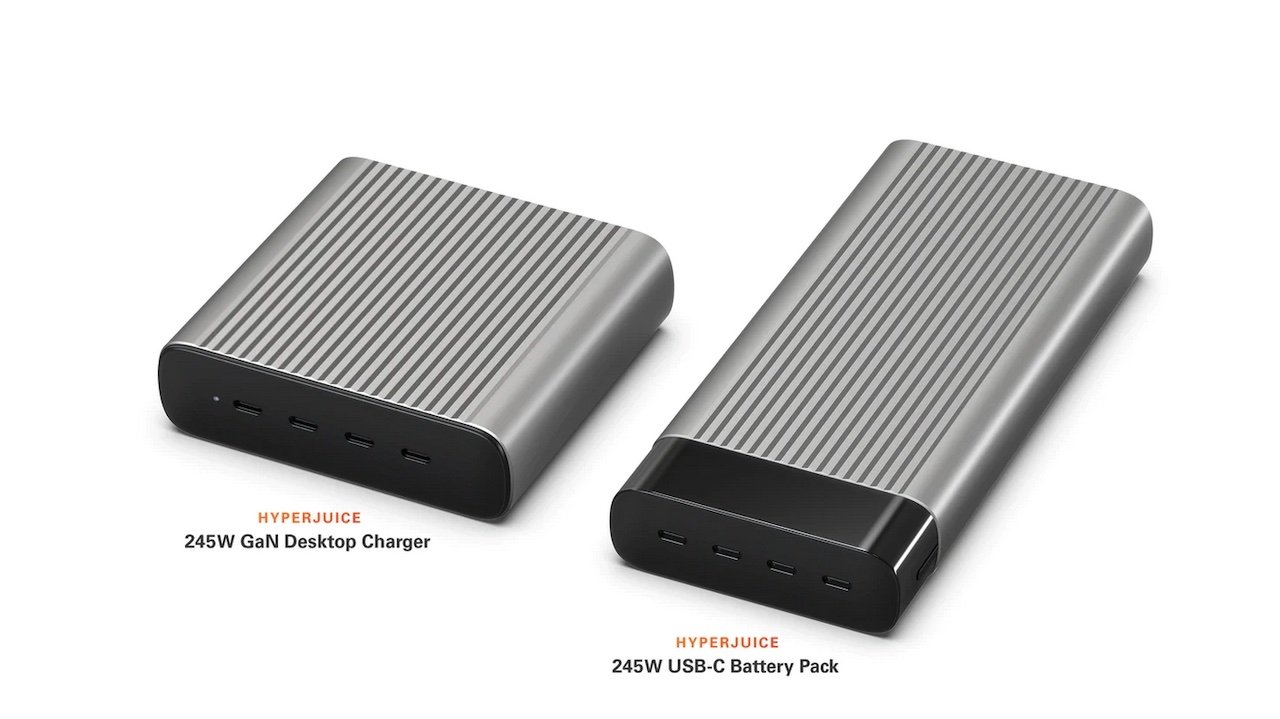 The accessory maker on Monday announced the HyperJuice 245W GaN Desktop Charger, which it calls the "world's first and smallest" 245W desktop charger.

Although described as "pocket-sized," the 245W GaN charger isn't the size as your standard wall adapter. However, it is still portable enough to pack in a bag or briefcase for charging on the go.

The HyperJuice 245W USB-C Battery Pack also sports an OLED display that can show information about battery capacity and charging power on each port. Combined with the 245W GaN charger, the Battery Pack can be juiced up in just an hour.