AppleInsider
Posted: September 26, 2022 1:14PM
in iPhone edited September 26
While it's not clear why, the iPhone 15 Ultra is said to use two cameras at the front instead of one, in extremely early claims about the 2023 device. 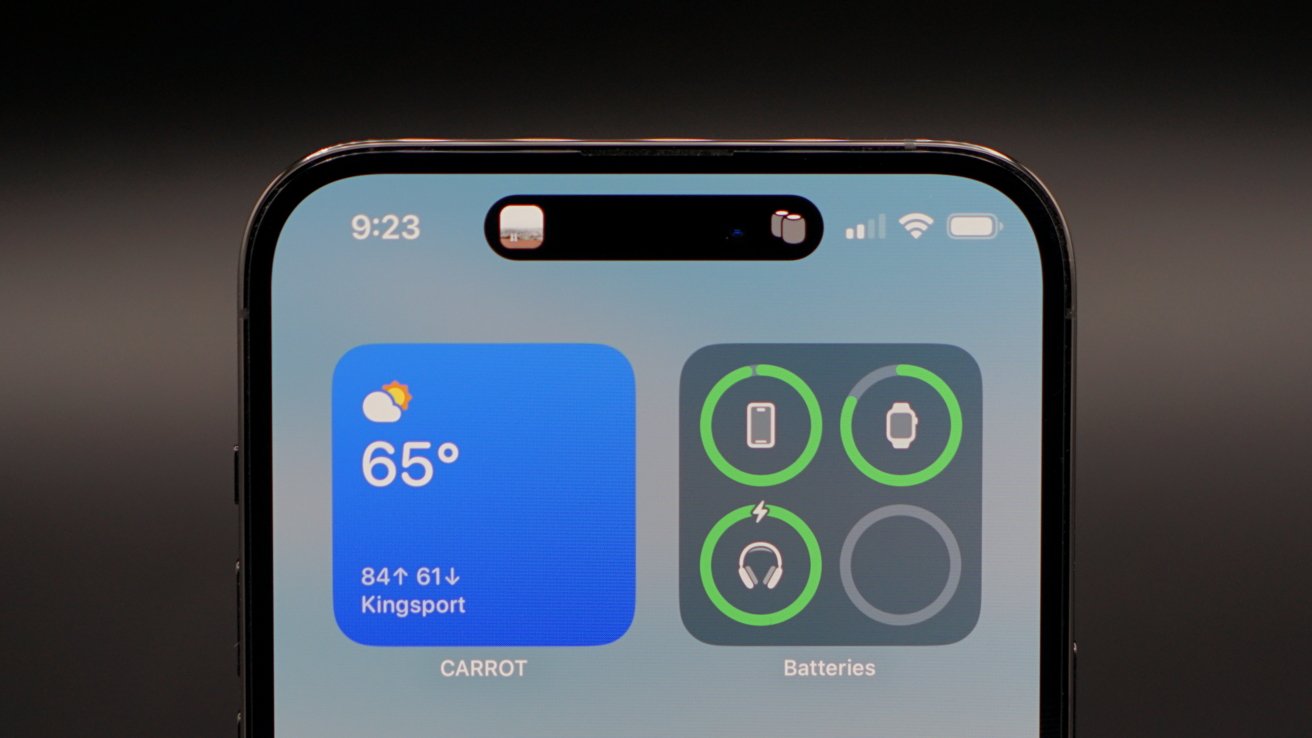 On Sunday, the first murmurs of a new iPhone model were uttered, with the iPhone 14 Pro Max to be followed up in a year's time by the iPhone 15 Ultra. Borrowing the suffix from the Apple Watch Ultra and the M1 Ultra, the new model should theoretically provide a more premium experience than even the iPhone 14 Pro.

However, Sunday's claim was accompanied by very few details about the hardware, such as the use of USB-C and a revamped design. On Monday, leaker MajinBu offered a bit more potential details.

According to what is reported by my source iPhone 15 Ultra will have 2 front cameras, USB-C and will start from 256GB. iPhone 15 Pro instead will always start from 128GB and will have USB-C but only 1 front camera #iphone #iphone15 #iphone15ultra pic.twitter.com/lIn6OhMNko

According to MajinBu's source, the iPhone 15 Ultra will have two cameras on the front. The existing TrueDepth camera array has multiple components but only one camera sensor, so the supposed Ultra upgrade will provide an extra sensor.

The reason for the second camera wasn't given. In theory, it could be for stereoscopic video capture, or more simply, different optical zoom levels. The leaker also claims the Ultra will use USB-C, and will start with a 256GB storage capacity.

The iPhone 15 Pro will just use one front camera, as usual, and start with a capacity of 128GB. It too will apparently gain USB-C.

While Apple's design and manufacturing efforts for its flagship devices can stretch beyond a year, such rumors are usually more speculation than a reality at this extremely early stage. As the year rolls on, more informed leaks should appear, indicating whether or not MajinBu's year-early claim is accurate.