AppleInsider
Posted: November 20, 2022 11:04PM
in iPod + iTunes + AppleTV
A Tesla used as a museum exhibit is seemingly hinting that Apple Music support for the built-in infotainment system could finally be on the way. 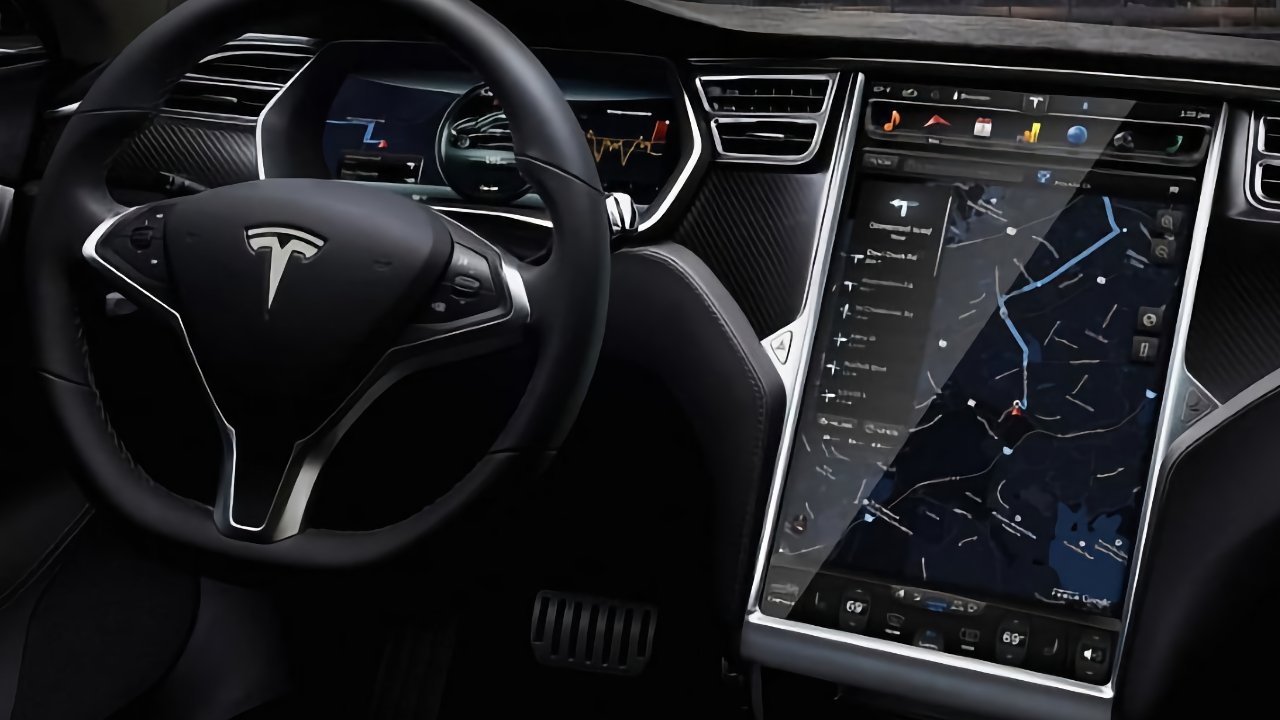 A Tesla Model S Long Range is part of an exhibit for the car company at the Petersen Automotive Museum in Los Angeles. While the exhibit collects together vehicles from the company's history and explores its technology, the interface of one vehicle may be of interest to Apple users.

A photograph from the inside of one Tesla vehicle by ABetterTheater.com founder Aaron Cash posted to Twitter shows the Apple Music icon as part of the main interface. A second image shows a QR code that, when scanned, takes users to activate.apple.com, used to link an Apple Music account with certain devices.

The exhibit in question is set to allow visitors to sit inside and try out its features, Cash said, and that it was a demonstration vehicle rather than a full vehicle. Cash adds that it was running modified firmware, rather than a public release version.

The appearance at the exhibit may signify Apple Music could still be on the cards in a future update, but there's no guarantee it will actually happen.

While a desired feature for a future Tesla update, Apple Music support has previously been teased but not added. In December 2020, a placeholder music source titled "Apple" was thought to mean Apple Music support was on the way, but the code references were pulled a few months later, according to TeslaNorth.

Tired of waiting, one developer released the Tesla Android Project in May, giving a way for frustrated users to add CarPlay, by streaming an interactive video feed from a nearby Raspberry Pi over Wi-Fi to the onboard browser.