AppleInsider
Posted: November 29, 2022 9:10PM
in iPhone
A man claiming to work for Apple prior to 2010 is sharing what he calls the "dirty secrets" about the company -- but as you'd expect it is just conspiratorial nonsense. Here's why, and why we know. 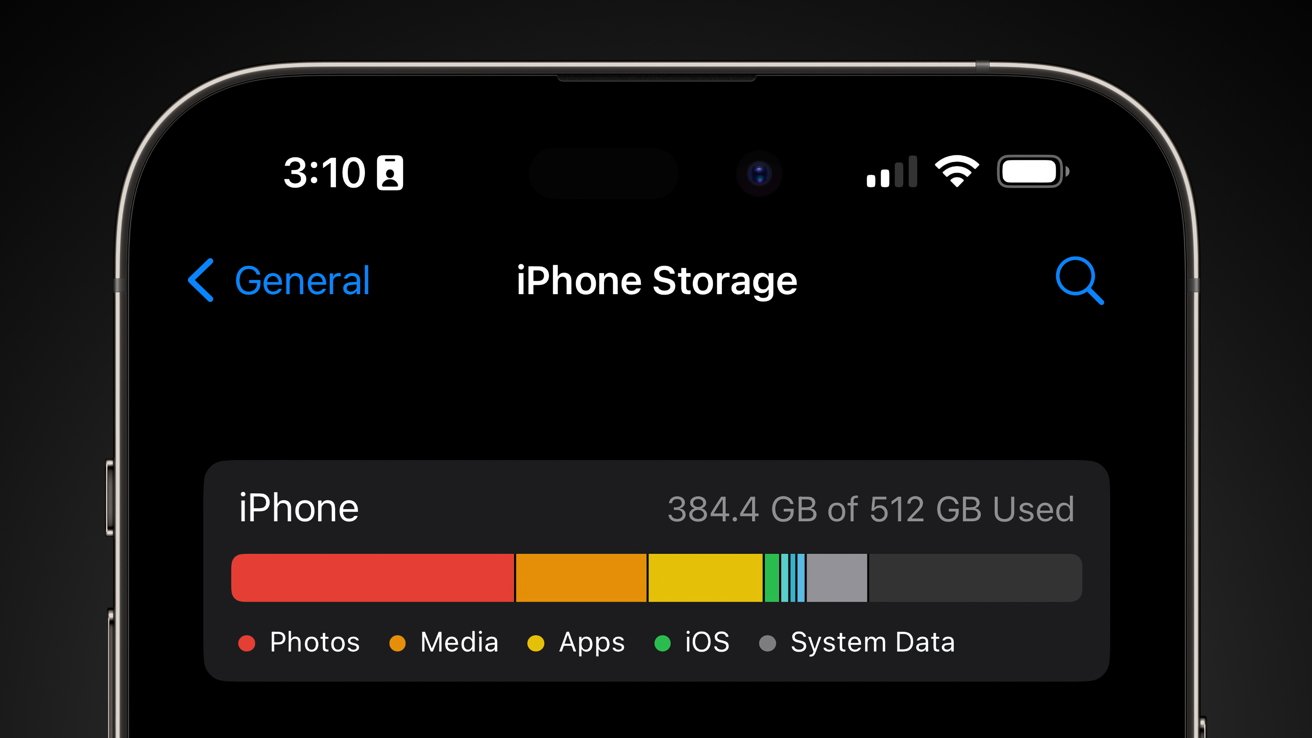 One TikTok video shared by user @nabeel_co got 2.8 million views and counting, claiming that Apple used "System Data" storage on iPhone as a planned obsolescence tactic. This has no basis in reality.

The user goes on to make other claims based on his history working for Apple. Saying that the company had actually cared about speeding up the iPhone, once, before Steve Jobs died. Now, Apple apparently profits from breaking users' devices on purpose, so... more people buy iPhones, he claims.

This claim is 100% unadulterated nonsense.

When asked for more dirt on Apple, he goes into a tirade about how AppleCare is used to "trick" customers into paying for defects. This unsubstantiated claim is demonstrably false, as Apple tends to swap products under AppleCare, at no cost. We've been on all sides of this equation, both as previous representatives of Apple, as recipients of service swaps under AppleCare, and without.

We're not sure why this TikTok creator has picked a bone with Apple, perhaps driven by a certain Twitter CEO. However, it is clear that people love to hear something controversial, no matter how easily proven false.

Even if the man is a former Apple employee, and we think he probably did some time at an Apple Store, the company has changed so much since his time there over 12 years ago that it is improbable that he knows how the company functions today. And, the claims he makes about how the company was then, are wrong too.

In one instance, he states that Apple has an internal policy not to address bugs that lead to users upgrading more often. We know without a doubt that this claim is a total lie.

Why do we know it's a complete lie? Because at AppleInsider we too have experience with working for Apple, and supporting users at retail in its own retail stores and outside of them. Our experience isn't limited to the '00s either -- ours dates back to the '80s at independent dealers all the way through the '10s at retail, specialists, service, and support continuously, and that's not even including what we do here, daily.

We can conclusively say without fear of contradiction that there has never been an Apple policy to not address bugs that lead to users buying new hardware. And we suspect there never will be.

System Data, and "Other"

The System Data storage on iPhone is space used by the device for caching and other processes. It is a flexible container that dumps data as the device storage fills up -- meaning that the user has no reason to delete it manually.

However, there are methods to delete the System Data from their device. Users can delete unused apps, clear caches, or even restore from a device backup. These steps are unnecessary but can give users peace of mind who are bothered by the storage allocation.

The TikTok user continues with various posts filled with, well, total bullshit and lies. The most recent video shares information about iPhone battery life that is so fundamentally wrong, we're not sure where to begin addressing it.

Oh, wait. We already did.

We at AppleInsider hope that we can keep our readers educated enough to identify such misinformation. The concept of planned obsolescence is so broken it only takes a moment of actual, coherent, thought to understand why it isn't happening.