AppleInsider
Posted: January 17, 2023 2:09PM
in Current Mac Hardware edited January 17
Apple has updated its 14-inch MacBook Pro and 16-inch MacBook Pro, with the main change being an upgrade of chips from the M1-series to the M2 Pro and M2 Max. 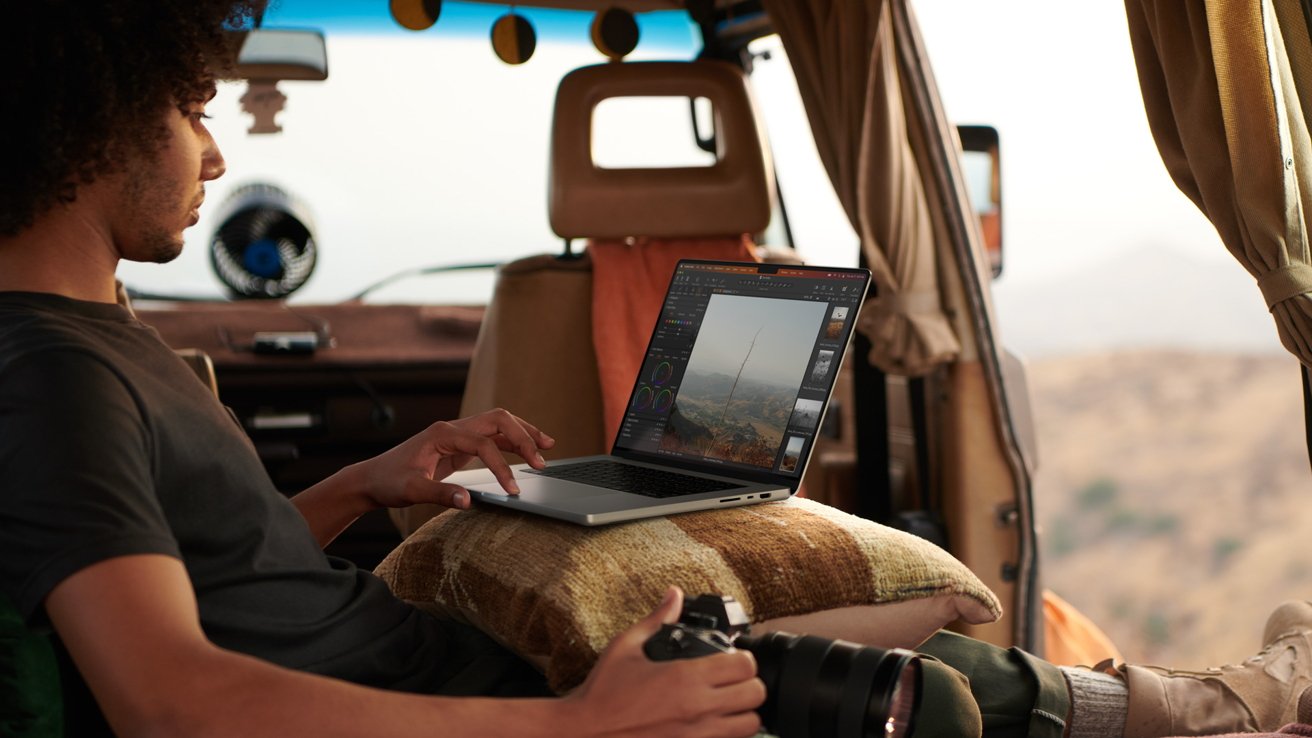 Introduced as one of a pair of surprise January press releases, the refresh of the 14-inch MacBook Pro and 16-inch MacBook Pro models are relatively straightforward, with it chiefly consisting of an internal spec bump.

Top of the agenda is Apple's chip change, migrating from the M1 Pro and M1 Max options in the previous generation to new counterparts: M2 Pro and M2 Max. 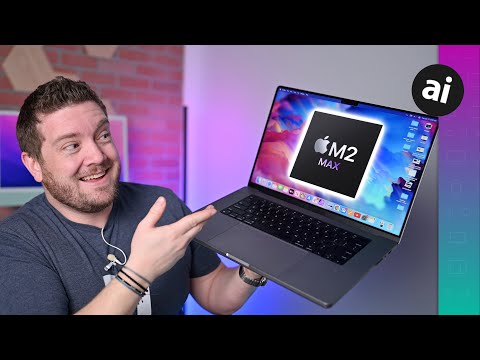 On the outside, the notebooks both remain practically unchanged, with respective 14.2-inch and 16.2-inch mini-LED backlit Liquid Retina XDR displays capable of up to 1,000 nits of brightness, 1,600 nits for HDR content, along with Wide color (P3) and True Tone support, and 120Hz ProMotion.

At the top of the screen is the heavily-criticized notch, containing the 1080p FaceTime HD camera.

On the sides are the usual selection of three Thunderbolt 4 USB-C ports, an HDMI port, and an SDXC card slot. A MagSafe 3 connector is also offered, which can work with the included 96W USB-C power adapter in the 14-inch model, 140W for the 16-inch. 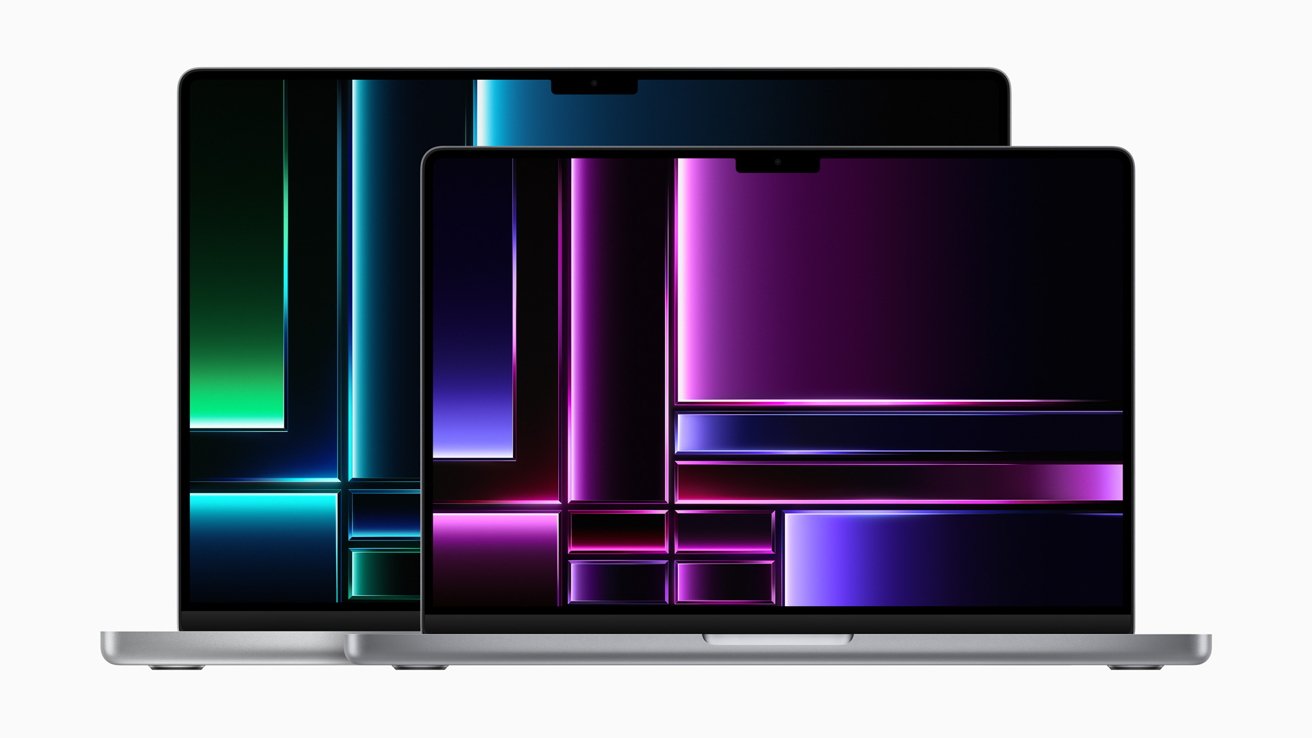 The HDMI port is capable of outputting 8K video for the first time and supports outputting in 4K 240Hz. Also, the new laptops support Wi-Fi 6E, which is up to twice as fast.

Battery life has increased to be rated at up to 22 hours of Apple TV app movie playback for the 16-inch MacBook Pro. The new Apple Silicon brings improved battery life ratings across the lineup.

The backlit Magic Keyboard makes a return with Touch ID, as well as the usual Force Touch trackpad.

"MacBook Pro with Apple silicon has been a game changer, empowering pros to push the limits of their workflows while on the go and do things they never thought possible on a laptop," said Greg Joswiak, Apple's senior vice president of Worldwide Marketing. "Today the MacBook Pro gets even better. With faster performance, enhanced connectivity, and the longest battery life ever in a Mac, along with the best display in a laptop, there's simply nothing else like it."

The M2 Pro uses a 10-core or 12-core CPU with up to eight high-performance and four high-efficiency cores for up to 20% greater performance over M1 Pro. It doubles M2 memory bandwidth to 200GB/s and supports up to 32GB of RAM.

The GPU for the M2 Pro has up to 19 cores and delivers up to 30% more graphics performance. The Neural Engine is also 40% faster. 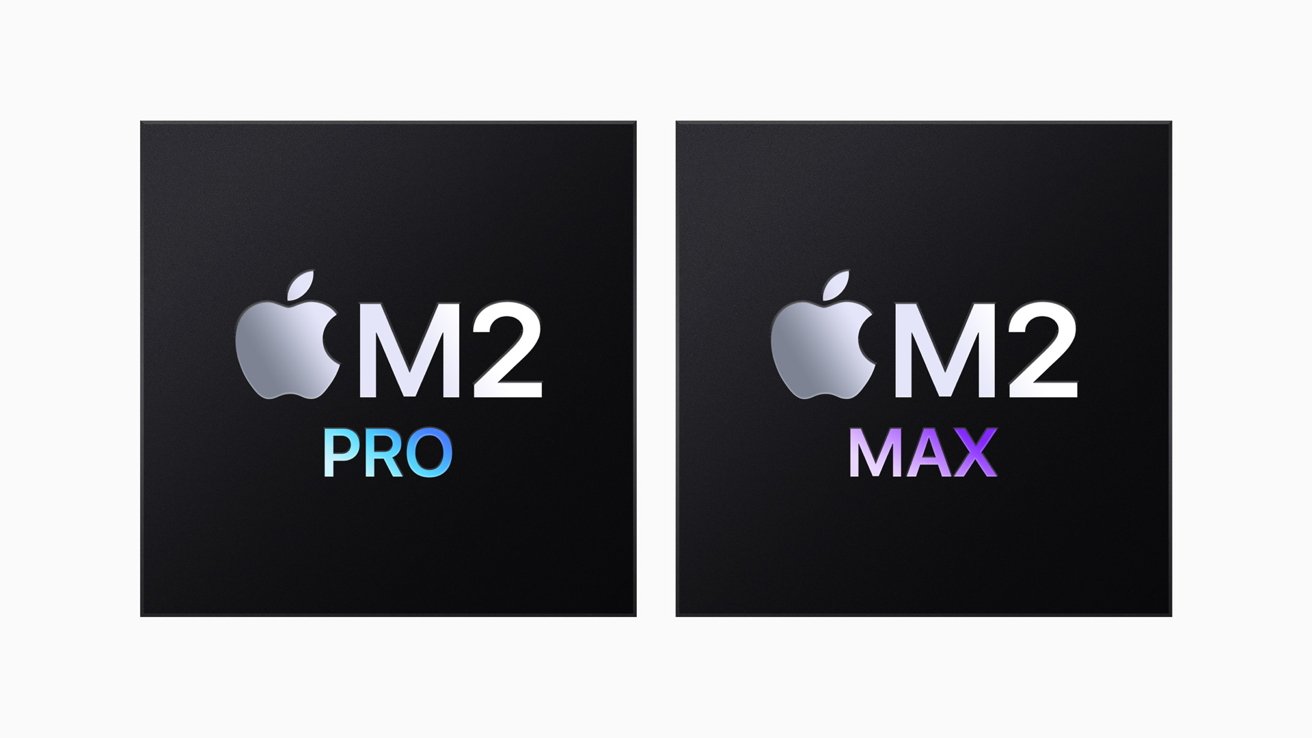 The CPU for the M2 Max has a 12-core CPU with up to eight high-performance and four high-efficiency cores with up to 20% greater performance over M1 Max. It has 400GB/s of unified memory bandwidth and can be configured with up to 96GB of RAM.

The M2 Max can be configured with up to a 38-core GPU with up to 30% graphics performance improvements over M1 Max. Apple says it is up to six times faster at effects rendering in Cinema 4D than the fastest Intel-based MacBook Pro.

Pre-orders for the new models start today, with initial shipments and in-store availability on January 24.