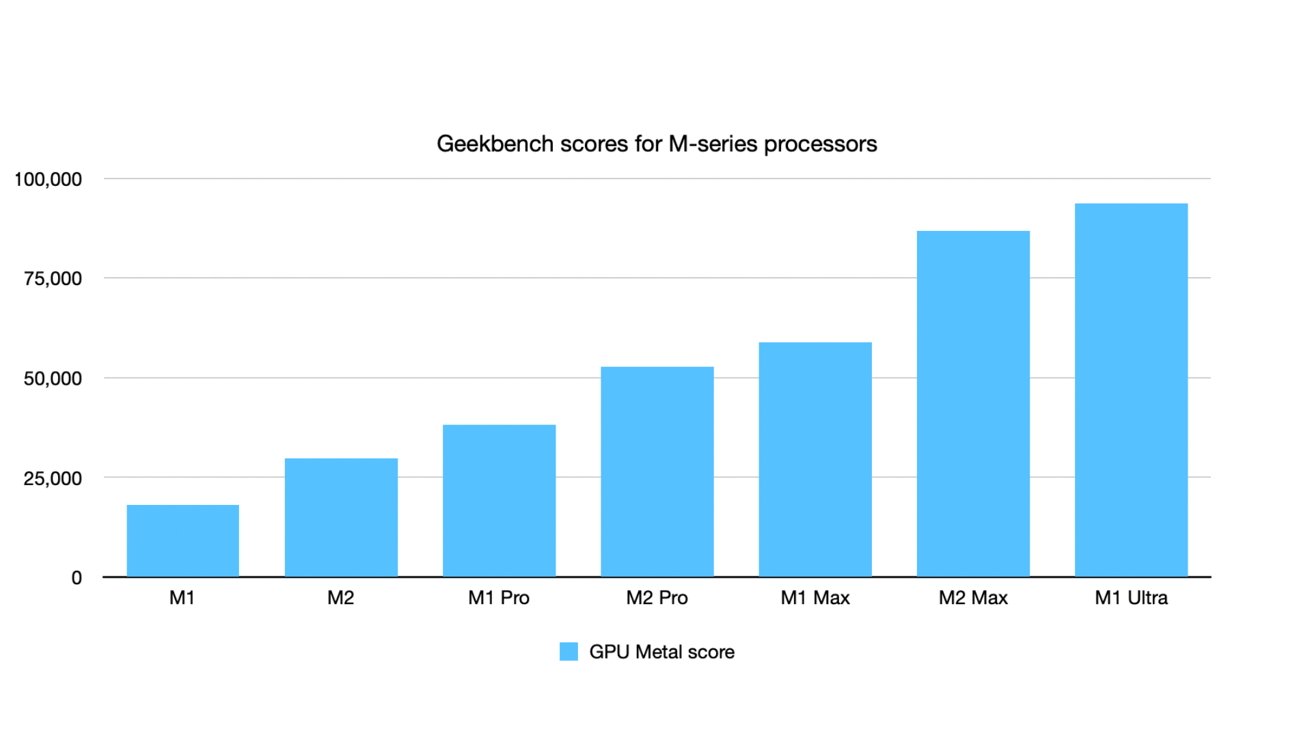 Reviewers have their hands on Apple's upcoming MacBook Pros, so public benchmark scores are inevitably showing up in Geekbench. The GPU scores show that Apple's claim of a 30% increase in both chips is accurate.

Scores can vary slightly based on environment, battery level, and other active processes.

The M2 Pro can be configured with up to a 19-core GPU, and the M2 Max can have up to a 38-core GPU. The score for the M2 Pro are for the 19-core GPU and 32GB of RAM configuration. The M2 Max test had 64GB of RAM and didn't list how many GPU cores were available.