Smith, who was one of the few developers selected to receive an early fourth-generation Apple TV dev kit, said the app is based on Les Bird's iMAME4all Xcode project and is shown running on tvOS beta 2.

"I created a target for tvOS and set about getting the code to compile for arm64 (Mandatory for AppleTV), fixed a varierty [sic] of compiler and linker errors," Smith said in his video's description. "Removed code which was incompatible with tvOS frameworks and simplified code to work on tvOS." 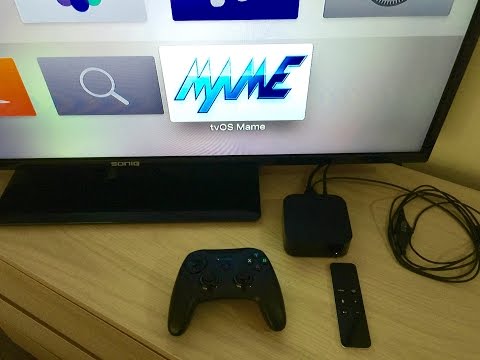 As noted by MacRumors, it is highly unlikely that Smith's MAME version will appear as a legitimate purchase option on the upcoming tvOS App Store. Apple's stance on emulator software has been quite strict and while a few have snuck onto the iOS App Store, either through rare App Store review team mistakes or hidden within apps, they were quickly pulled.

Apple is expected to launch Apple TV in October, though a firm date has not been announced.
«12»