AppleInsider
Posted: December 8, 2016 2:05PM
in General Discussion edited December 2016
Stars John Hodgman, Justin Long and the ad team responsible for Apple's 'Mac vs. PC' campaign -- launched in conjunction with the Intel Mac -- recently got together and talked about the evolution of the concept, other celebrity ad campaigns proposed and scuttled, and the difficulties of working with perfectionist Steve Jobs.

To mark the 10-year anniversary, Campaign US asked members of the creative team, the production crew, and the actors to share the untold stories of how the iconic campaign that ran until 2009 came to life.

Discussions about the Mac vs. PC campaign began with a Steve Jobs edict handed down in September 2005. No deadline, and few details were provided to TBWA\Chiat\Day, other than the fact that the new Intel Mac line needed a powerful ad campaign to back it.
The team shot 323 spots over three years just to get the 66 that made it on air.
"Do you really want to pound your competitor to the ground and look like the bully," said campaign Executive Producer Mike Refuerzo. "Thankfully at that point we were the underdog, so we could be a little more hard-hitting."

Other celebrities approached for different campaigns

Other ideas floated included a series of ads with Owen Wilson, involving the star showing up at a "PC guy's" house to stage an intervention.

After Apple committed resources into the campaign, Wilson allegedly strung the contract crew along for weeks before declining the project.

Similar concepts emerged with Will Ferrell, John Cusack, and Ben Stiller, none of which came to fruition.

To launch the process, Jobs reportedly just said that "the Mac needs a campaign," which pushed dozens of executives and creatives into the process to spawn ideas for presentation to the Apple CEO. As a result of the clarion call, for six months, the team presented between 10 and 15 ideas every week.

When an idea was accepted for further evaluation the team, including Jobs, would elaborate on the campaign to judge what it would look like outdoors, and how the same ideas on print would resolve.

"Steve demanded perfection. Just looking at a reflection on a screen at the 17-second mark, he'd tell the team, 'Stop, why didn't you do better with your lighting?'," said Creative Director Jason Sperling. "He was quite punishing if you didn't do it right."

Many pitches were outright rejected by Jobs, for the smallest of reasons.

"As we went through script after script, Steve kept saying, 'That's fucking stupid. That is so inane. Who the hell cares about that?'" added Sperling.

After what one participant said was seven months into the process, Jobs started questioning the ability of the team to produce what he so nebulously demanded.

"Where's my campaign," Jobs reportedly asked. "If you can't do it, we've got to find someone that can."

After the threat of the agency being fired from the project, two designers got "back to basics" and recounted the core of the project, realizing that they didn't need to explain to Mac people why Apple was a better choice, but needed to point out problems with the PC to Windows users.

"Let's make it really simple," said Associate Creative Director Barton Corley. "A Mac walks into the room right now. What does he say?"

"'Hello, I'm a Mac.'" Creative Director Scott Trattner said, "Yeah, and there could be a guy who says, 'I'm a PC,' and they talk about being computers."

The "Virus" ad was the first script written for the campaign, with Jobs demanding Justin Long being brought in for the role of the Mac. 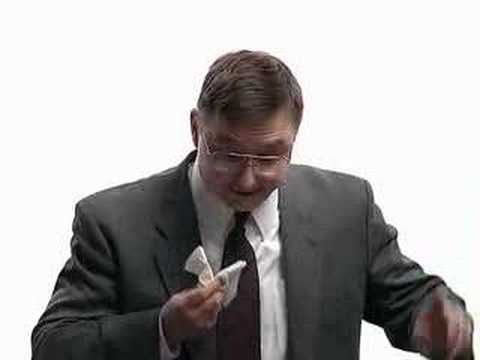 "Obviously I read for the PC, which I found to be a little bit surprising, because at that point I was about to turn 35--I still considered myself to be a 24-year-old thin, cool person," said actor John Hodgman about being called into audition. "I just needed to look terrible. Even without clothes on, I was already 90 percent there."

The actors nearly immediately changed the focus of the characters, and turned the Mac and PC characters into friends, versus the adversarial relationship that the initial scripts suggested.

"I knew in the first week we were shooting that they were really special," said Trattner about shooting the spots. "Their chemistry, the purity of the story, that what we created was really special."

The team shot 12 spots in the first round. Jobs denied eight of them, focusing on "the ones that were great."

The team shot 323 spots over three years just to get the 66 that made it on air. The final spots were shot in October 2009, as Jobs announced the iPad the following January and the company's focus changed.

Jobs also shot down several spots in the same campaign related to the iPhone.

"There is a lot of great Apple advertising, but I think Mac and PC was the best of Apple because it managed to do something that was completely surprising and unprecedented," said Executive Creative Director Eric Grunbaum. "Yet at the same time, totally rooted in the brand and in the tradition and what makes Apple, Apple."

The U.S. duo were dubbed in many markets. For the U.K. market, the ads were recast with the popular British comedy double act Mitchell and Webb in the lead roles. A popular comedy duo in Japan were tapped for ads in that market.

Mitchell and Webb in the U.K. "get a Mac" campaign

"I remember this feeling of it had gone on too long until it stopped." said Long. "And then it wasn't enough."

"If it sounds like I'm at peace with the fact that it is over and I've now moved on with my life, let me assure you, I am not at all at peace," added Hodgman. "I would like to be working, doing those ads right now, and I want you to please call Jason (Sperling) and tell him. I am in wardrobe, ready to go, anytime."