AppleInsider
Posted: April 18, 2018 5:16PM
in Future Apple Hardware edited December 2019
Apple has teased users for over a year about a major revamp of the Mac Pro. A new and improved model, meant to usurp the "thermally challenged" cylindrical Mac Pro that debuted years ago is coming in 2019, and this got us thinking about what we hope to see when Apple finally ships. 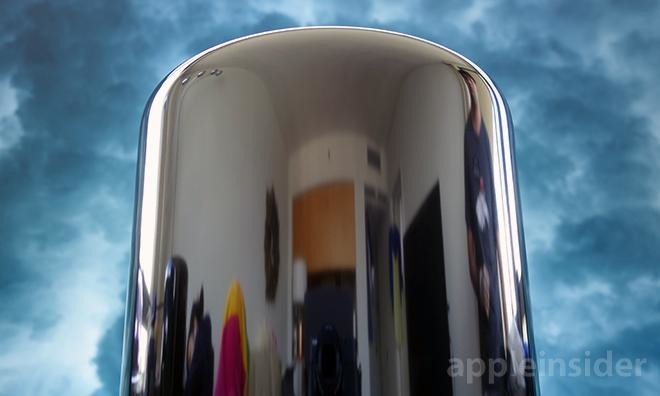 Every pro user is going to be different in their needs. One might have storage-heavy needs, requiring dozens of terabytes of storage, with others needing as many CPUs as possible, and others demanding multiple powerful graphics cards.

If you haven't explored the existing Mac Pro in, you can get a refresher from our previous video. It is a good starting point before exploring what could be coming down the pipeline. 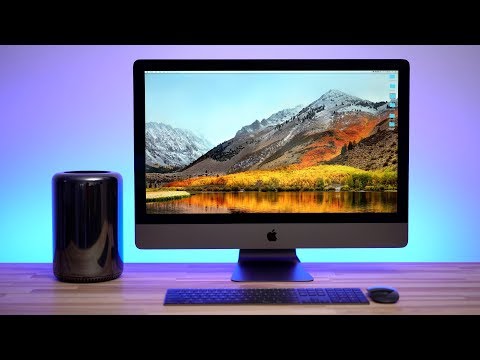 While Apple has pushed the release date of the redesign back to 2019, here is our list of what we'd like Apple to incorporate into their next-gen pro machine.

More modular design -- and a discussion of what that means beforehand

This one is supposedly coming, though we aren't certain what shape it will inevitably take, or how modular it will in fact be -- or for that matter, what Apple very specifically means by the term.

The current cylindrical design is extremely hard to upgrade, with soldered-in or proprietary parts, but can still theoretically be called "modular" if you count the Thunderbolt 2 ports. The dual-GPUs in the machine are still PCI-e based, but require a special design to actually fit and be properly cooled. Really, only the SSD's and RAM are easily swappable for upgraded options down the line. 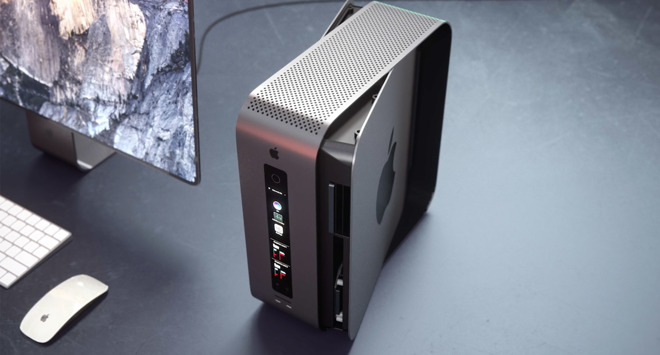 Many loved the "cheese grater" tower design that debuted with the PowerMac G5 and evolved into the Intel-based Mac Pro tower because there was ample room and upgrade possibilities. Graphics cards, additional drives, RAM all could be easily swapped out for many off-the-shelf components.

Apple doesn't tend to look back, but we'd prefer some design that is somewhere between the tower-case of old, and the svelte (but impractical) cylinder of 2013 -- and doesn't become a loud wind-tunnel when under load.

When looking for graphics -- which many pros are -- most usually look at Nvidia.

For the past several years, Apple has adopted AMD cards instead. The reasoning behind the move is complicated, but it stems from a disagreement between the two companies and AMD's willingness to work more closely with Apple.

There is rumor Apple is developing their own GPU options, possibly to go alongside their own CPUs, but those aren't slated to hit the scene until 2020 at the earliest.

If it were up to us, Apple would be putting in the latest Nvidia GPU's, but we still expect them to choose AMD once more this time around.

As a middle ground, Apple could at least choose to use standard graphics cards that are user upgradable. Letting us swap our own cards means we can get longer lives out of our machines, something pros are always looking for.

But, we're not sure we're going to get our wish for universal GPU support. While drivers are supplied for Nvidia cards by the company itself, they aren't allowed in the new eGPU support in High Sierra, without third-party hacks which may need to be refreshed after every OS update.

Flash storage is once more, a given. We just hope that Apple will upgrade the base storage from 256GB to 512GB. Any pro is going to need more than 256GB. It is borderline insulting that Apple continues to ship such small amounts of storage in their devices, and that should not be the case for a pro machine.

Alongside larger amounts of base storage, we also want additional internal SSD slots. This will allow users to continually add additional storage as they see fit.

We've heard some people looking for 2.5-inch SSD bays, but personally don't see this as necessary. Third-party manufacturers like OWC have released their own compatible SSDs, making it much easier to find one that would fit. Using the same compact SSDs will also save on space.

Ideally, a standard M.2 drive would be the best. But, given that Apple went their own way with the MacBook Pro, and the 6,1 Mac Pro, we're not sure we're going to get what we want. 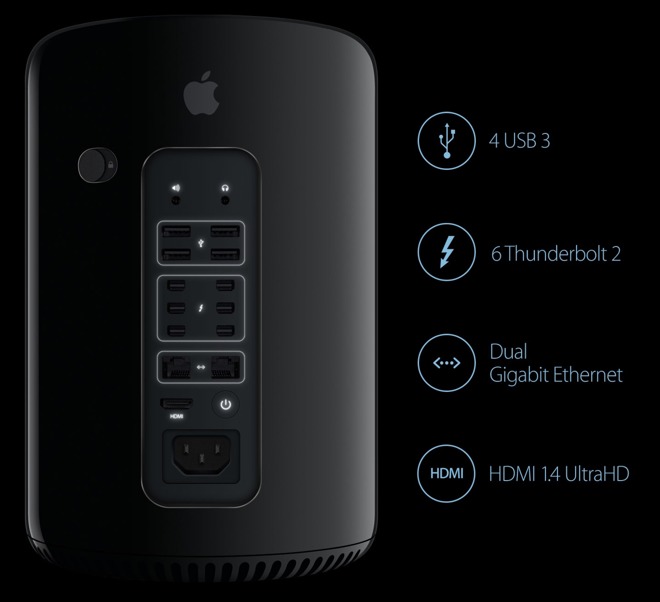 It goes without saying that the latest Mac Pro will be heavily outfitted with Thunderbolt 3 ports. How many is another question. I would expect six to be included, though we'd prefer if Apple upped this to eight. Available PCI-e channels might be an issue -- but more on that in a bit.

Those familiar with Thunderbolt know that it can be daisy chained, which could offset some of the need for additional ports. Unfortunately, many third-party accessories don't include the second Thunderbolt 3 port that would be necessary. We have plenty of Thunderbolt hard drives lying around, all that have a sole port, which means if you intend to connect several of them, you need more ports on the Mac.

All of the others ports included on the Pro would be welcomed, though we wouldn't be terribly upset of HDMI was removed, as well as two of the USB 3.0 ports.

This may be controversial, but with the number of HDMI or DisplayPort to USB-C cables around, there is no need to keep the legacy port in a pro-level machine. We've also moved almost all of our workflow to USB-C over the past year, and many accessory makers have as well. There is still a long way to go, but between new accessories and replacement USB-C cables, USB 3.0 type-A ports are also not as important as they used to be, and will be even less relevant in 2019.

Pull the USB-A band-aid off if you're using a desktop. You won't be sorry.

Anyway, this all said, Thunderbolt 4 might be around the corner because...

A conversation about ports and GPU options has to include a discussion about PCI-e. In October 2017 after a few false starts, finalized the PCI Express 4.0 standard, and supplied specifications to manufacturers.

In short, the new technologies allow double the data transfer rate as PCI-e 3, reduced system latency, better scaling for additional lanes, and improved platform integration. This would basically remove any bottlenecks that Thunderbolt 3 currently applies to modern external GPUs when under heavy load.

It would also allow for faster or more internal flash storage, as the drives are dependent on high-speed PCI-e channels for the rapid data transfer to and from the computer. Plus, that whole multiple GPU concept would also be enhanced by the adoption of the technology.

PCI-e 5.0 is expected to be released in the first half of 2019 and would be faster yet doubling the peak speed yet again -- but we aren't holding our breath, given the time it took to roll out PCI-e 4.0.

In the myriad discussions we've had about the Mac Pro, our readers seem to want upgradeable CPUs. However, this has never been something that Apple has explicitly allowed, even if it was technically possible.

The G3 and G4 upgrades from the PowerPC 603 and 604 machines were a hack, as were faster G4 processor cards. CPU upgrades for Mac Pro towers, and even the 6,1 cylindrical Mac Pro, were only possible because of the nature of the Xeon processors included, and not by any engineering fiat by Apple.

So, there is no chance Apple would willfully allow users to replace the CPU on their machine. That makes it all the more important to launch with the latest CPUs, and be updated frequently.

Intel has rarely hit its delivery targets for the last few years. What we want to see is the newest, and best, Xeon silicon that Intel can bring to bear. We very specifically don't want Apple using the 2018 chips in a 2019 machine, since we're already waiting for whatever Intel gets around to delivering.

There is little doubt that the Mac Pro will be expensive, and understandably so given the Intel processor pricing. The single processor in an iMac Pro is at the very least $1000 and can be upwards of $3300, according to Intel's volume pricing. We're sure that Apple gets a break on this, though.

We can see that there is an admittedly small crowd of people who would like the modularity and expandability of a pro machine, even if they don't need the raw power of one. What we are hoping for, is a more affordably priced base model. If the Mac Pro is as upgradable as we hope, there is a chance there will be a more affordable base model that users could upgrade themselves over time.

Still, this seems quite unlikely to happen. Money spent on upgrades would go to others besides Apple, something they probably aren't too keen on. 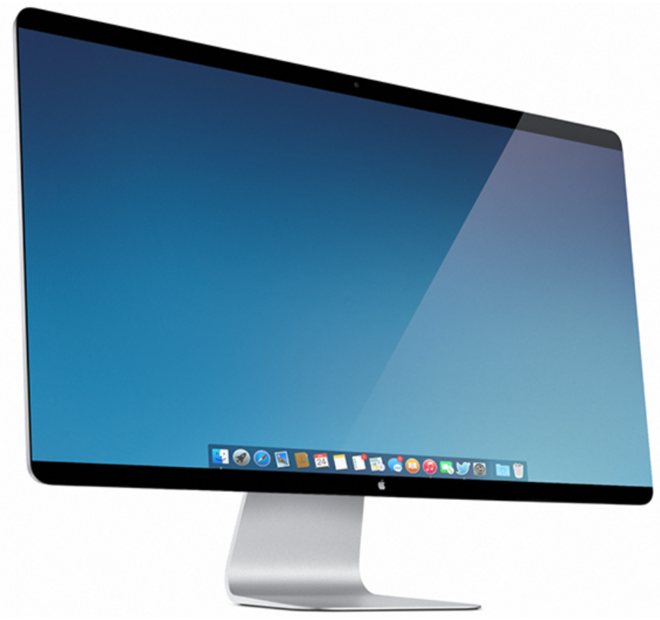 Apple discontinued their own first-party displays, recommending third-party monitors to customers instead. They even worked with LG on their Thunderbolt 3 displays.

Apple said new Apple-branded displays will be forthcoming. Originally, they were slated to ship in 2018, but there is no official word on whether they too, like the Mac Pro, were delayed until 2019.

We are really pulling for both 4K and 5K Thunderbolt 3 displays. Hopefully, Apple also knows that non-pros will be buying these monitors as well, and doesn't price the entire lineup too astronomically.

What we'd rather not see is a Thunderbolt 3 monitor with an integrated GPU. Save that for PCI-e enclosures, and keep the costs down on the display.

What we want and need, versus what we expect

All of Apple's talk, and pre-announcement, of the new Mac Pro has set some lofty expectations for more than just the pro community. Waiting until 2019 to release the machine, as well as announcing the creation of a pro workflow team, has done nothing but spur further speculation and increase anticipation.

Whether this is good or bad is up to the reader to decide for themselves -- but you know where we stand on the matter. Regarding the engineering itself, there is always something new on the horizon. It's past time for Apple to set the design, and execute, if it wants to keep any of the "pro" users that are complaining about the state of hardware as it stands.


Be sure to check out our other wish lists, including those on the Apple Watch, Siri, HomeKit, and CarPlay.
«1234»