AppleInsider
Posted: June 18, 2018 12:14PM
in General Discussion
Apple's smart speaker has arrived in three more countries, with customers in France, Germany, and Canada now able to buy the HomePod from regional retailers as well as from Apple directly, just over four months after the intelligent audio device initially shipped.

The HomePod is available to purchase in each country's regional online Apple Store, as well as physical Apple retail outlets and other major third-party retailers. According to the online Apple stores, the HomePod is being sold for 349 euro ($405) in France and Germany, and CAD $449 ($349) in Canada.

Confirmed by Apple in late May, the launch of the HomePod doubles the number of countries it is available for purchase within to six, with the trio of new countries joining the United States, United Kingdom, and Australia.

The launch in the new countries was preempted by an expansion of Siri's linguistic capabilities on the HomePod, via firmware released at the end of May. Language options for French, German, and Canadian English were made available, though the online Apple Store for Canada advises Canadian French language support will be arriving later this year. 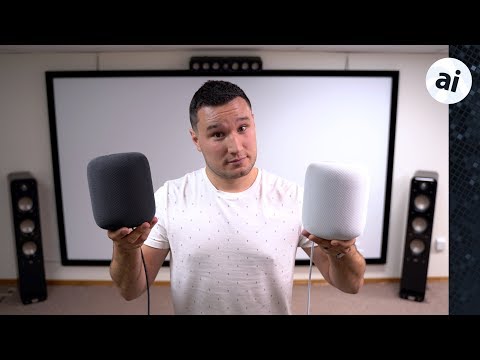 It is likely Apple will bring HomePod to more regions later this year, though it is unknown which markets will be targeted next. The rollout will probably be similar in structure, with a firmware enabling more language options preceding availability.

Other than pricing and different plugs for electrical outlets, the version of the HomePod provided in the new countries will be physically and functionally identical to versions sold elsewhere.

The firmware update also introduced a number of key features to the HomePod alongside extended language support, such as support for AirPlay 2, Apple's new protocol for audio streaming. The same update also enabled stereo pairing, which allows two HomePods to provide left and right channels of stereo audio, and provided Siri with calendar support.