AppleInsider
Posted: January 7, 2019 12:49PM
in General Discussion
Belkin has introduced a collection of BoostCharge cables for connecting devices requiring power to chargers and power banks, with the series featuring the first third-party USB-C to Lightning cable that has been approved by Apple. 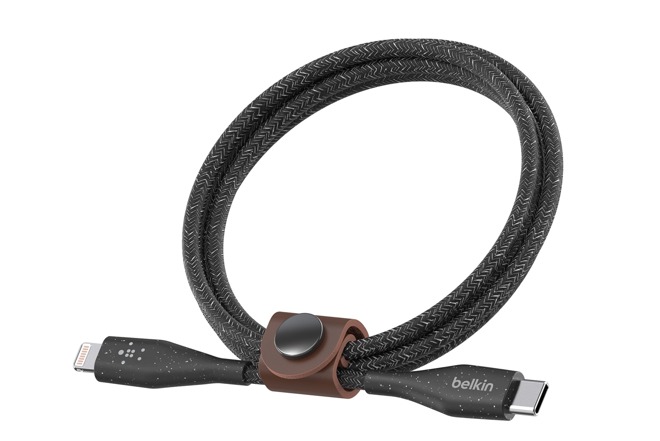 The BoostCharge USB-C to Lightning cables, arriving along with more conventional variants for USB-A to USB-C and USB-A to Lightning, is a notable release as the first of its kind. Previously, the only official USB-C to Lightning cable was produced by Apple, which did not previously allow any third-party accessory vendors to create their own, a stance that the iPhone maker has since changed.

Apple started warning manufacturers about the change in September, before offering specific Lightning connector components up for preorder in December. Belkin is the first to have taken advantage of the components, but is likely to be followed by other firms keen to capture a piece of a relatively one-sided market.

The BoostCharge cables are offered in 4-foot, 6-foot, and 10-foot lengths, and are designed for maximum durability and strength using a material called DuraTek. Accompanying each of the speckled cables is a leather strap, to help keep cables looped and prevent tangling while stowed away.