There is no difference between how Apple is handling Roger Stone's or the San Bernardino s...

AppleInsider
Posted: February 8, 2019 7:18PM
in General Discussion edited February 2019
Once again, social media is ablaze with accusations that Roger Stone and the San Bernardino shooters are being treated differently by Apple in regards to iCloud data -- but in the real world, there is no difference between how the iCloud data turnover was handled by Apple. AppleInsider breaks it down. 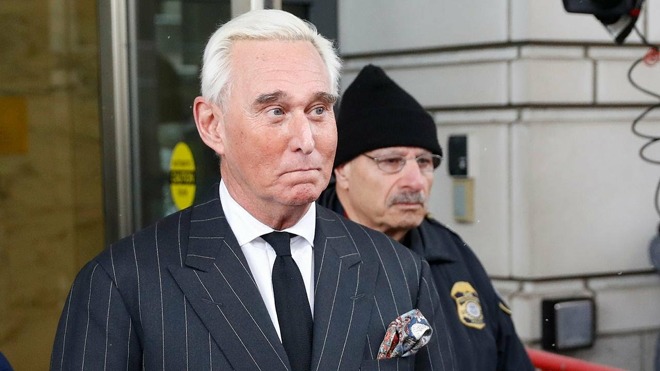 In the summer of 2018, the office of Special Counsel Robert Mueller was preparing for trial against former Trump campaign manager Paul Manafort. It was widely reported in June of that year, that Manafort had made a monumental blunder in regard to operational security. While communicating with potential witnesses via WhatsApp, Manafort had inadvertently backed up the communications, unencrypted, to his iCloud account.

Investigators obtained a warrant to access that account and uncovered evidence that Manafort had tampered with witnesses. This led to additional charges, to which Manafort ultimately pled guilty. The ex-campaign manager, who later breached his cooperation agreement, is now looking at significant prison time.

However, the iCloud side of the Manafort case caused a talking point to emerge, that Apple was guilty of a double standard. But, the problem with that assumption is that Apple treats all search warrants the same, regardless of who they are for.

The argument went that Apple had refused to create a backdoor for the iPhone in the case of the one of the San Bernardino shooters following the December 2015 shooting. Yet, they were perfectly willing to easily hand over Manafort's iCloud data. Why protect the privacy of terrorists, when they won't do it for everybody?

More advanced versions of the theory, including one pushed on Fox News, stated that Robert Mueller and Tim Cook must be in cahoots against Donald Trump, since Mueller once worked for a law firm that represented Apple. That Fox segment happened to air the same August evening in which Cook was meeting with President Trump himself, as Trump's New Jersey golf course. The argument was always very clearly false, while betraying a misunderstanding of how iCloud and encryption technologies work.

Law enforcement obtaining a warrant for iCloud data is completely unremarkable. It is spelled out for users that Apple can and will surrender everything that they have in the Terms of Service to which every iCloud user agrees.

Data from Stone, Manafort, and the San Bernardino shooters were all provided to law enforcement after Apple was served by the warrant. None of the three were singled out or treated unfairly.

The San Bernardino case, on the other hand, had an additional twist. In an entirely different legal motion, the courts decided that the U.S. government request to bypass Apple's own security on hardware was reasonable, and ordered Apple to do so. This second order is a completely different one, not a search warrant, and unrelated to iCloud data.

So now the same theories have been resurrected, in the case of Roger Stone.

Roger Stone is a longtime political operative who was officially part of Trump's campaign in its early stages in 2015, and continued to informally advise Trump for the next couple of years. He was arrested January 25 and indicted on seven counts, including lying to Congress, obstruction of justice and witness tampering, all in connection with the Mueller probe.

According to CNN, the FBI obtained warrants to search multiple residences of Stone's, while also seizing a large cache of electronic devices. As cited by CNN was a court document filed by the special counsel that stated the evidence collected from Stone includes discovery and rifling through data that is "voluminous and complex."

No passwords were requested. Nothing has been unlocked. All of this data was all obtained properly, through search warrants, exactly like it was in the San Bernardino case, and all will be shared with Stone's legal team through standard discovery. In addition, that evidence was all obtained after Stone's arrest, and wasn't some kind of pre-arrest extra-judicial tap that Apple cooperated with.

The original indictment cites earlier access to Stone's communications, including the implication that Mueller had obtained evidence from WhatsApp messages. A Quartz analysis speculated either that Stone had made the same blunder as Manafort, or perhaps that one of the people with whom Stone had communicated had given up the conversations to prosecutors.

The iCloud angle in relation to Stone's devices went mostly unremarked upon in the media in the first two weeks after Stone's arrest. But on Thursday, several websites began pushing the familiar Stone/iCloud/San Bernardino talking point, some of them citing AppleInsider's Apple Crime Blotter column from last Sunday, which led with an item about the Stone evidence.

"Apple Gives Deep State Access To Roger Stone's iCloud Account, After Refusing To Violate Privacy of San Bernardino Terrorists," The Gateway Pundit's headline said. "What exactly was Apple threatened with by Robert Mueller and the Office of the Special Counsel for them to abandon their firm stance against turning over user data and access to federal investigators?," Gateway Pundit went on to ask.

While Fox News and other more mainstream outlets on the right sat this one out, The Drudge Report pushed the Gateway story, using the much less sensationalistic headline "Apple Turns Over Roger Stone's iCloud to Special Counsel" -- but still pushing the same half-told story, conflating the iCloud search warrant, with the unlock demand.

There are countless more social media hot takes in a similar vein, and all of them are bereft of the whole story.

Even Stone, who has been giving frequent media interviews since his indictment, has shared the talking point himself.

"It's rather incredible that Apple refuses to turn over the password for the Pulse nightclub killer or the San Bernardino mass murderer in order to protect their privacy rights but is more than happy to turn over my password to Robert Mueller," Stone said in an interview with "Coburn" of The Spectator newspaper in the U.K.

"Nothing on my iCloud shows any evidence of Russian collusion, WikiLeaks collaboration or any evidence that I knew about the source or content of either allegedly hacked or allegedly stolen emails," Stone continued. "They will however find many excellent pictures of my Nixon tattoo."

Stone continues to be short on facts with his statements. The Pulse nightclub killer used a Samsung phone. And, law enforcement has not pursued an unlock like it did in the San Bernardino case.

In the San Bernardino case, the shooter was already dead and there was no privacy to protect. Apple's anti-backdoor stance has more to do with not wanting to give law enforcement the ability to casually break the encryption of any of the physical devices that it provides, for any user. Law enforcement claims that any backdoor it could be given would remain a secret, but how it broke into the San Bernardino shooter's phone was kept away from prying eyes for about two weeks before it got out.

Furthermore, as with Stone's former business partner Manafort, the data was obtained through standard, routine, and completely legal channels. Rather than taken by a "deep state," it was obtained by prosecutors and shared with the defendant's attorneys, just like evidence in every other criminal trial.

Paul Manafort was convicted, in part, on evidence obtained via his iCloud, and there's a chance Roger Stone will be as well. No one quite knows how the Mueller probe will turn out, but it's very clear that there's no Deep State plot to illicitly steal the iCloud data of Trump advisers.

AppleInsider isn't taking a stance for or against the Mueller investigation, or for or against President Trump in this regard. However, these are the facts behind what happened with Stone's iCloud warrant, and with the San Bernardino shooter's iCloud data collection and follow-on order. Conflating the two for a talking point and saying that there is a double-standard is irresponsible, and contrary to the facts of the matter.
«12»