AppleInsider
Posted: February 28, 2019 1:29PM
in General Discussion edited February 2019
Apple has contacted the makers of podcasts hosted on iTunes and details how they should write the metadata that details the show, episode and so on, with the biggest changes forbidding podcast show names in titles as well as banning episode numbers. 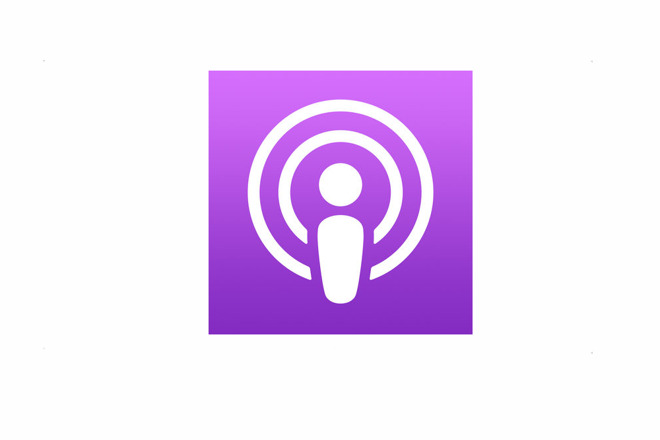 Apple has emailed podcast producers with advice on how to describe or list their shows -- and says that failure to follow these instructions "could result in your show being rejected ro removed." The instructions are mostly sensible advice on topics such as not forgetting to write an episode description, but some of Apple's guidelines are causing confusion and may prove problematic.

Headlined "Optomize Your Show's Metadata," the email describes metadata as "your product packaging." It points out that writing this well helps listeners find your show but also says that poor-quality metadata affects the company's aim to "ensure our platform meets Apple's quality standards."

As well as advising producers to write non-generic descriptions and avoid placeholder text, the email says that they shouldn't make the description be a verbatim repeat of the title or author name.

The new rules are ostensibly about presenting useful, clear information that can be displayed against a podcast series or episode title. However, Apple then specifies that podcasters should avoid putting episode numbers in titles.

Podcasters have legitimate reasons to include a number in their episode titles. The West Wing Weekly for instance, currently has around 120 episodes and every one's title begins with a number. Each edition examines one episode of The West Wing television drama and its titles begin with the season and the number of that episode. 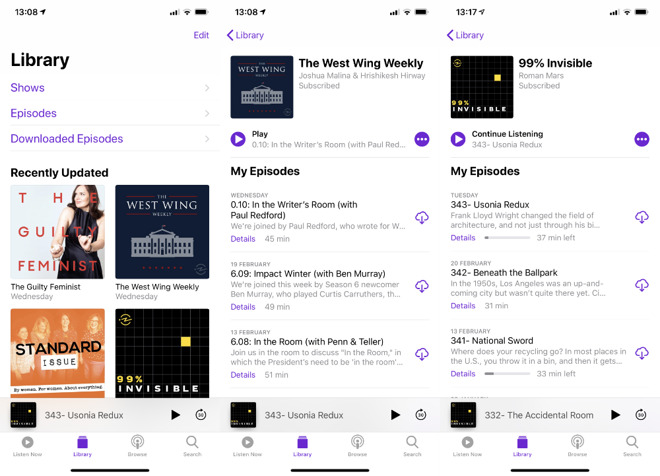 Apple's Podcast app with (center, right) two very well-made shows that may be affected by these rules

Similarly, a podcast like the design series 99% Invisible -- which has a number in its show title -- will periodically run linked episodes with titles such as Mini Stories: Volume 5. The aim is to help people find other parts in those linked episodes and that is surely useful.

That show does also include a number in its episode titles, as do many others, and the most recent edition is 343 Usonia Redux. The email from Apple is not at all clear about whether a show like this will have to strip out the numbers forcing a re-index the content. Series like 99% Invisible are among the very best-produced podcasts on iTunes and Apple's email is not at all clear about whether it or others will have to re-do the metadata for hundreds of episodes.

AppleInsider has reached out to Apple for comment and clarification of the new rules, including timetables for when it expects the changes to have been made.

Update: It appears that Apple has reconsidered its podcast episode naming policy, and in a follow-up email to content creators said, "Your Show Won't Be Removed for Having Episode Numbers in Episode Titles."
«12»