AppleInsider
Posted: May 21, 2019 1:11PM
in General Discussion edited May 2019
Apple is now highlighting new features that allow publishers to put content in front of willing subscribers with more ease, and the company also says that hundreds of people are working away to make the service even better. 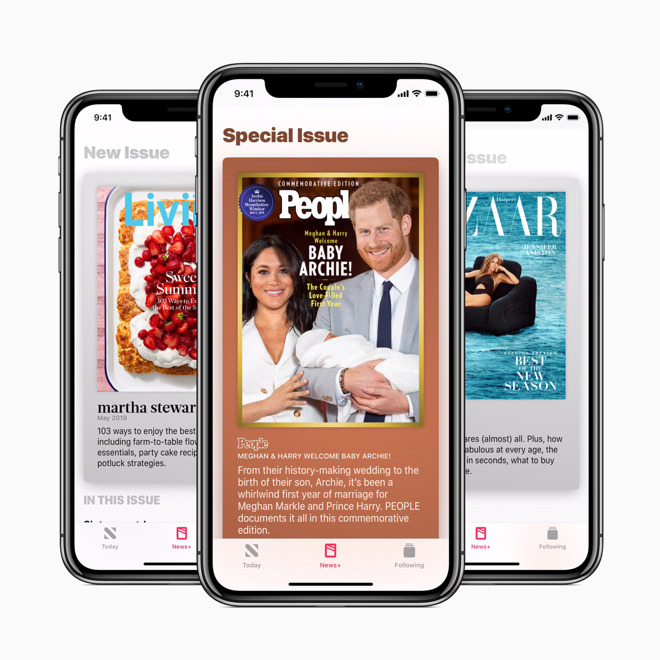 "We've heard a lot of great feedback from the hundreds of publishers available in Apple News+. The latest updates to Apple News+ aim to best showcase their incredible journalism and put the most trusted news sources at readers' fingertips," said Apple's Senior Vice President of Internet Software and Services Eddy Cue. "Apple News+ customers are very engaged readers, with most visiting the News app daily. Hundreds of people at Apple, across editorial, engineering, marketing and design teams, are working to make Apple News+ the best experience for people who love reading their favorite titles and discovering new stories."

Apple's highlights of the addition includes breakdowns of how The Hightlight by Vox, People, Harper's Bazaar, Town & Country, Martha Stewart Living, and Popular Science have all used the service, and the subscription additions.

Still absent from Apple News+ are major publications like The Washington Post and The New York Times. Cue frequently visited both publications prior to launch in attempts to strike an amicable deal.