AppleInsider
Posted: June 17, 2019 3:43PM
in iPad edited January 2021
The Adonit Note is an Apple Pencil alternative for the sixth generation iPad, iPad mini 5, third generation iPad Air, as well as the 2018 iPad Pro lineup. Should you pick this up? 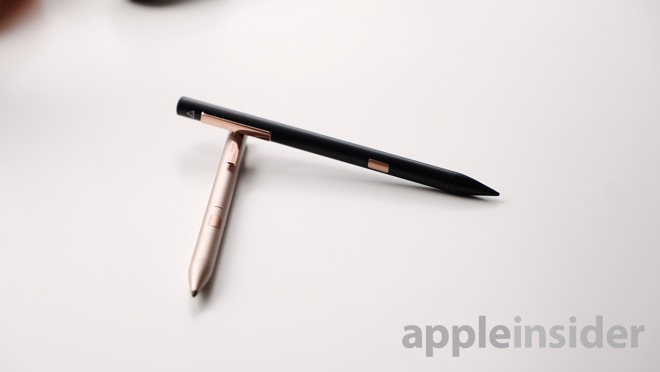 Adonit Note in Black and Gold

The Adonit Note is a great alternative for those who want an entry to Apple's Pencil ecosystem. It doesn't officially state that it's using Apple's Pencil technology, but it works like one.

Just like the Logitech Crayon, you don't need to toggle Bluetooth on and connect the pen, just turn the Note on and you're connected immediately. 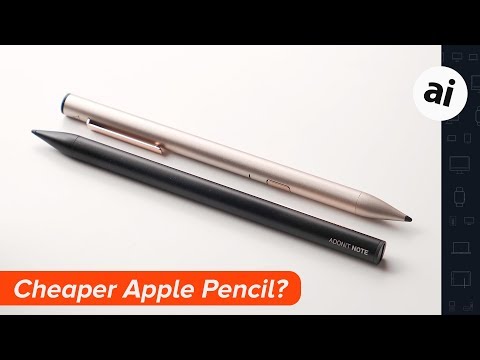 The Adonit Note mimics a fine pen. It is sleek and lightweight, making it a good choice for for jotting down notes. The Note comes in two different colors, black, and gold, with both colors having a copper color accent.

There's a power button about a third way up the barrel of the pen. That location is prone to pressing accidentally, which is unfortunate.

You have to make compromises for its price

The tip of the pen is also removable just like the Apple Pencil, but unfortunately Adonit didn't include an extra tip in the box. A pack of three will be available for $15 in the near future. 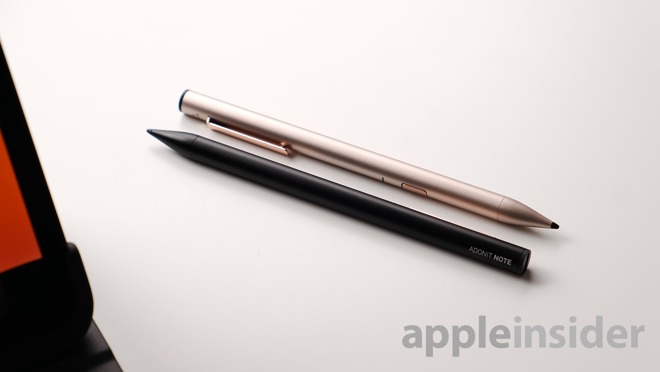 Adonit Note in Black and Gold

A micro-USB port is used to charge the battery, and Adonit says you can get an hour of use in just 4 minutes. We wish that the charging port was Lightning or USB-C, but unfortunately we're left with micro-USB in 2019. 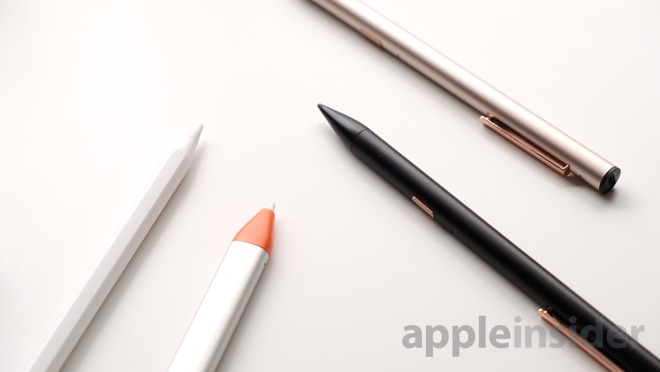 It's not for illustrators

Lacking pressure sensitivity, the Adonit Note isn't really an accessory for digital artists. It does offer tilt just like the Logitech Crayon. It also offers palm rejection technology so you won't have any erroneous input when drawing or jotting down notes. 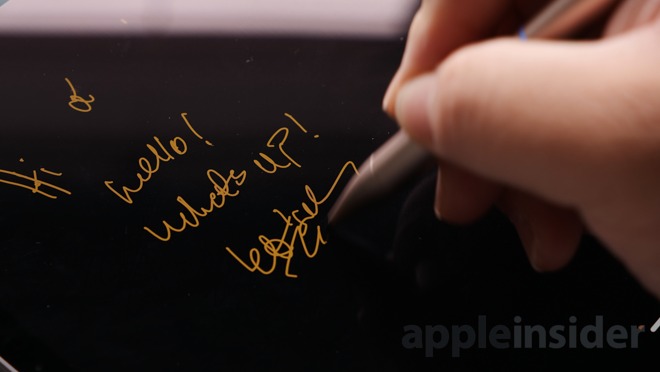 If you're in the market for a stylus for your brand new iPad, definitely consider checking out the Adonit Note, but just be aware of the compromises you'll run into such as charging with micro-USB, and the not having pressure sensitivity like the Apple Pencil.

Check out Amazon for all three options. The Adonit Note retails for just $49, while the Apple Pencil rings in at $129, and the Logitech Crayon sells for $49.