How iTunes went from simple to perplexing -- and gone

AppleInsider
Posted: June 27, 2019 7:55PM
in General Discussion edited February 2021
The app that made it so easy to play music on your Mac that transformed the entire music industry has gone, but the legacy lives on in Apple Music and more. Now that Apple has scrapped the omnibus iTunes app and broken it up into multiple parts, AppleInsider looks at what went so right -- and then so wrong. 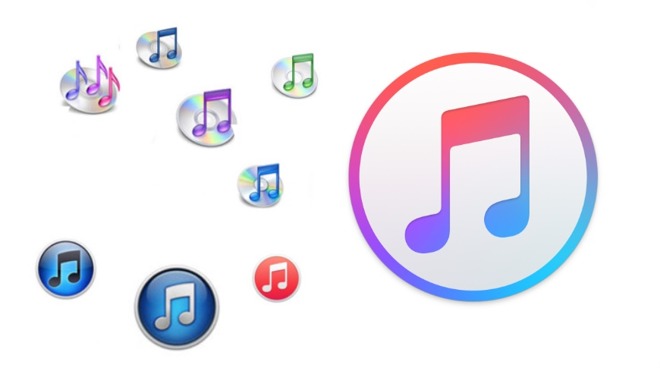 The many icons of iTunes through the years

Today with your HomePod, iPhone, and iPad, it's normal to simply say aloud what we want to listen to, and to unthinkingly know that in moments it will be playing. It isn't the case that every piece of music ever recorded is instantly available to us, far from it, but it feels as if it is.

We don't consciously think about it as "digital music," either. It's just music. We'll think of it as jazz or rock or classical long before we think of it as MP3 or AAC, and that is how it should be.

It just that it wasn't anything like this when iTunes was first released on January 9, 2001.

Audiences at WWDC cheered to see iTunes be toppled like this, but back in the day, the original iTunes app was a lightning bolt to both music and Apple.

By the very early 2000s, the CD was feeling archaic. You had to carry around a lot of discs if you had any kind of collection, they got scratched and they got lost. It wasn't as bad as carrying a vinyl turntable with you, but it was inconvenient enough that people were turning to putting music on computer and on MP3 players.

You had to be pretty determined to do that, though. The ability to copy a CD's music onto your computer was there, the ability to play anything from the library you built up was there, and plenty of portable players were there too.

Yet compared to popping in a CD and pressing Play, the players and their controls were difficult to use. They weren't so impossible that people didn't do it, and also turn to illegal online sharing sites such as Napster in order to get music, but it was close.

"Whatever anyone says about Apple, if it wasn't for Steve Jobs there would be no legitimate music online," Jimmy Iovine told Fortune magazine in 2009. "I think his impact on music has been extraordinary."

Apple would make downloading music both legal and simple with the iTunes Music Store in 2003, but first it had to make playing it be easy enough that people wanted to do it. That's what the initial iTunes app did, and it did it as part of what Apple saw as its push into the "digital lifestyle."

Behind the scenes, Jobs had thought that Apple was lagging behind. He later told biographer Walter Isaacson that Apple had been beaten by other firms introducing drives that burned music CDs.

"We kind of missed the boat on that," he said. "So we needed to catch up real fast."

Catching up by buying in

That catching up started with iTunes. Rather than invent its own app, Apple instead tried talking with the companies that made what were then two of the best MP3 apps, Panic with Audion and Casady & Greene with SoundJam MP.

According to Cabel Sasser, co-founder of Panic, Apple contacted Panic in June 2000, wanting to about "the future direction of Audion."

Panic was then in negotiations with AOL. "The meeting fully booked with Apple," says Sasser, I contacted the AOL executives so they could be involved. It seemed only fair; they came to us first and maybe this Apple meeting would make them want to snatch us up all the quicker." 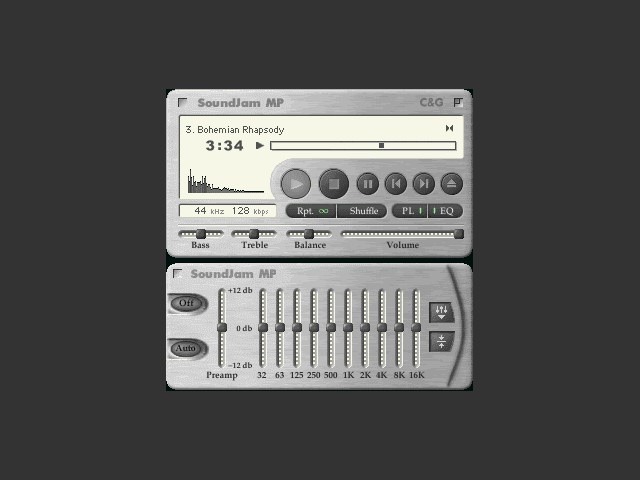 This is what it could've looked like: this is how SoundJam MP appeared before Apple bought it. (Source: Macintosh Repository)

AOL wouldn't take the meeting, Sasser tried to re-schedule it, but Apple bought SoundJam MP instead.

Where SoundJamp MP was already one of the best players around, it was still too complex for Apple so the company simplified it. Apple removed an ability to change the whole look of the app, called changing skins, for instance, so that you had one single appearance and one thing to learn.

This simpler, redesigned app was launched by Steve Jobs as iTunes 1.0, running on Mac OS 9, at Macworld on January 9, 2001. 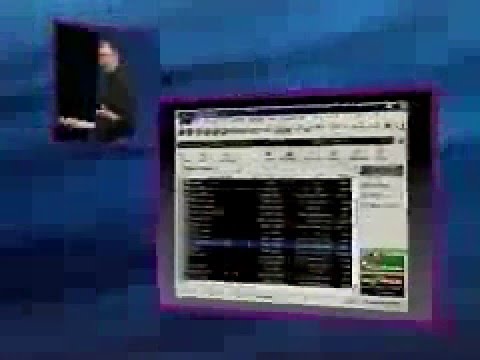 Before he unveiled it, Jobs did his usual thing of setting the stage in such a way that the Apple product appears the obvious, best choice.

"There is a music revolution happening right now," he began.

He talked a lot about burning CDs which is simply forgotten now, but back then was enormous. "People are doing this like crazy," said Jobs. "How many blank CDs were sold in this country alone in the calendar year 2000? Take a guess. You know how many? 320 million. The US census came out two weeks ago, [there are] 281 million people [in the country]."

Then he moved on to talk about how you play music on computers. He talked about the MP3 format and he showed what were then the leading MP3 software apps.

"If you look at these things, there's something that pops out right away, especially if you're not used to using them," he continued. "They are too complex. They're really difficult to learn and use. I talked to so many people using them that don't even know three-fourths of the features, because they're too complicated." 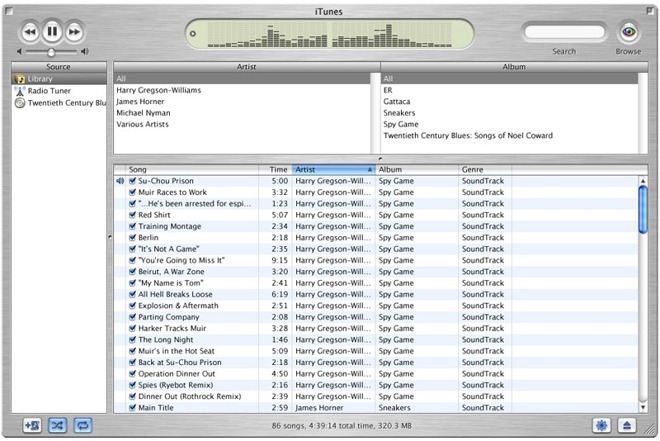 Not much updated from the one Steve Jobs unveiled, this is iTunes 2

Just rubbing in how poor and customer-hostile all of these apps where, he also pointed out that most had restrictions such as limiting their speed or the audio quality of their music, until you buy an upgrade.

"We're going to change all this today," said Jobs," with something we call iTunes. As I mentioned, we're late to this party, and we're about to do a leapfrog."

That original iTunes had none of the restrictions he'd complained about but, more than that, you could understand it immediately. There was a big Play button, there was a list of your music. You knew what to do.

If you used iTunes in those earliest days, you recognized that it was simple, but you probably did not recognize how much more complex it became. Since Apple added in features more or less one at a time, its complexity rather crept up on you, if you were a regular user.

The first change was significant but not visibly so -- in March 2001, Apple made iTunes into an OS X app. In October, it released iTunes 2 and you'd be hard-pressed to see the difference, but it supported the new iPod. 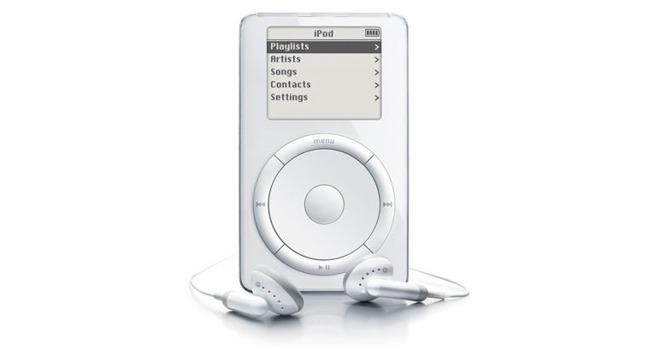 You don't know anybody who has one of these now, but you did.

Then version 4, in 2003, added the iTunes Store. Now you had all of your music, but also the ability to find, it seemed, just about any other track and buy it. The music player app became the music shop.

And then in what was simultaneously an obvious extension of the music store but also a peculiar move for a music player, iTunes became where you bought and played movies.

We know how the music, films and TV store forever changed how these items were sold. We now know how Apple has become a studio. Back at the start, though, the store was all about selling devices.

It made sense for Apple to make iTunes be how you synced your iPod. You have music on your Mac, you want it on your iPod, iTunes was clearly the right way to do it. Similarly, perhaps, you could see why adding podcasts made sense in 2005. Certainly that worked out well for Apple and for all of us.

So then when the iPhone and later the iPad came, there was also some sense in syncing those too. While they both, especially the iPhone, needed to sync much more, these iOS devices had music on them.

However, if you can make a case for syncing devices, it's harder to conclude that iTunes needed to also become a social networking service too.

At that point, the best case for adding Ping to iTunes was that Apple wanted a social networking site and iTunes was its most widely used app, the iTunes Store surely its most successful service.

Ping did have a music edge, it was meant to focus on connecting artists and listeners, and it failed. Apple dumped it in 2012, though it still hung on to some hope of social networking because then it added Facebook and Twitter features into iTunes.

So just over a decade after it was introduced as this app that was so much simpler and easier to use than any other that it was a "leapfrog" product, things had changed.

And then in 2015 they added Apple Music.

With the exception of Ping which didn't fly, and the Facebook/Twitter integration you didn't even notice, each element that was added to iTunes was good.

Then the idea of using an app you were familiar with to introduce you to new features was even smart.

It's just that both Apple and those of us who grew up alongside iTunes's expansion, could so very easily fail to see what was obvious to newcomers. If you came in cold to iTunes in 2015, say, it was a phenomenally confusing app.

That's why people cheered when Apple announced that it was breaking up the features of iTunes into separate apps.

They cheered, too, back in 2001 when Steve Jobs first announced iTunes, and if it's a shame that its demise won't be missed, the cheering was for the same reason both times.

Apple took what was a complicated thing to do with your Mac, and made it simpler. Twice.