AppleInsider
Posted: June 30, 2019 1:37PM
in iPhone
A promised HomeKit accessory, the Reagle Smart Door Lock, is confirmed as launching in early July, expanding the limited number of HomeKit-ready smartlocks on the market. 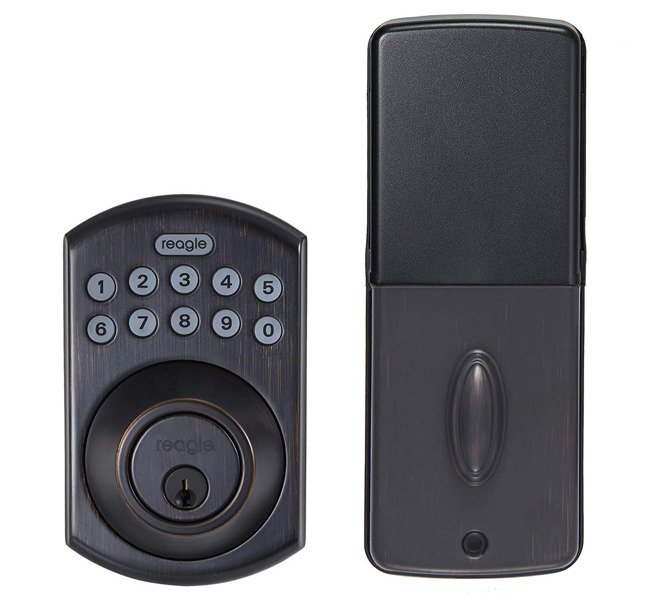 A dark bronze version is shipping July 8, while a satin nickel one is due July 10, according to Amazon listings spotted by HomeKit Hero. Both are Bluetooth-based, though remote access is possible via a Home hub -- an iPad, HomePod, or Apple TV -- or else Reagle's Gateway USB accessory, which also supports Amazon Alexa.

The lock will allow access via key, PIN pad, Siri/Apple Home, or the Reagle iPhone app. The last enables guest PINs, event logs, and notifications such as battery alerts. 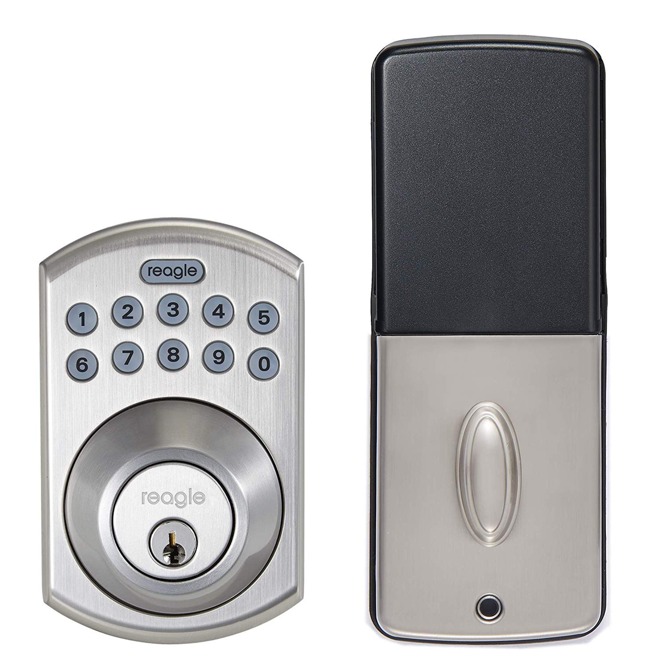 Installation is claimed to require nothing extra other than screwdriver, and take as little as 10 to 15 minutes. Power is supplied by four AA batteries.

Amazon is selling the Smart Door Lock for $189.