AppleInsider
Posted: July 8, 2019 5:05PM
in iPhone
Chromebook owners will reportedly soon be able to get 4G data via a USB-connected iPhone, saving power versus tethering over Wi-Fi. 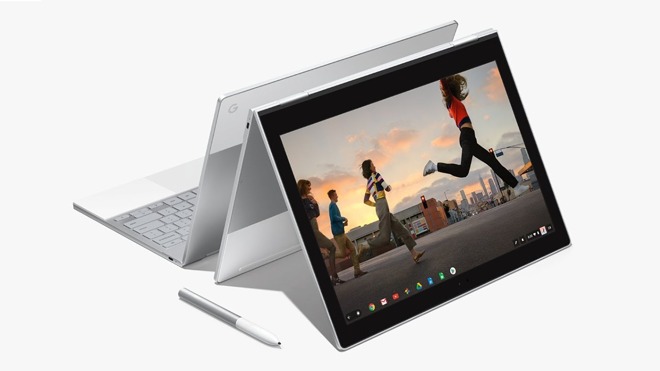 Evidence of the upgrade was spotted in a Chromium source code commit by Chrome Unboxed. It's uncertain when the change might make it into Google's Chrome OS, but since it should require modifying the software's Linux kernel an update is unlikely to be imminent, according to About Chromebooks.

Chrome OS already supports USB connections to Android phones. Currently, Chrome OS devices would have to connect to an iPhone by turning the latter into a personal hotspot.

While this does the job of sharing the iPhone's data connection with other devices, creating a Wi-Fi hotspot does consume battery power at a higher rate on the iPhone. A wired connection would use less power, and depending on the connected device, could even recharge the iPhone as part of the process.

Google regularly extend apps, features, and services to Apple platforms, despite nominally competing. These are sometimes modified, and/or temporarily reserved for Android and Chrome.

They can be kept off Apple devices permanently if they're deemed incompatible or a major platform advantage. Some Android features require OS integration for example, which is explicitly banned in App Store guidelines.