AppleInsider
Posted: July 25, 2019 8:30PM
in iPod + iTunes + AppleTV edited December 2019
A profile of Apple Music chief Oliver Schusser includes claims that his predecessor, Jimmy Iovine, spent "excessive amounts of money," and adds that while the service is still growing faster than Spotify, that pace has slowed. 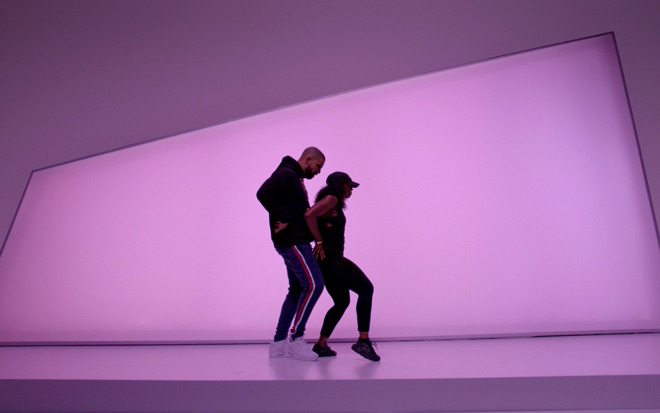 Multiple people within Apple Music thought Iovine was spending too much cash on exclusives, music videos and documentaries, according to Billboard sources. Before his 2018 departure a "rift" reportedly arose between "Apple traditionalists" and Iovine's followers, a situation that is only now resolving itself under Schusser's leadership.

Under Iovine the company was aggressive about securing exclusives from artists like Drake, Taylor Swift and Chance the Rapper, and funding music videos like Drake's "Hotline Bling." Many of the documentaries on Apple Music are effectively native advertising, but have also included less biased titles like "808" or "Bang! The Bert Berns Story."

Schusser is reportedly responsible for some of the major shifts in Apple Music since summer 2018, such as ending Connect, breaking out of a yearly app update cycle, launching Top 100 charts and adding more personalized playlists. He was also behind the push to add support for Alexa devices, and urging Verizon to offer the service free with some unlimited plans.

On the service's growth, Billboard said that "its momentum has slowed somewhat," even if it's still accelerating quicker than Spotify both in the U.S. and abroad, as well as dominating the market in the U.S. and Japan. The magazine cited "sources with knowledge of both companies" without offering precise figures.

Globally, Apple Music has topped 60 million paid subscribers, although that's well behind Spotify's 100 million, and the latter company has even more people listening on its free ad-based tier.

"We just want to be the best; that doesn't have to be the biggest," Schusser said in response.

The executive also defended Apple's mix of curation and algorithms for playlists, arguing that the company has "a responsibility to our subscribers and our customers to have people recommend what a playlist should look like and who the future superstars are." Spotify puts a stronger emphasis on algorithms, which can deliver fresh content faster, for instance through its personalized "Made for You" and "Release Radar" lists.

Apple is "actively looking" at increasing the use of personalized playlists, Schusser said.
«123»