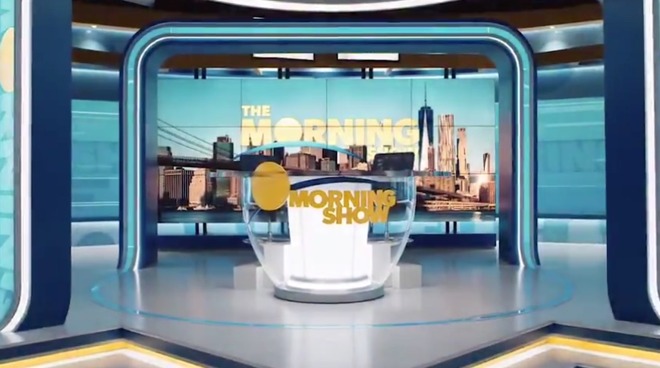 Published to the official Apple TV Twitter account on Monday, the minute-long video is accompanied by a brief teasing text for the show, declaring "The news is only half the story." The tweet name-checks the three stars of the show, as well as advising it will be arriving on Apple TV+ this fall, "only on the Apple TV app."

The news is only half the story. Catch this sneak peek of @TheMorningShow starring Jennifer Aniston, @ReeseW and @SteveCarell.

Coming to Apple TV+ this fall, only on the Apple TV app: https://t.co/Q0mifiBdMR pic.twitter.com/K90DyPv5Zk

The video consists of a sweeping montage of the dressing rooms, control room, and stage of the fictional The Morning Show. The background voiceover is made up of statements by the various characters that will appear in the series, their varying motives, and the potential backstage bickering that could take place.

Picked up by Apple in late 2017, the show is based on CNN correspondent Brian Stelter's novel "Top of the Morning: Inside the Cutthroat World of Morning TV." Two seasons totalling 20 episodes were ordered, with Aniston and Witherspoon co-owning and executive producing the show.

The show is already on its second showrunner, after the first Jay Carson left due to reported "creative differences."