AppleInsider
Posted: August 14, 2019 12:12PM
in General Discussion
Federal Trade Commission Chairman Joe Simons is open to the idea of breaking apart giant tech firms like Apple by undoing mergers, if it is determined large entities like Facebook are harming competition across the tech industry as a whole by being too dominant. 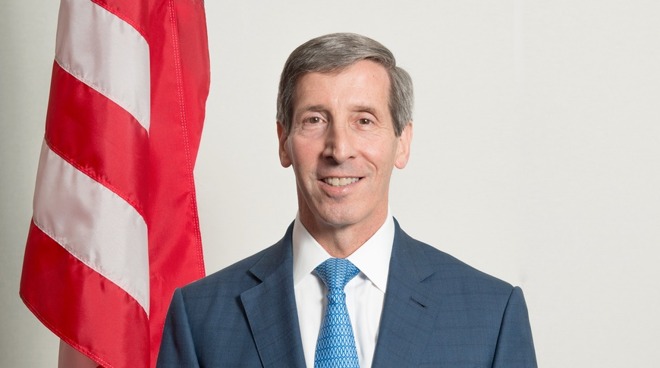 The possibility of a breakup of considerably large tech companies like Apple, Facebook, Alphabet, and others, has been a major political talking point in recent months, under accusations the firms may be making anticompetitive moves in merging with others and acquiring startups in various fields.

The issue has led to US government agencies including the FTC and the Department of Justice to open up investigations, to determine how much competition there is, whether the companies are effectively monopolizing the market, and if there are any antitrust problems on the horizon. In the case of the FTC, its chief seems to be fine with breaking up the tech firms.

One way of breaking up the firms is to undo acquisitions that received approval to go through by the FTC, Simons suggested. While there would be a requirement of court approval, Simons believes it is entirely plausible for the FTC to admit that "we made a mistake," and force through that process.

On the subject of the parallel investigations by both the FTC and the DOJ, Simons claims there's an agreement between the two agencies to divide the tech industry scrutiny based on each firm's conduct, rather than by company. "It's possible for sure that we could be investigating the same company at the same time, but just for different conduct," told Simons, giving the hypothetical of the FTC looking at Amazon for buying a grocer while the Justice Department could look at the purchase of a music-streaming service by the retailer.

While not explaining specifically why Facebook is being investigated, Simons advised inquiries into acquisitions would be based on what would have happened to the targets if they were not bought.

"There's a question about what caused Instagram to be as successful as it is," reasoned Simons. "Was it the fact that the seed was already there and it was going to be germinated no matter what, or was the seed germinated because Facebook acquired it?"

The notion of breaking up tech companies came to the foreground in March by presidential candidate and Senator Elizabeth Warren, who demanded the introduction of legislation to make large tech platforms be designated as "platform utilities" and to be broken apart from any participant on the platform.

Warren later confirmed Apple would be a target, as it both operates the App Store as well as produces apps that exist within it. "Either they run the platform or they play in the store. They don't get to do both at the same time," insisted the senator.

Apple is already the subject of a number of antitrust investigations around the world, including one in Japan over contracts the company has with parts makers, which may be considered a violation of antimonopoly laws. In Russia, Apple is accused of violating antitrust after removing Kapersky Lab's Safe Kids application from the App Store,

Spotify filed a complaint with the European Commission claiming Apple is taking more money from consumers than it is entitled to via the App Store's in-app purchases and subscriptions, as well as limiting third-party access to technologies such as Siri and the HomePod, while giving its own Apple Music free reign.

The FTC and DOJ investigations are not the only ones Apple may be concerned about. In July, it was revealed a number of US states are also looking into antitrust motions against tech firms.

While breaking up isn't necessarily going to happen for many instances of antitrust, a recently proposed bill by Democratic Senators Amy Klobuchar and Richard Blumenthal titled the "Monopolization Deterrence Act" aims to ward off tech companies and others from anticompetitive practices, by mandating stiffer penalties of up to 15% of a company's U.S. revenue.
«12»