AppleInsider
Posted: September 30, 2019 6:04PM
in iOS
Apple's legal troubles relating to the 'Memoji' trademark have worsened, with Social Technologies filing a second lawsuit accusing Apple of improper use of the term that it owns, including allegations Apple claimed to be the owner of the Memoji trademark in June. 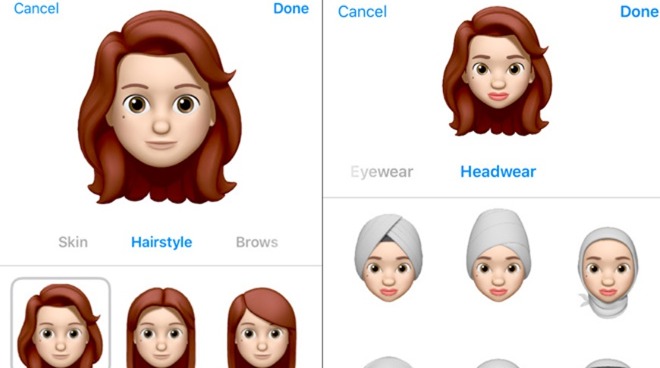 In a filing at the U.S. District Court for the Southern District of New York submitted on Monday, Social Technologies, claims Apple is improperly and fraudulently identifying Memoji as a registered trademark, despite not owning the mark in the United States. Specifically, the firm alleges Apple has falsely marked Memoji by including the term in the Apple Trademark List on its website, which is claimed to be an attempt to "defraud the general public to Social Tech's detriment."

Social tech is the creator of an Android app called Memoji.

In short, the complaint is that Apple is using the encircled R symbol denoting a registered mark in relation to Memoji on that website, rather than the TM or SM symbol which denotes a trademark or service mark that has not necessarily been granted a registration from the US Patent and Trademark Office.

The filing highlights Apple's awareness of the differences within the trademark list page's text, which instructs for the use of the listed terms using the "appropriate" symbol "on first use" in publications distributed only within the United States, or otherwise to include an appropriate trademark attribution notice.

Complicating matters further is the inclusion of the mark on the list, in connection to an earlier lawsuit from 2018 filed by Social Tech in the Northern District of California over the matter.

According to the complaint, Social Tech checked the trademark list page on June 17, a day before Apple Senior Director of Copyright and Trademark Thomas La Perle was scheduled to give a deposition in connection to the California lawsuit, and saw Memoji was not included on the list.

Immediately after the deposition, Social Tech alleges the list was updated to include the supposed false designation for Memoji. Social Tech claims La Perle "orchestrated a scheme to undermine Social Tech's registered trademark rights" with the move.

The filing goes on to highlight a federal court finding that "The improper use of a registration notice in connection with an unregistered mark, if done with intent to deceive the purchasing public or others in the trade into believing that the mark is registered, is ground for denying the registration of an otherwise registrable mark."

The "extensive advertising" of Memoji is also raised, with it being used not only to promote iPhones and iPads, but also in its use "as a mascot for its entire brand," such as to promote Apple Music and even to replace the executive headshots ahead of the feature's availability to the public in iOS.

Social Tech's complaint has four listings for "cause of action," including the false designation of a trademark as federally registered, the dilution of the Memoji trademark, unfair competition, and a violation of New York General Business Law.

In its prayer for relied, Social Tech asks for a prohibition of Apple and it's agents from using the registration symbol in connection with Memoji, a ban of using the infringing mark or "any colorable imitation or confusingly similar variation," monetary damages, pre- and post-judgment interest, costs and expenses, attorney's fees, and the declaration that Social Tech owns the only federally registered Memoji trademark.