AppleInsider
Posted: October 22, 2019 10:59AM
in General Discussion edited November 2019
Apple is reportedly testing different methods to create a smaller Face ID notch for the 2020 iPhones, and is looking at a wider antenna to support 5G. 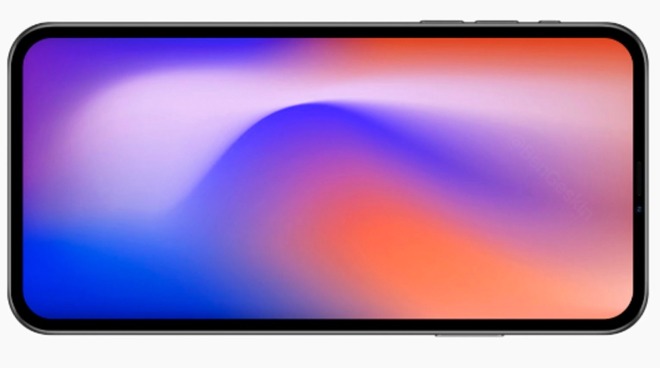 A series of reports from Benjamin Geskin, a reliable source of data on the smartphone industry, say that Apple is testing different prototypes of its 2020 iPhones as it tries out new Face ID options. The options appear to be concerned with reducing the size of the notch, either in height or width.

Geskin claims on Twitter that there are various Face ID models being considered.

"Apple is testing a few Face ID prototypes with new optics," he writes, "some are smaller in width, some are narrower to fit the top bezel."

Geskin also says that Apple is revising the antennas on the 2020 iPhones in order to support the forthcoming 5G.

"2020 iPhone prototypes include wider antenna lines (>1mm) for 5G," he continues. "Instead of plastic lines it will use a new material (glass, ceramic or sapphire)."

While not specifying that this is for the 2020 model iPhones, Gaskin also reports that Apple is looking to abandon the Lightning port. However, rather than switching it to USB-C as previously expected, he says the eventual aim is to solely use wireless charging.

Apple long-term plan is to get rid of the Lightning port for the Wireless charging and data transfer (UWD technology - 480Mbps (USB 3.0) speed at 3 meters, 110Mbps at 10 meters) pic.twitter.com/w7jwgZrGD2

Geskin has recently claimed that the 2020 iPhones may be able to fit the Face ID technology into the bezels instead of having a notch at all.

He said that one prototype had a 6.7-inch display that contained both Face ID and TrueDepth camera system within the top bezel. Analyst Ming-Chi Kuo has also previously reported similar information.
«12»