AppleInsider
Posted: October 22, 2019 10:20AM
in General Discussion edited December 2019
Apple TV+ series 'See' has been screened at the Regency Village Theatre in Westwood, California, in an event attended by creator Steven Knight and stars Alfre Woodard and Jason Momoa. 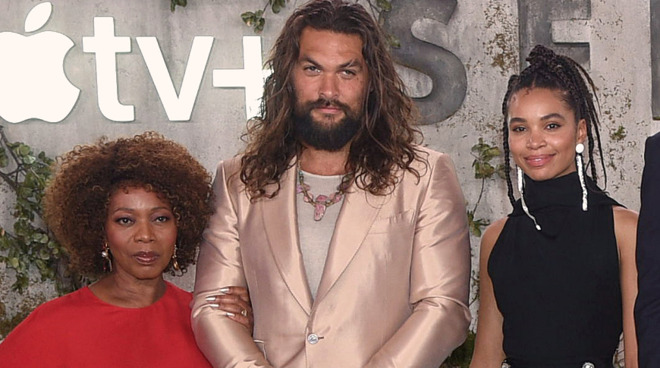 Ahead of its debut on Apple TV+ on November 1, new Apple drama "See" has been screened at a special event in California. Shown at the Regency Village Theatre in Westwood, the screening was attended by cast and crew.

Apple has released a series of publicity shots from the premiere, featuring cast including Alfre Woodard and Jason Momoa, plus executive producers including series creator and writer Steven Knight.

Momoa previously said that it was Knight's script that got him to sign up for the series.

The "See" premiere is part of a series of promotions for the series and for the Apple TV+ service.

The first three episodes of "See" will be among the shows available at the launch of Apple TV+ on November 1. Apple now says that the rest of the series will follow weekly on Fridays.