Review: Keychron K2 mechanical keyboard is a delight to type on and a joy to look at

AppleInsider
Posted: November 3, 2019 4:36PM
in General Discussion edited January 2021
Whether you're gaming or typing, a mechanical offers far better accuracy and an overall better feel than dome-switch keyboards. Keychron has made a Mac-friendly mechanical keyboard that has a few neat tricks up its sleeve. 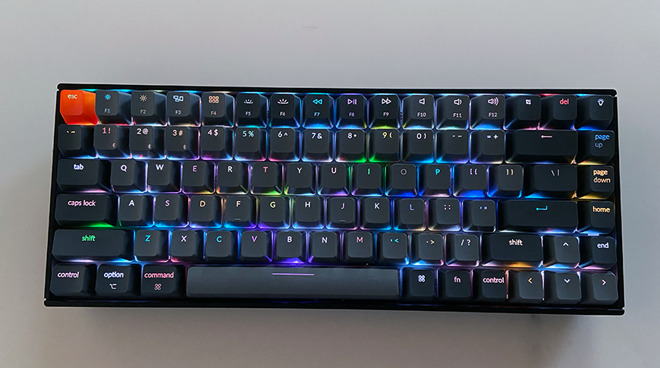 Mechanical keyboards are the choice of both professional typists and hardcore gamers, largely due to their reliability and high quality feel. If you're looking to grab yourself a mechanical keyboard, check out Keychron's K2. It features customizable lighting, can switch between Mac and Windows layouts, and comes in several different switch types. 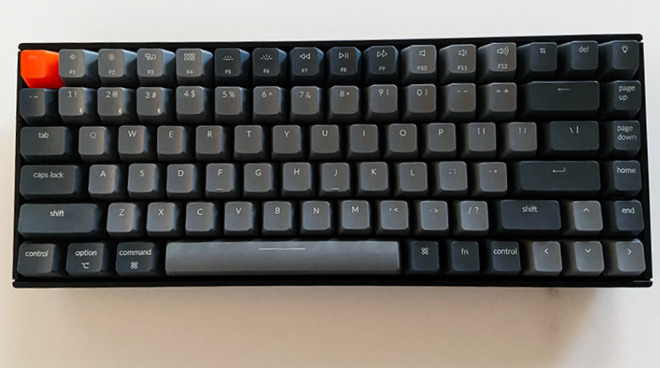 The first thing that I noticed about the Keychron K2 mechanical keyboard was the build quality. It's a substantial keyboard and plenty heavy. It feels like it could last a long time-- something I appreciate as I tend to go through keyboards fairly quickly.

The developers note that the keys on the K2 are designed to last for 50 million keystrokes, which is longer than the average dome-switch keyboard. If you tend to wear through keycaps like I do, you can replace them easily as well. In fact, the K2 even comes with a keycap remover, as well as a few extra key caps if you'd like to switch out your Option and Command keys with Alt and Ctrl for a Windows layout.

The K2 is an 84-key keyboard, meaning that you'll have to do without your number pad if you go this route. For me, that's not a deal breaker, but for those who are professional number crunchers, it might be.

A neat feature of the K2 is that it is portable -- insofar as it has an internal battery. While there's somewhat limited cases for needing this feature, we like it. You could pair it with an iPad or even your iPhone while you're on the go. It will work while directly connected to your computer, though, through a USB-A to USB-C connector, which also charges the keyboard. 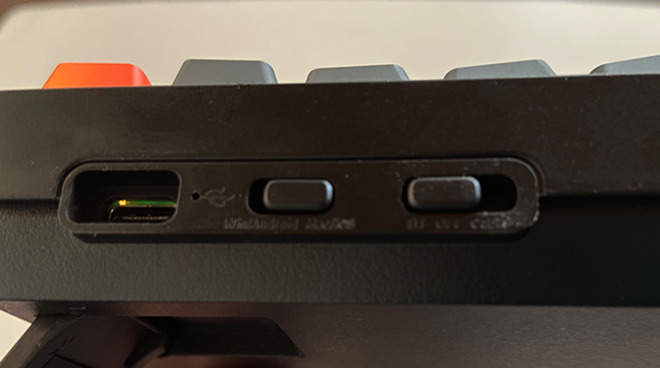 I was impressed with the K2. The keys are responsive, the texture of the keys is smooth, but doesn't feel slippery, and overall it fits my hands pretty well. I like the six-degree angle you can achieve by flipping the feet on the back of the keyboard out, which does make typing quite a bit more comfortable than if they're left down. 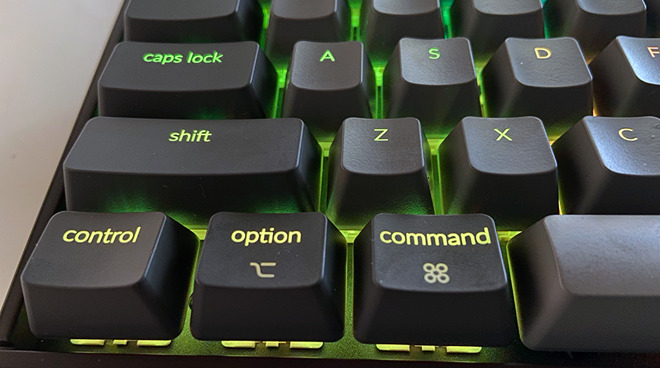 My only complaint, which is true of almost every mechanical keyboard I've used, is that they tend to be a little tall for my hands. If you've got smaller hands, you might find that you occasionally hit the option or command buttons without meaning to. I find that this isn't the case if I'm working at a lower desk, or if I raise my chair quite a bit higher, but I'm not always given these options. I may end up needing to invest in a wrist-wrest later down the line if I plan on continuing to use this as my main keyboard.

Depending on what your personal preference is, you can opt for a variety of different switches in your keyboard. I like a linear switch that works well for both gaming and typing, so I opted for the red switch. I find that I type pretty fast on red switches, and they're somewhat less annoying for those around me who might not want to hear the click-click-click of a tactile switch.

That isn't to say that the red switches are silent. They're not. This is a louder keyboard than what an average might sound like, though the benefit of faster typing might be worth the extra noise.

Of course, if you like something more tactile, the K2 comes in blue and brown as well.

One keyboard to rule them all. 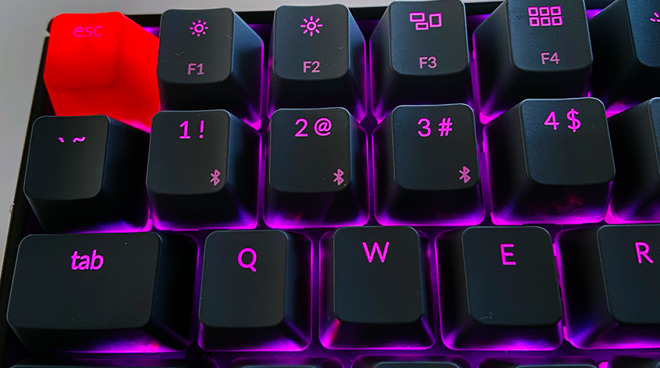 Another neat feature of the K2 is that it can connect with multiple devices and quickly switch from one to another via keyboard shortcuts. Holding down Fn and pressing 1, 2, or 3, will allow the device to change which device the K2 is paired with.

One of the coolest things about the K2 is that it comes with about 15 different lighting modes. Some modes are animated, while others are static. Some respond to key presses, others don't.

On top of that, each lighting mode can be customized to a specific color by holding down the fn button and hitting either the left or right arrow key. 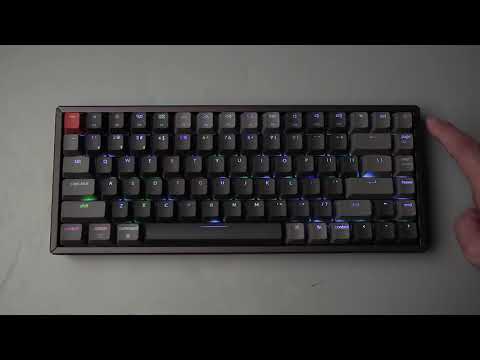 Of course, if you're not into the lighting effects, you can turn them down or off by pressing the F5 button.

If you're a fan of mechanical keyboards there's no reason to think you wouldn't like the K2. It's a joy to type on, you can customize the lighting effects to your hearts desire, and it can control multiple devices all at once. What's not to like?