Future iPhones may act as emergency beacons even without cell service

AppleInsider
Posted: January 9, 2020 11:02AM
in General Discussion
A new patent describes multiple ways in which an iPhone could use cell signals, wi-fi or even other nearby devices to get an emergency distress beacon out, plus ways of prolonging the battery until rescue arrives. 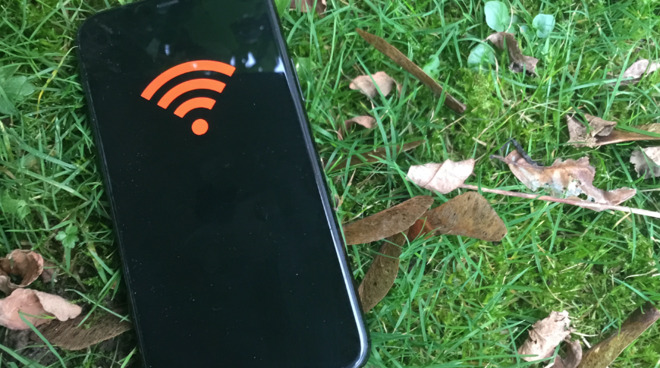 Existing iPhones are able to alert the authorities on command, but Apple is planning new ways to help users in areas where regular cellphone coverage is either unavailable or problematic. A new Emergency Power Save Mode (EPSM) will be able to broadcast a distress signal in multiple different ways while also minimizing battery use in order to keep the device working until the user is rescued.

"Mobile electronic devices may take the form of smart phones or tablets that a user typically carries," begins Apple in US Patent No 20200015169, "Enhanced Emergency Beacon Sending Procedure".

"These and other devices may be carried by users in remote locations and a user may desire to broadcast an emergency beacon in a location that is not covered by cellular service," it continues.

Apple intends its procedures to become as much of a universal standard as possible, to the extent that the patent describes it being implemented on devices from PlayStation Portable to smart glasses and Android phones. Apple refers to all of these devices as User Equipment (UE).

There are broadly two elements to the procedure in the patent, starting with power saving.

"For example, a user in a remote rural location may not be within a communicatively effective distance from other UEs or base stations capable of receiving the emergency beacon. As such, it may be desirable for the UE to be able to broadcast emergency beacons over an extended period of time, to increase the likelihood of a successful reception of the broadcast," it continues. 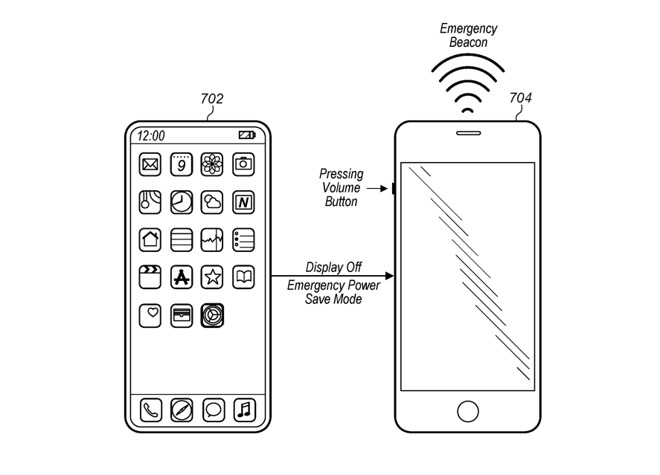 Since such a user is unlikely to have access to power to recharge the battery, Apple says the power level "may potentially reduce the chance that the emergency beacon is successfully broadcast and received before the battery is drained."

Under Apple's proposed system, a user could elect to manually turn on the Emergency Power Save Mode. Or could choose beforehand to have it be automatically turned on when the battery falls below a specified amount.

In either case, once enabled, the EPSM would switch off the display, one of the biggest drains on battery life. The patent details the different power demands of the display, backlighting and "various other processes... over Wi-Fi and... GPS."

"[EPSM will] preserve battery while enabling emergency beacon broadcasting through efficient handling of the display of the device and radio frequency (RF) signaling."

The second part of the procedure involves how the emergency signal is broadcast. That includes attempting to locate and use a nearby cell service or local wi-fi network.

The patent is credited to eight inventors, many of whom such as Lydi Smaini, Tarik Tabet and Mohit Narang, have prior filings for Apple surrounding inventions concerning signal transmission, and power consumption.