Apple Watch may have a flat Digital Crown that recognizes gestures

AppleInsider
Posted: January 30, 2020 11:42AM
in General Discussion edited January 2020
One new Apple patent details how a device like flat Digital Crown could be made to include an optical sensor to register gestures, incorporating mechanisms and sensors to guarantee a proper watch band fit. 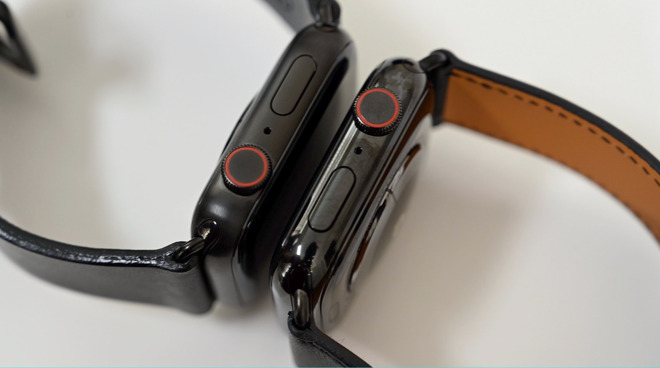 The familiar Digital Crown could be replaced by a flat touch sensor.

Apple is continuing to develop ways of utilizing the Apple Watch's Digital Crown to add new features and accept new input from users. In its latest patent, the Crown could feature an optical sensor to register and respond to touch.

"Many devices include input components, such as crowns, that receive and detect tactile input from a user during operation," it continues. "Such input components may be prominently featured on the device for ready access by a user."

It's possible that future Digital Crowns will feature this sensor specifically so that they no longer have to rotate physically. By being a flat touch panel, they could also free up internal space for other components. 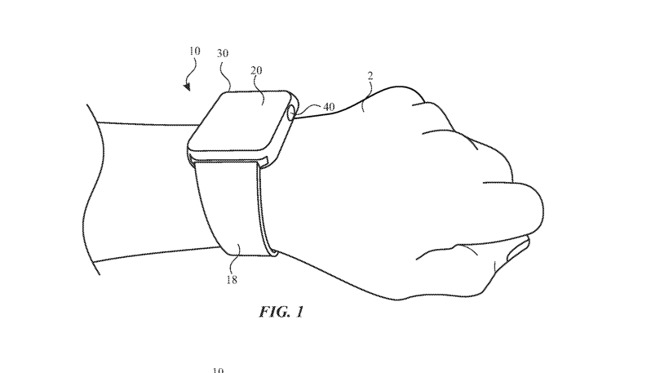 Detail from the patent showing a flattened Digital Crown

"[A touch Digital Crown] can also include one or more sensors, such as biosensors. The one or more sensors can be configured to sense substantially any type of characteristic such as, but not limited to, images, pressure, light, touch, force, temperature, position, motion, and so on," continues Apple.

"For example, the sensor(s) can be a photodetector, a temperature sensor, a light or optical sensor, an atmospheric pressure sensor, a humidity sensor, a magnet, a gyroscope, an accelerometer, and so on," says the patent. "In other examples, the watch 10 can include one or more health sensors."

"Consistently-tight Watch Band," US Patent No 20200029660, is specifically about the issue of how Apple Watch fits on a wrist.

"Watch bands may become tight around a user's wrist as the user moves their wrist," it says. "Such tightening can be uncomfortable." 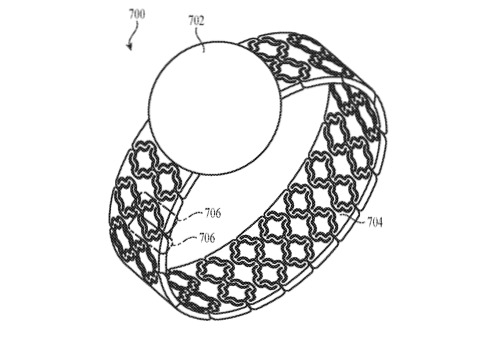 The patent's solution is to have bands that adjust themselves.

Apple notes that a good fit of a band is useful not only from a comfort point of view.

"It can also help optimize operation of any sensors in the watch band or watch body that benefit from being held against the user's wrist with a constant force, such as some physiological sensors (e.g., some heart rate sensors)," it concludes.