What the EU mandate for a common smartphone charger means

AppleInsider
Posted: February 2, 2020 5:34PM
in General Discussion
Over strong objections from Apple, the European Union is pressing ahead with plans to make all manufacturers use the same chargers -- at least within the EU. Here's what's really been decided and what impact it will have on users. 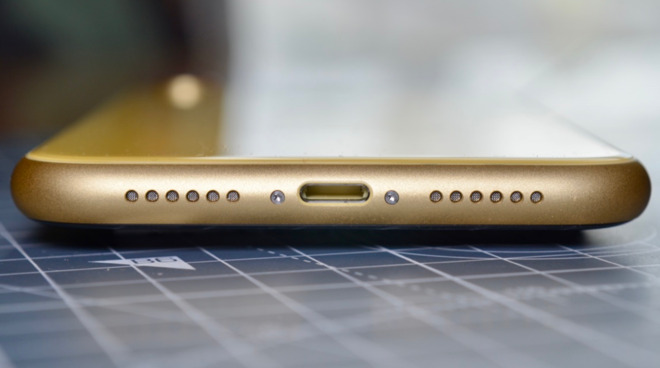 When the European Parliament voted on Thursday to establish a common charging standard for mobile devices, it represented just the latest in a decade-long effort. As clear-cut as the 582-40 parliamentary vote was, too, it's also only the start of this latest step -- and it will only affect Europe.

At the heart of the European Commission's plans are a desire to improve convenience for consumers, and radically cut what it sees as the considerable electronic waste from the disposal of discarded chargers.

According to its 225-page "Impact Assessment Study on Common Chargers of Portable Devices" document, 15% to 20% of people surveyed reported having faced "significant issues" because of non-standard chargers.

These included times when available chargers were incompatible, or when charging fast not as fast with some devices and chargers as with others. It also included how respondents said that they had many such chargers that were taking up space.

How we got here

The current pressure to create a standard comes after a 2009 "Memorandum of Understanding," which was signed by many vendors including Apple, Samsung and Nokia.

"The signatories agreed to develop a common specification based on the USB 2.0 micro-B interface, which wold allow full charging compatibility with mobile phones to be placed on the market," recounts the Impact document. "For those phones that did not have a USB micro-B interface, an adapter was allowed under the terms of the MoU."

That 2009 MoU expired in 2014 and while the smartphone industry proposed a new equivalent in 2018, the European Commission rejected that because by then USB-C was becoming more prevalent.

The significant point about that 2009 common specification, though, was in the wording about adapters. According to the EC, a survey done in 2014 showed overwhelming success with 99% of all smartphones being compliant -- but only because Apple was counted since it provided an adapter. 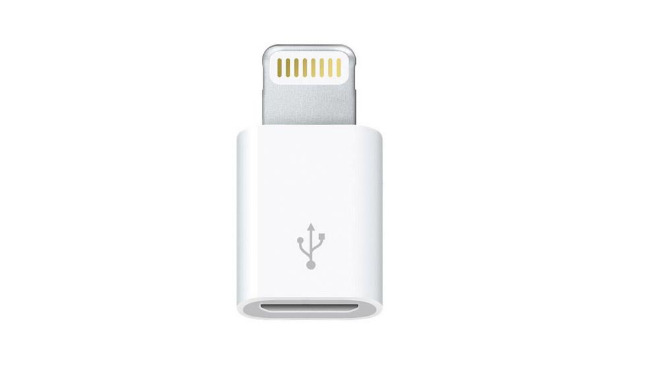 You may never have seen or known of it, but there was a Lighting to USB 2.0 micro-B adapter, which Apple introduced in 2012 specifically to comply with the agreement.

The adapter was introduced first in Europe alongside the iPhone 5.

The 2009 MoU was a success only if you count the ability of vendors to continue with proprietary cables so long as they also made it possible to buy adapters. In a separate part of the Impact document, then EC says that in fact the MoU was a failure.

The intention had been to cut down on the number of chargers needed, to "decouple" devices so that phones no longer always had to come with their own charger.

"[The] ineffectiveness of the first (2009) MoU... raises serious doubts that decoupling would follow automatically from the standardization of chargers (especially connectors) alone," it says.

Ahead of the vote, Apple wrote to the European Commission arguing that requiring it to move away from its Lightning connector would actually introduce an "unprecedented volume" of e-waste during the transition to a new standard.

"We believe regulation that forces conformity across the type of connector built into all smartphone stifles innovation rather than encouraging it, and would harm consumers in Europe and the economy as a whole," Apple wrote. "We hope the Commission will continue to seek a solution that does not restrict the industry's ability to innovate and bring exciting new technology to customers."

The new European vote to standardize chargers is far from a straightforward decision to adopt any one standard and enforce it. The European Commission's report specifically states that "there is no clear-cut 'optimal' solution."

That report offers multiple possible options from allowing proprietary chargers with adapters, to mandating USB-C, and several variations in between.

Those variations chiefly concern the standardization not of cables and connectors, but rather of the chargers themselves. Most phones use power cables the plug into what the EC refers to as an "external power supply" or EPS.

"[The] most effective approach to addressing the consumer inconvenience that results from the continued existence of different... charging solutions," the report concludes, "would be to pursue... common connectors in combination with [an] interoperable EPS."

There is overwhelming support in the European Parliament for some kind of standardization of chargers across smartphones, and pressure to adopt that same charging for other mobile devices, too.

However, there is neither a specific timeframe nor a specific plan for how this may be accomplished. 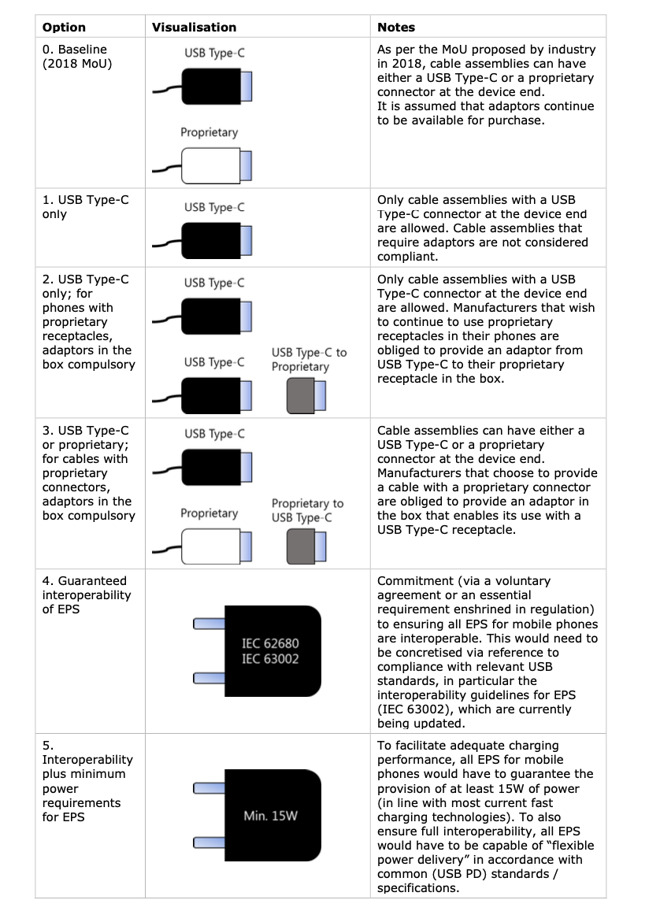 Option 0 is really the current situation, which is that Apple could continue with its Lightning connector -- or any connector of its choosing -- so long as an adapter was available.

It's option 1 that would see a significant change as it would effectively mandate the use of USB-C for iPhone. Apple has moved to USB-C for certain charging plugs and the iPad Pro, so it had been expected that it would do the same with iPhones.

The company continues to stick with Lightning, however, and seemingly because of the how much a change would affect users. Apple has argued to the European Commission that proposed charging changes would affect all countless docks and other third-party devices that connect over Lightning.

Option 2 would be a compromise with an adapter plus a USB-C AC power plug, which is possible but USB-C chargers are more expensive than Lightning ones.

The final European Commission option is the most costly for Apple, as it would mean a USB-C iPhone, and a new USB-PD-compliant fast-charging AC power plug that would provide at least 15W of power to a connected device.

The Commission does believe that wireless charging will become a serious solution, but it effectively dismisses it for now. By creating a mandate that companies use one of its five wired proposals, the Commission is also seemingly dismissing it for the future despite its pledge to not stifle innovation. 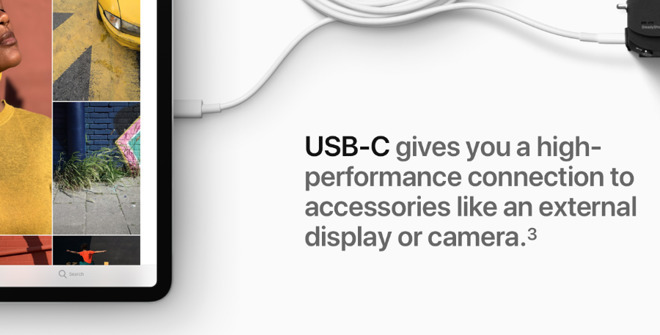 Issues like these make the overall plan feel stunted, and the range of possible options being considered have meant that the EC has been unable to implement any agreement, let alone legislation, since the 2009 MoU.

Apple's stance on commonality between adapters

At the heart of the issue remains Apple's point about e-waste and stifling innovation.

"The European Commission argues that further harmonisation would lead to increased consumer convenience," says the Impact report, "as they would be able to charge not only mobile phones but potentially also other portable devices with a common cable (and charger), as well as being offered the option of retaining existing chargers and purchasing mobile phones without chargers for a lower price."

"A harmonised solution, according to the Commission's initial analysis, is also expected to reduce the number of counterfeit chargers in the market," it continues, "reduce the import needs of chargers (as consumers could keep using their old chargers), and reduce electronic waste."

The same report, though, separately argues that if it's successful in stopping phone vendors always providing a charger, counterfeits will increase.

"However, the higher decoupling scenarios would also be likely to lead to a certain growth in the market for standalone chargers and, by extension, in the sales of unsafe and/or counterfeit chargers," the Commission says.

The fact that counterfeit chargers may increase or decrease, is typical of the detail in the Commission's findings which also demands both standardization and innovation.

"At the same time, the Commission recognises that any further harmonisation should not limit innovation, i.e. the development and diffusion of new generations of chargers," it says.

Consequently it's very unclear what will happen next and the only certainties seem to be that it will take a long time. While any hardware choices may have carry-over effects in other countries, it will only be mandated in European Union member-states.
«123»