AppleInsider
Posted: February 6, 2020 1:20PM
in General Discussion
Google Maps turns 15 today, and in honor of the service's birthday, Google is revamping its Google Maps app for both iOS and Android. 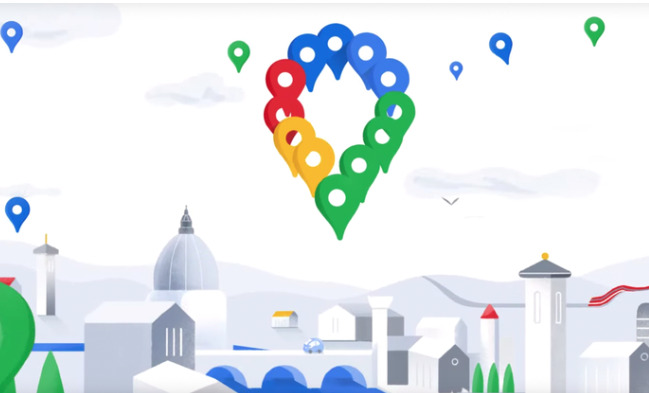 The changes are primarily centered around giving users more information about city-specific locations such as local restaurants, businesses, and attractions. Also highlighted are tourist hot spots and city landmarks worth visiting.

Explore allows a user to find information, ratings, and reviews about 200 million places around the world. Sites included are restaurants, nearby attractions, and city landmarks.

That's for choosing where to go on a journey to an unfamiliar place, but the app also provides new features for very familiar routes such as a user's daily trip to work. The Commute tab works to help find the most efficient route for their commute. It enables users to set up their daily commute initially, and then provides live traffic updates or automatically suggests alternative routes when there are significant delays.

The previous "For You" tab has been renamed Save, and expanded to allow users to view all their saved spots in a convenient location, plus organize plans for upcoming trips. It also gives users the option to share recommendations on places they've been.

The Contribute tab will give users the option to share information about areas they're familiar with, including business reviews, photos, and the ability to report missing places.

Lastly, a new Updates tab will provide a feed of trending spots in an area, sourcing both local experts and publishers. It will also allow users to directly with businesses to get questions answered. 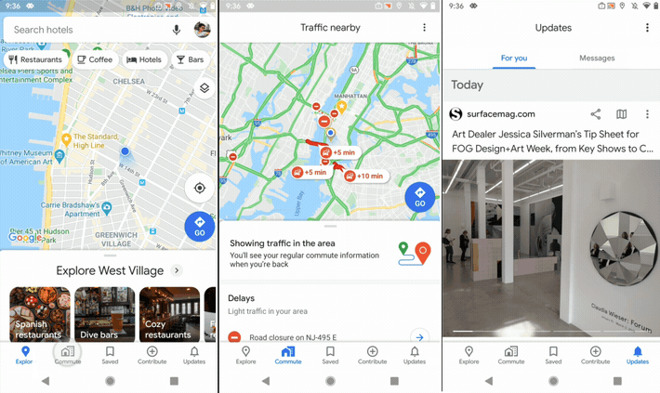 The app is also getting a new icon alongside the update, ditching the old map design for one that brings the Google Maps pin front and center. Google claims that this "represents the shift we've made from getting you to your destination to also helping you discover new places and experiences."

Google is also boosting its public transit insight features. Users can find information on accessibility, security, temperature, and more. In Japan, users are able to see how many carriages are available on public transit, to help increase the odds of getting a seat.

The updates are expected to begin rolling out on February 6, across both iOS and Android devices. For a limited time, Google will also update the car GPS icon with a party-themed car icon in honor of Google Maps' birthday.

Apple has been expanding its own Apple Maps. In 2019, Apple rolled out improved Apple Maps data across the entire U.S. Apple plans on expanding the service in Europe in the coming months as it builds its dataset.