AppleInsider
Posted: March 31, 2020 2:06PM
in General Discussion edited March 2020
Publix, a popular grocery store chain in the U.S. south, has begun rolling out contactless payments in several of their locations including support for Apple Pay. 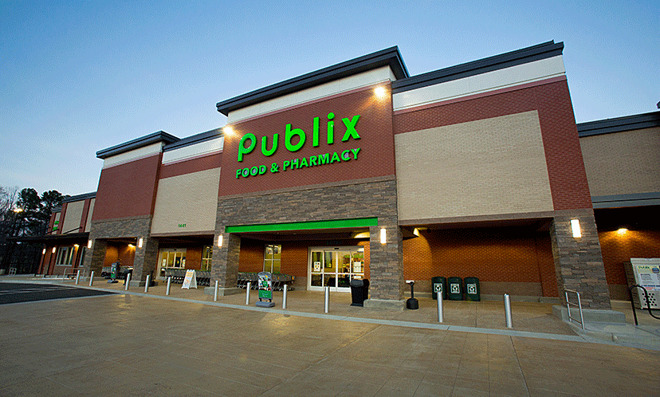 A post on Reddit by user Gabriel2790 shows a picture of an internal document. "Contactless payments are coming to our store! What does that mean," asks the document. "The most commonly known forms of contactless payment are Apple Pay and Android Pay."

The document goes on to explain how customers will be able to use mobile phones, smartwatches, and contactless credit and debit cards, as well as what cashiers can expect from the transaction. At the bottom of the document, it shows that the store in question will receive the ability to accept contactless payments on March 31, 2020. 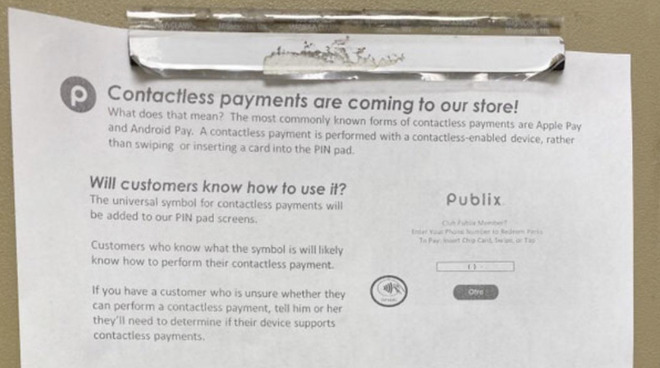 It's not currently known whether all stores are receiving the update, or if it will debut in a gradual rollout across the chain. AppleInsider has learned that most Publix point-of-sale terminals can support the feature and will only need the install of a software update for the feature to go live.

Apple Pay and other forms of touch-free payment methods are a convenient way to limit users' direct contact with frequently touched surfaces like payment terminals. On average, contactless payment is quicker than traditional methods, such as paying cash, writing a check, or swiping a card. 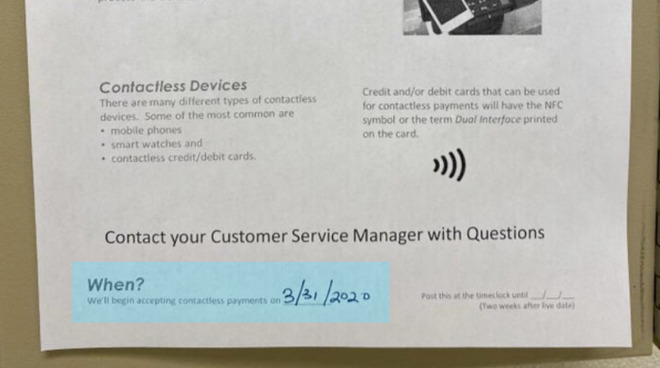 Both of these benefits are especially important during the current outbreak of COVID-19 and can help protect both customers and cashiers from unnecessary exposure to the virus.
«12»