AppleInsider
Posted: June 12, 2020 3:27PM
in General Discussion edited January 2021
Apple may be planning on launching redesigned iMac and iPad models with new display sizes in the second half of 2020, though it isn't clear exactly when. 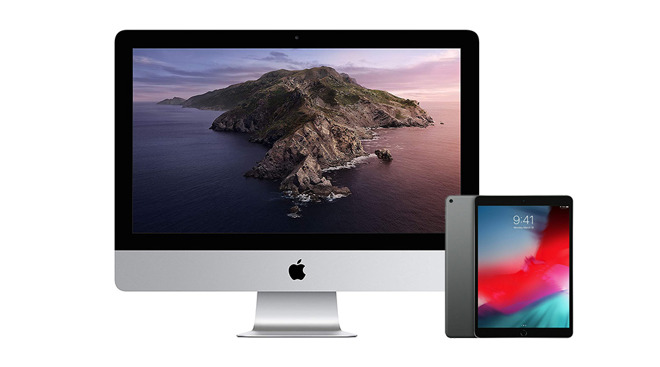 Rumors of a new "iPad Air 4" and iMac models have been circulating for a while now, with recent reports suggesting that a redesigned Apple all-in-one Mac with a T2 chip and "iPad Pro design language" could debut at WWDC 2020 on June 22.

In a paywalled report on Friday, DigiTimes corroborates the updates but throws in a bit of uncertainty about the timeline. According to the report, the site claims that the new iMacs and iPads will launch in "second-half 2020." Although new flagship iPads models are often debuted in the fall, the report conflicts with timelines that suggest an iMac redesign will be unveiled by the end of June.

Aside from the launch timing, the DigiTimes report basically echoes previous rumors of iPad and Mac updates. It claims that Apple will debut a 10.8-inch iPad Air, an 8.x-inch iPad mini, and a new 12.9-inch iPad Pro with a mini-LED display.

DigiTimes is a publication with good sources in Apple's supply chain, but it has a poor track record for extrapolating specific details and information about future Apple products.