AppleInsider
Posted: August 20, 2020 7:56PM
in General Discussion edited August 2020
Major news publishers have reached out to Tim Cook, and are asking Apple to reduce its 30 percent cut on first-time subscriptions. 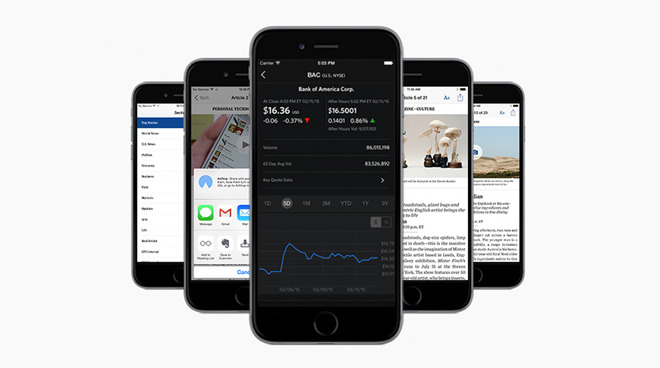 Spurred to action by Epic's ongoing fight with Apple, some of the biggest names in news publishing are now pushing for more favorable terms in the App Store.

The Wall Street Journal, New York Times, the Washington Post, and other publishers have signed a letter requesting Apple cut its App Store commission fee to 15 percent, down from the current 30 percent.

Apple charges a 30 percent commission fee on first-year subscriptions purchased through apps hosted on the App Store. After the first year, the commission fee is reduced to 15 percent. It isn't clear why the publishers aren't asking the same of Google.

As it turns out, Apple has cut its fees in the past -- for Amazon. In 2016, Eddy Cue had proffered a deal in which Amazon would share 15 percent of revenues generated by new subscribers who signed up for Prime Video through an in-app purchase. This move directly contradicts Apple's stance of treating all apps and developers the same.

The letter, penned by Jason Kint, chief executive of the trade body, Digital Content Next, reads, "I ask that you clearly define the conditions that Amazon satisfied for its arrangement so that DCN's member companies meeting those conditions can be offered the same agreement."

Apple has been increasingly criticized for its App Store policies, both from app developers and government officials. Spotify has long waged war against Apple over the fees.