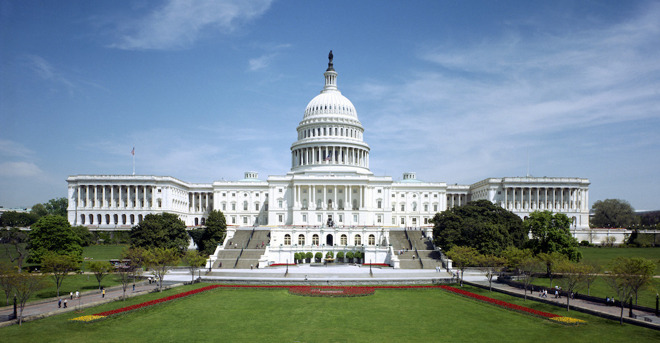 On Tuesday, the House Judiciary antitrust subcommittee released a nearly 450-page report concluding a broad investigation into dominant technology giants that it launched in June 2019. The report finds that the four tech giants engaged in anticompetitive and monopolistic behavior to gain their positions as dominant companies.

In the report, the antitrust subcommittee laid out their findings from interviews, hearings, and nearly 1.3 million documents that they examined. It concluded that "although these four corporations differ in important ways, studying their business practices has revealed common problems."

First, each platform now serves as a gatekeeper over a key channel of distribution. By controlling access to markets, these giants can pick winners and losers throughout our economy. They not only wield tremendous power, but they also abuse it by charging exorbitant fees, imposing oppressive contract terms, and extracting valuable data from the people and businesses that rely on them. Second, each platform uses its gatekeeper position to maintain its market power. By controlling the infrastructure of the digital age, they have surveilled other businesses to identify potential rivals, and have ultimately bought out, copied, or cut off their competitive threats. And, finally, these firms have abused their role as intermediaries to further entrench and expand their dominance. Whether through self-preferencing, predatory pricing, or exclusionary conduct, the dominant platforms have exploited their power in order to become even more dominant.

The panel, for example, scrutinized Facebook's dominance in social media and online advertising -- including the 2012 acquisition of competitor Instagram. Documents were unearthed, for example, that suggested Instagram was a fast-growing rival of Facebook's, rather than a company that only survived because of the acquisition.

Although they investigated aspects of Google's advertising business and the Android operating system, the majority of their focus was on the company's dominance in online searches. One conclusion, for example, was that Google had scraped rival websites and forced its technology on third parties to gain and maintain its dominant position.

Apple and Amazon were examined for their marketplace dominance. The subcommittee found that both exerted monopoly power in their respective online marketplaces -- Amazon's retail site, and Apple's App Store -- and introduced rules meant to squash competition in those marketplaces.

"To put it simply, companies that once were scrappy, underdog startups that challenged the status quo have become the kinds of monopolies we last saw in the era of oil barons and railroad tycoons," the panel said. "Although these firms have delivered clear benefits to society, the dominance of Amazon, Apple, Facebook, and Google has come at a price."

Alongside the investigation's findings, the House Judiciary also recommended broad changes to antitrust law and enforcement to reign in the power of dominant technology giants.