How to opt out of Amazon Sidewalk internet sharing, and what you need to know

AppleInsider
Posted: November 24, 2020 10:15PM
in General Discussion edited June 9
Amazon is rolling out its Amazon Sidewalk system to customers in the U.S., and by default, you are opted in to its bandwidth sharing. Here's what you should know, and how to opt out of sharing your internet connection with your neighbors. 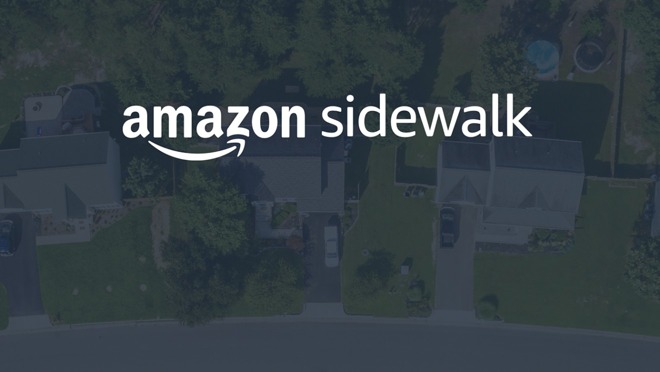 First announced in September 2019, Sidewalk is a new idea and long-term effort for extending the smart home to entire smart neighborhoods through the use of various local networking options.

As of Nov. 24, Amazon began sending off emails to Echo device owners letting them know that an update with Amazon Sidewalk will soon be rolling out. Though the system will take time to build out, the first steps are happening now.

With that in mind, here are some of the important points that users should know about Amazon Sidewalk.

What is Amazon Sidewalk?

Amazon Sidewalk is basically a new type of wireless network that makes smart home capabilities much longer-ranged. A Sidewalk Bridge connects to your Wi-Fi network, and essentially extends the connectivity range beyond what your router can output. In some cases, Amazon says this range could be half a mile.

It works by using various communication protocols, such as 900MHz radio signals and Bluetooth Low-Energy, for inter-device communications. The system will intelligently switch between these protocols depending on the range and power needed.

These Sidewalk networks work a bit differently than your home Wi-Fi, however. The bandwidth in a Sidewalk network is open for not just your own devices, but your neighbors', too. It's a bit like a local mesh network, but across a neighborhood.

Most Amazon device owners already have a Sidewalk Bridge in their homes. Recent Echo and Ring devices will soon receive over-the-air updates that will allow them work as bridges.

As mentioned earlier, one of the first and primary goals of Amazon Sidewalk is to extend the range of your smart home gadgets. What that looks like in practical terms could differ depending on your smart home setup.

A Sidewalk network could, as an example, ensure that outdoor security cameras or lights have a working connection even if they're far from your Wi-Fi router. It could also mean faster connectivity if a device connects to a nearby Sidewalk Bridge, instead of attempting to connect to a router farther away.

If you happen to drop a Tile device while walking around the neighborhood, it could still be within range of the local Sidewalk network -- and it'll be able to connect to the appropriate servers using a neighbor's Sidewalk bandwidth.

Sidewalk will also make the onboarding of devices much quicker and simpler. And Amazon envisions other uses too, such as a pet safety service called Amazon Fetch that alerts users if their pet wanders outside of a preset perimeter.

Are there any downsides to Amazon Sidewalk?

For one, Sidewalk isn't a replacement for a home Wi-Fi network. The bandwidth available on a Sidewalk network is pretty small -- Amazon says the maximum bandwidth is just 80Kbps, with a maximum cap at 500MB. As such, it's only really useful for low-power devices like smart locks, security sensors, and Tile trackers.

There are, of course, security and privacy concerns, too. If your dog has a Sidewalk-connected tag on its collar, it means that you may be sending Amazon the location, duration, and frequency of your every dog walks. Amazon does have a white paper that explains some of its Sidewalk-related security policies.

Of course, there's also the question of it being a shared network. Although Amazon says it will encrypt all traffic sent through a Sidewalk network, users won't know who is on a specific network or how much traffic their neighbor might be sending over it.

All in all, users will only be able to exercise marginal control over their local Sidewalk networks. There isn't currently a way for users to figure out which Sidewalk Bridge their compatible devices are connected to.

Can I opt out of Sidewalk?

The downsides and implications of Amazon Sidewalk wouldn't be as pressing if it weren't enabled by default. The system is opt-out instead of opt-in.

Once Amazon actually enables Sidewalk, users will see an information splash screen that explains what it is and what it does. There, they'll have the option to disable it -- it'll be turned on by default.

Users will also be able to disable the local networking system through the Amazon Alexa app. The option is located in Settings > Account Settings > Amazon Sidewalk.

Amazon will start opting users to the Sidewalk program on June 1, 2021. Users will need to opt out
«12»