AppleInsider
Posted: January 8, 2021 3:09PM
in iPhone
While there are some advantages to Apple MagSafe lookalikes hitting virtual store shelves, the confusion about them has already flared up. Here's why the difference matters and what to look out for when shopping for a MagSafe charger. 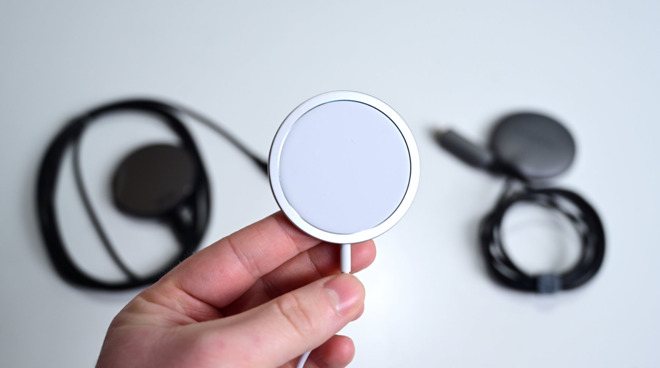 When wireless iPhone charging debuted with the iPhone 8 and iPhone X, charging with Qi was limited to 5W before Apple boosted it to 7.5W with very specific chargers. Since then, Apple has stuck with the 7.5W max, even as competitors boasted much higher speeds.

But those high speeds from competitors weren't as impressive as they seemed. While they may reach a maximum of 10W or 15W over Qi, speed, placement, and heat would quickly bring them much more in line with iPhones.

To mitigate all this, Apple introduced MagSafe at its iPhone 12 event in late 2020. This new connectivity standard opened many doors for iPhone users but one of the most beneficial is the ability to charge your phone at up to 15W. 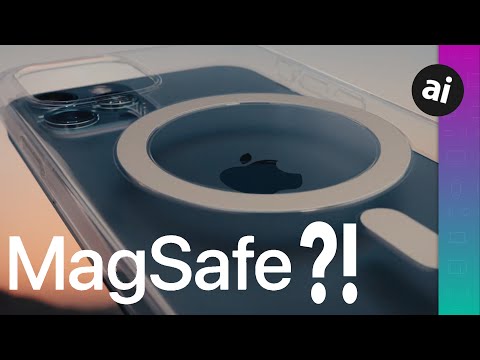 The magnets in MagSafe help align the charger to be correctly positioned, to make it as efficient as possible. It uses a custom coil that differs very slightly from Qi to get higher speeds without as much retained heat that must be dissipated.

While doing all that, MagSafe remains backward compatible with Qi. Practically, this means that the iPhone 12 can charge on Qi chargers and MagSafe chargers can charge Qi devices such as older iPhones and AirPods.

It's that backward compatibility that is causing much confusion in the marketplace.

What's not a MagSafe charger

Developing a new standard takes time and regulation of that standard. As MagSafe chargers require Apple certification and approval, they are slow to materialize. The few we've seen -- such as from Belkin -- are just now launching, and they had a head start by working with Apple before the MagSafe launch.

Which makes you wonder, how are so many clone "MagSafe" chargers hitting Amazon now? The answer is simple -- they aren't true MagSafe chargers. 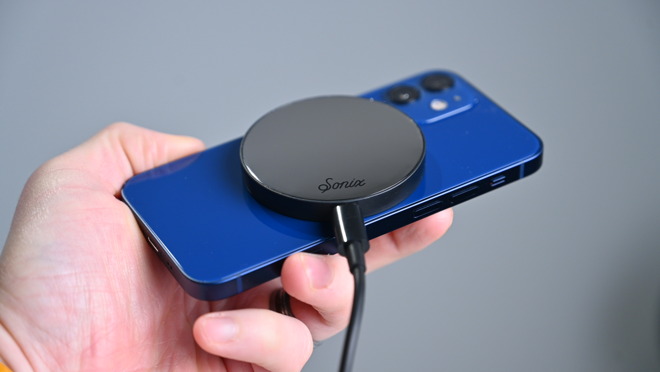 Many accessory makers have chosen to take a standard Qi charger and add the magnetic components to the edges to connect to the back of iPhone 12 models magnetically. The most significant difference here is that these chargers are often only 5W and 7.5W maximum -- half the speed of Apple's MagSafe charger.

These chargers, which often come in at about half the price of Apple's, seem to be intentionally opaque in their descriptions. They aren't lying about the product, but they are frequently misleading with vague information, leading users to believe they are real MagSafe chargers.

We've seen them from Sonix, ESR, Anker, RAVPower, Satechi, and many others. They have their own names and are usually careful to avoid using the term "MagSafe" for fear of invoking Apple's ire.

How to spot the difference between Apple's MagSafe and clones

When looking at these chargers, there are a few tell-tale signs that they aren't MagSafe. Since MagSafe devices need to be certified, they will carry a "Made for iPhone" badge. They will typically say "MFi-certified" or "Apple Certified" on the listing and specify it again on the package. If you don't see this, it isn't Apple's MagSafe.

Another sign will be charging speed, which may not always be listed. Sometimes they will only show you the input power, which isn't the same as output power. For example, if it says 10W of input power, it may only have 75 percent efficiency, making it only a 7.5W charger.

If it doesn't show 15W of delivered power to the device, it is likely still just a MagSafe-compatible ring of magnets surrounding a Qi charger. 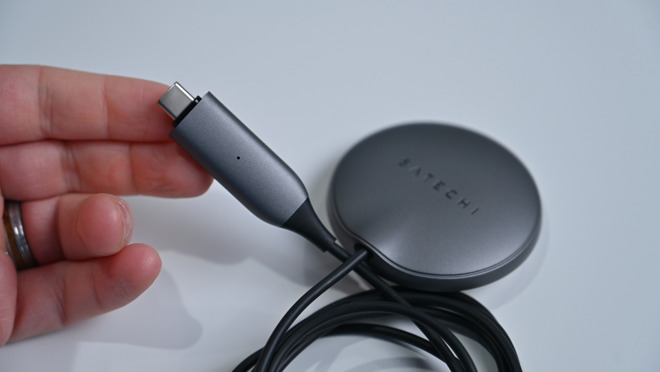 Finally, look for a large USB-C connector on the other end. To make these chargers small enough to fit on the back of the device, manufacturers will usually move components from inside the charging puck to the USB end. Look at the photo of the Satechi charger above, and you can see how large it is. A MagSafe charger shouldn't have this issue.

None of this is necessarily a bad thing

We don't recommend super-discounted AC to USB chargers. While companies like Anker deliver quality products, the AC adapters you find at the gas station or dollar store are not that.

Apple implements technologies in its AC to USB adapters to prevent the AC side of the charger from coming anywhere near the DC side, greatly reducing the chance that your Lightning cable, iPhone, or iPad will get fried by direct exposure to AC power. Teardowns of cheap, third-party AC adapters lack these protections, with some lacking any safeties at all.

In the case of MagSafe, there's no chance that AC will get applied to your iPhone with a manufacturing defect. Unless there's a fire, damage will be to the clone, and not your phone. This is why we have a much wider stance on which Qi charger plates or stands we like.

In regards to MagSafe cloning, manufacturers aren't necessarily trying to mislead consumers. Some manufacturers are more straight-forward in labeling what a charger can do, while lesser-known brands could be trying to trick users into getting something they are not.

For the sellers on the up-and-up, these MagSafe magnet ring compatible chargers do make sense and can be a good purchase. It is arguably more convenient to be able to connect a wireless charger magnetically. Sometimes these chargers also include templates to allow them to work on older phones and bring MagSafe-like charging to older devices.

The main point we want to get across is how to tell the difference between a fast, Apple-certified, 15W magnetic charger and a slower, cheaper, Qi charger. As long as you know the difference, there is no reason not to try any of these other chargers out. 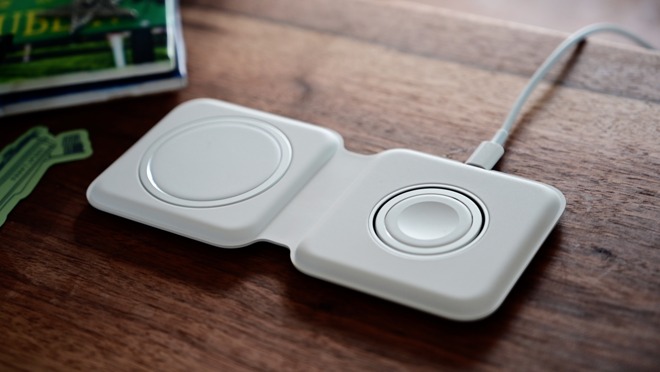 MagSafe Duo is a good option, but expensive

The only real MagSafe options at the moment are Apple's own cable along with MagSafe Duo or the Belkin BoostCharge Pro. If you don't mind the slower speeds, by all means, try any of those other chargers out.

If you buy from a reputable company, you'll get a reliable, handy, and solid non-MagSafe option that is more affordable until actual MagSafe chargers start hitting the market.

It is only a matter of time until the market is flooded with quick-charging, Apple-certified, MagSafe charging in all shapes and sizes.