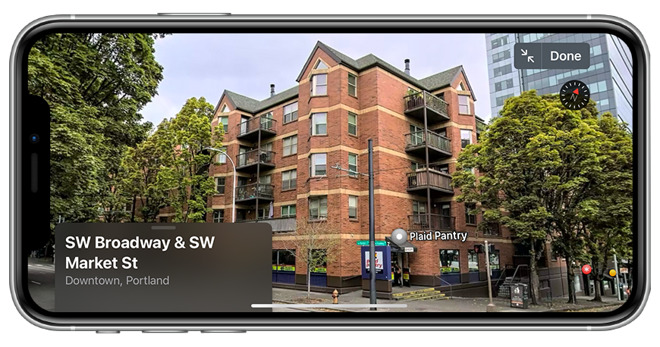 Apple's rival to Google's Street View, Look Around, provides users with the ability to look at a street from eye-level. Not all areas of the world are accessible with the feature, but Apple is rolling it out into new locations on a gradual basis.

In a new update spotted by Justin O'Beirne, Apple has expanded Look Around to include San Diego and Portland.

In December, Apple rolled out a similar Look Around update for Denver, Detroit, Miami, and Fort Lauderdale.

The feature was initially spotted in the iOS 13 beta, but has since made its way to both iOS and macOS builds of Apple Maps.