Apple researching how to integrate a display into fabric, like the HomePod covering

AppleInsider
Posted: March 4, 2021 2:50PM
in General Discussion edited March 2021
Apple is researching how to make the fabric covering of a HomePod, or HomePod mini, also include a way to provide information to the user. 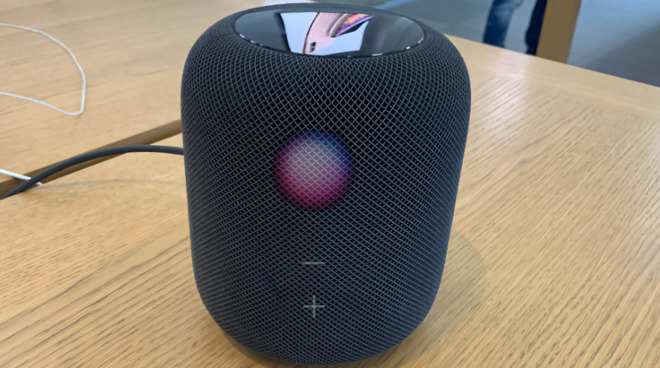 Apple refers to the distinctive outer cover of the HomePod, and HomePod mini as acoustically transparent fabric. As well as letting sound pass, though, Apple continues to look at making that fabric do more.

Previously, Apple has applied for patent concerning making that fabric be touch-sensitive, so users can control their HomePod just by pressing on it. Now it's also researching how to remove the need for the top screen entirely, by having the fabric itself become a display.

"Displays in Fabric-Covered Electronic Devices," is a newly-revealed patent application detailing how such fabric can be formed, and shaped. In more than 12,000 words, there is no mention of HomePod, or HomePod mini, but instead "a voice-controlled speaker device," which "may have a cylindrical shape."

Unusually, Apple's patent application is concerned less with how to weave a display into the fabric, and more about how to do it so that it looks good.

"If care is not taken, the fabric may impart an undesired appearance to emitted light or the light-emitting devices may be visible from a limited range of angles," continues Apple, "thereby preventing a light-emitting device from effectively conveying information to a user."

It's not as if Apple expects to turn the acoustically transparent fabric to somehow become a retina display showing album art. It might be enough that the fabric shows a Play, Pause, or Skip button for users to touch. 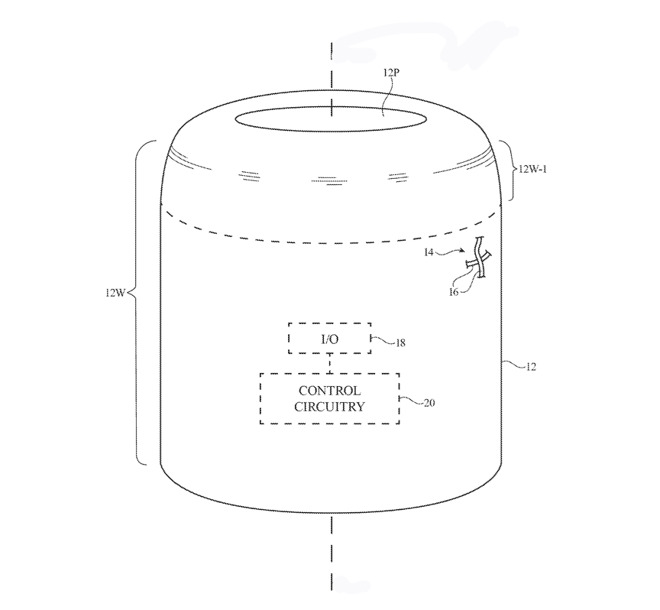 Detail from the patent showing a cylindrical "voice-controlled speaker."

Alternatively, the display could be more elaborate and, rather than being within the weave of the fabric, sit behind the covering instead. "In some cases, the fabric layer may serve as a light diffuser for the display," says Apple.

Much of the rest of the patent application centers on methods of making a curved fabric display, for instance with a "flexible substrate [that] may be attached to a separate thermoplastic substrate."

"During a thermoforming process, the display may be heated such that the thermoplastic substrate softens into a pliable state," continues Apple. "The display may then be molded into a desired shape."

"The display is then cooled to harden the thermoplastic substrate and secure the flexible substrate and light-emitting diodes in the desired shape," says the patent application.