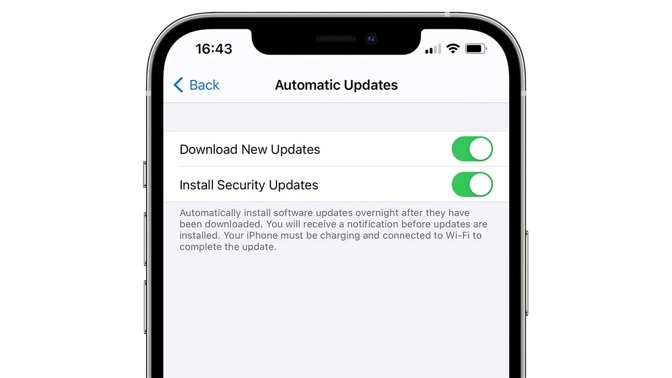 Discovered by 9to5Mac on Monday, the new affordance could allow users running older operating systems to keep device security up to date without upgrading to the latest iOS version. For example, an owner of an older iPhone running iOS 13 could potentially download security updates typically packaged with newer iOS 14 point releases.

Some iPhone and iPad owners are reticent to upgrade older devices to Apple's latest and greatest operating systems, fearing the new software could result in poor system performance or excessive battery drain. Alternatively, some users simply prefer the feature sets of older operating systems. That can be detrimental to the safety of Apple's ecosystem, as the company packages security revisions with new OS versions.

Splitting security updates into standalone downloads, similar to the method applied on macOS, could greatly reduce the impact of new threat vectors for both new and old hardware. That might be a possibility in the near future, according to the code uncovered today.

It remains unclear if or when Apple intends to roll out the feature. The report notes code in the iOS 14.5 beta points to an option to delete older updates downloaded automatically, hinting that updates can be triggered manually.