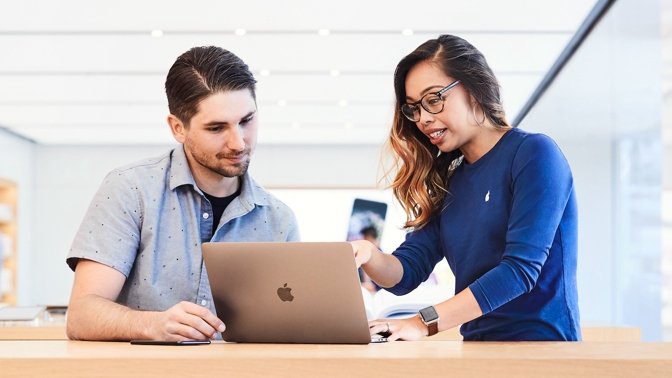 TikTok user @Tanicornerstone explained the supposed program in a response to a video asking for the "secrets that only the employees know."

"I used to work for Apple. So the first thing; rude customers, like we got some psychos in that store, but if you're rude to the geniuses or the concierge people, you will get your problem fixed most likely - however you are going to pay for it," the former retail staffer explained.

However, she adds that each staff member apparently has a specific number of "surprise and delight" instances that they could use to go above and beyond normal service for "really amazing" customers.

"I used to see a lot, people would come in with like water damaged phones and you're not allowed to replace those without a fee. However, the geniuses used a 'surprise and delight' to be able to give somebody a free replacement," she said.

Commenters to the TikTok video corroborated the claim, including both customers who received exceptional service or other former Apple Retail staffers. Some, however, have refuted claims that Apple had any such policy, while others say the video mistakenly equates "surprise and delight" with programs that have since been discontinued.

It isn't clear if the "surprise and delight" program is still in effect, or whether it was actually a retail policy at all. However, there does appear to be plenty of anecdotal evidence suggesting that customers who are nice to retail staff may be able to get better service.

"I was a BROKE college student with an older MacBook whose battery needed to be replaced. The genius didn't charge me," one commenter said.