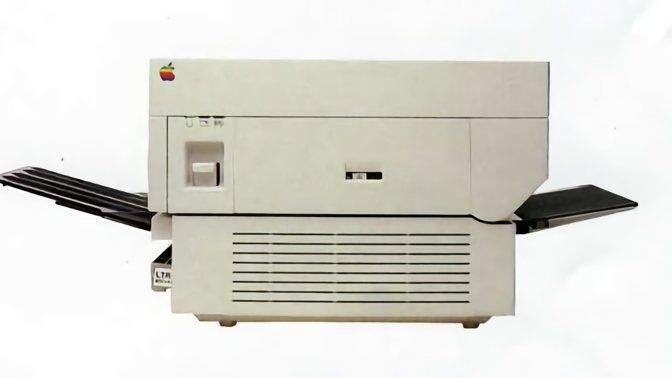 Apple's revolutionary LaserWriter was powered by PostScript, co-invented by Charles Geschke at Adobe

As Adobe continues moving its flagship apps like Photoshop to Apple Silicon, its co-founder Charles Geschke has died from cancer in his home in Los Altos, California. Geschke and John Warnock had worked together at Xerox in the very early 1980s on what was effectively the earliest version of PostScript.

When Xerox did not want to pursue that project, the two men founded Adobe in 1982. Literally founding it in a garage, they named the company after a creek that ran behind Warnock's House.

"We were best friends," John Warnock told The Wall Street Journal in an interview. "We never had an argument."

Their first project was PostScript, which became central to how Apple's LaserWriter and Aldus PageMaker dominated the printing market. These three firms together effectively created what was known as the desktop publishing (DTP), but ultimately just became publishing.

The entire publishing industry was transformed by these three companies together. To this day, the giant majority of publishers use Adobe InDesign.

However, the relationship between Apple and Adobe has at times become adversarial. Steve Jobs criticized it for being slow to update its apps like Photoshop and Illustrator as the Mac moved from 68000 to PowerPC and Intel.

And Jobs most famously refused to allow Adobe Flash on the iPhone.

Adobe did claim that Apple's decision was a business one, but Jobs gave a series of practical and considered reasons why iPhone would not and should not support Flash, in its then-current form.

His reasoning, plus the overwhelming success of the iPhone, led to the complete death of the product over the next decade, with Adobe eventually ending it in 2021.

Charles Geschke maintained that Adobe always and consistently supported Apple, throughout the history of the two companies.

"We never abandoned Apple," Geschke said in 2010, when discussing Flash. "Apple now seems to be abandoning at least one aspect of our product line right now. No, we never abandoned them. We've always ported our apps simultaneously to both platforms."

"There have been times when Apple has changed its strategy on hardware or on operating systems that didn't meet our product cycle," he continued, "so there have been periods of maybe six months where we didn't keep up with their latest release."

"But that's our own business model; we can only afford to re-implement our products at a certain rate. We have never, ever abandoned Apple and we don't want to abandon them today."

In 2011, Geschke was one of the attendees at Steve Jobs's funeral.

According to The Wall Street Journal, Geschke is survived by his wife, Nan Geschke, as well as three children and seven grandchildren.