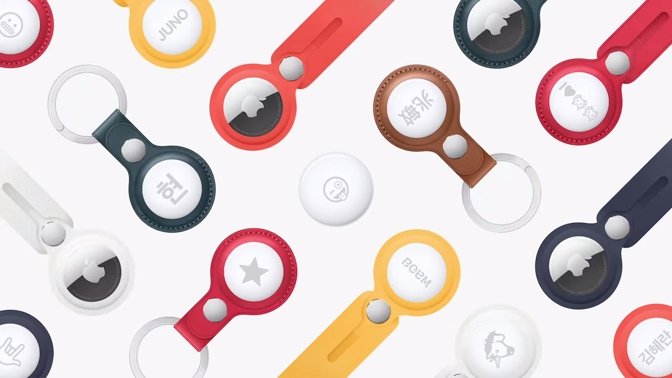 Apple on Tuesday unveiled its long-awaited $29 AirTag tracking devices, which are equipped with Ultra Wideband chips and integrate with Apple's Find My app.

In a statement to TechCrunch a few hours after, Prober said Tile remains skeptical of Apple's AirTag platform, citing the company's "history of using platform advantage to unfairly limit competition."

A top legal executive from Tile is also expected to testify in an upcoming antitrust hearing being held by the U.S. Senate on April 21. At the hearing, Tile is reportedly planning to ask Congress to probe Apple's business practices related to the Find My platform.

Tile has accused Apple of anti-competitive behavior in the past and in 2020 testified against the tech giant in a House Judiciary Committee hearing. In May of that year, Tile also called on the European Commission to launch an antitrust investigation of Apple.

Earlier in April, Apple opened up its Find My tracking network to third-party manufacturers. That could provide a damper against some concerns that Apple's own AirTag devices have an unfair advantage over competitors.

Apple's AirTag will become available to order on April 23, and will start shipping out to customers on April 30. Compared to Tile devices, AirTags feature tight integration with Apple's Find My network and support for Precision Finding via Ultra Wideband. Tile, for its part, also plans to release a UWB-equipped tracking accessory later in 2021.

The full statement from Tile CEO CJ Prober is available below.

Our mission is to solve the everyday pain point of finding lost and misplaced things and we are flattered to see Apple, one of the most valuable companies in the world, enter and validate the category Tile pioneered.

The reason so many people turn to Tile to locate their lost or misplaced items is because of the differentiated value we offer our consumers. In addition to providing an industry leading set of features via our app that works with iOS and Android devices, our service is seamlessly integrated with all major voice assistants, including Alexa and Google. And with form factors for every use case and many different styles at affordable prices, there is a Tile for everyone.

Tile has also successfully partnered with top brands like HP, Intel, Skullcandy and fitbit to enable our finding technology in mass market consumer categories like laptops, earbuds and wearables. With over 30 partners, we look forward to extending the benefits of Tile to millions of customers and enabling an experience that helps you keep track of all your important belongings.

We welcome competition, as long as it is fair competition. Unfortunately, given Apple's well-documented history of using its platform advantage to unfairly limit competition for its products, we're skeptical. And given our prior history with Apple, we think it is entirely appropriate for Congress to take a closer look at Apple's business practices specific to its entry into this category. We welcome the opportunity to discuss these issues further in front of Congress tomorrow.

In response, Apple said the Find My network predates Tile and notes the device maker can offer support for the system if it so chooses. Apple's statement follows.

We have worked from the very beginning of iPhone to help protect the privacy of users' location data, giving them transparency and control over how all apps may access and share their location. Apple created Find My over a decade ago to help users locate and manage lost devices in a private and secure way. Since then, we have expanded Find My to help users keep tabs on the other important things in their life -- from sharing location with friends and family members, to locating third-party products like Van Moof bikes and Chipolo item finders. We have always embraced competition as the best way to drive great experiences for our customers, and we have worked hard to build a platform in iOS that enables third-party developers to thrive.