AppleInsider
Posted: May 12, 2021 11:26PM
in General Discussion edited May 12
Apple has expanded its Apple Maps "Look Around" feature to include Atlanta, Georgia. 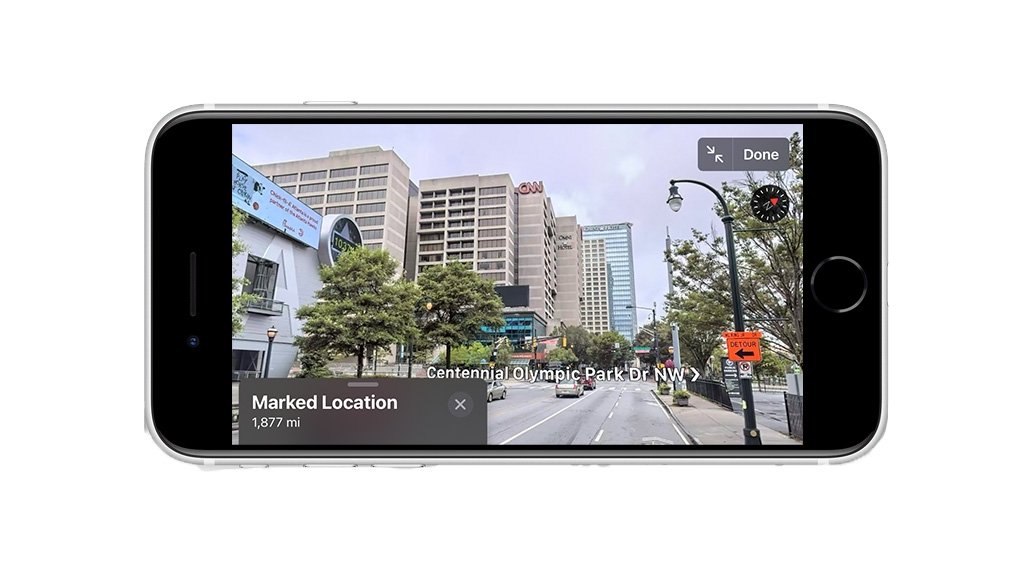 The Look Around feature is Apple's answer to Google Street View. First introduced in iOS 13 in a select number of cities, Apple has been gradually expanding "Look Around" since.

In a new update spotted by Justin O'Beirne on Wednesday, Apple appears to have added Atlanta, Georgia to the "Look Around" feature.

Back in February, Apple added San Diego, California and Portland, Oregon to its growing roster of cities supported by "Look Around." In late 2020, the company added Denver, Detroit, Miami, Fort Lauderdale, and Phoenix.

"Look Around" is available in 28 cities across the U.S., Japan, Ireland, and the U.K. As of writing, Apple has not yet added Atlanta to the list, though that would mark the feature's 29th city.