AppleInsider
Posted: May 14, 2021 12:43PM
in iPhone
The 3D scanner used for Face ID is expected to get up to 50% smaller in the "iPhone 13" which could lead to a smaller notch, according to supply chain sources. 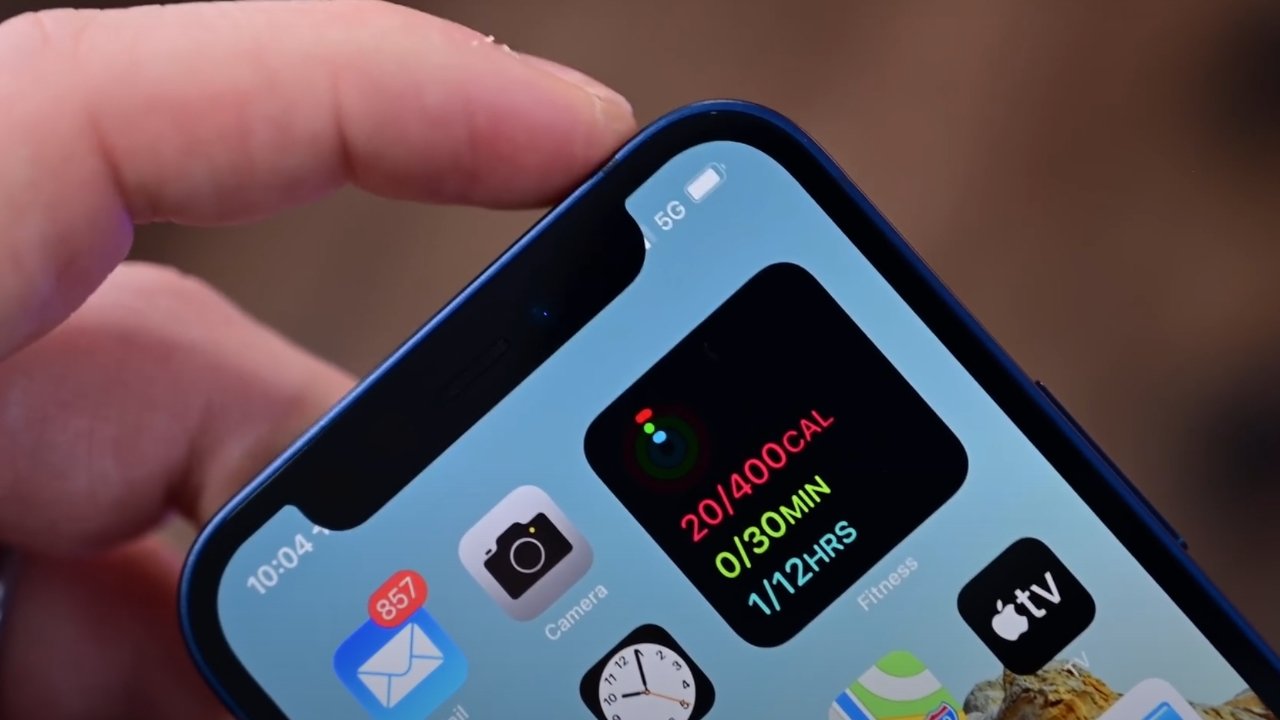 The notch on the iPhone 12 mini

There have been a number of rumors and reports suggesting Apple's Face ID sensor array could get smaller in size. If the sensors can be hidden behind the display or reduced in size, then the notch itself will get smaller too.

Now a new industry report from Digitimes claims that Apple could cut the die size for its VCSEL chips used for 3D Face ID scanning by up to 50%. This would be used in "new iPhone and iPad devices to be rolled out later in 2021."

Apple has already announced its updated iPad Pro lineup with no apparent changes to Face ID, but the upcoming "iPhone 13" could take advantage of the smaller sensor size.

Vertical-cavity surface-emitting laser, or VCSEL, is a sensor used to spray infrared dots over a surface in order to ascertain a 3D depth map. The report suggests Apple is reducing the size of the chip used in Face ID only, but the same type of chip is used for LiDAR on the rear of iPhones and iPads.

The reduction of the notch size has been rumored every year since the iPhone X was announced that introduced the Face ID system. Dummy models and schematic leaks make the notch reduction more likely than ever for the 2021 iPhone.

Digitimes has a strong track record for industry sources, though a substantially weaker one for correctly drawing conclusions from its information.