Apple teases update to Apple Music, saying that 'music is about to change forever'

AppleInsider
Posted: May 16, 2021 10:08PM
in iPod + iTunes + AppleTV edited May 2021
Apple has started to tease what could be the introduction of a lossless audio or 3D option for Apple Music with an animated video embedded in the macOS and iOS Music apps. 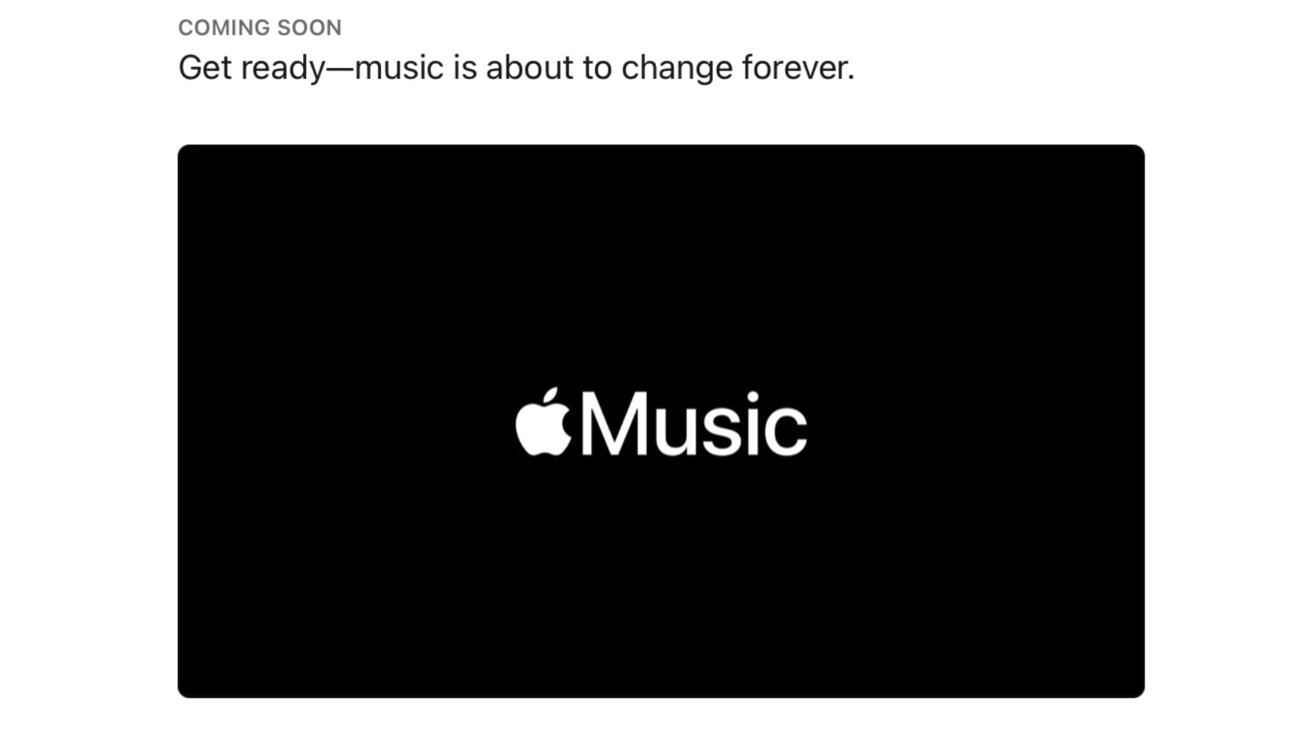 Added to the Browse section of Apple Music, a 15-second video displays the Apple Music logo, spinning around. As the logo spins, multiple copies of it are shown and sweep past the camera, as the screen background switches from black to white.

The video is accompanied by a "coming soon" message warning "Get ready - music is about to change forever."

Apple is rumored to be preparing a high-fidelity option in Apple Music, which could provide higher bitrate audio streams to subscribers. Thought to be called "Apple Music Hi-Fi," leaks claimed Apple was going to launch the option on May 18, alongside a revamped entry-level version of AirPods.

While rumors point to a lossless audio feature being on the way, the sweeping nature of the animation may also suggest some form of 3D audio. It is plausible that such a feature could take the form of music enhanced to work with Spatial Audio, a function offered by the AirPods Pro and AirPods Max.

Record label sources told one report from May 1 that a high-fidelity audio streaming service was on the way from Apple. The option will apparently cost an extra $9.99 per user, on top of existing Apple Music subscription costs.

Previous code references have also indicated that lossless tracks may take up triple the space on a user's device compared to "high quality" versions on average, but the data usage may be much greater in practice. While streaming a three-minute song will use 1.5MB of data with high-efficiency or 6MB for a high-quality 256kbps stream, lossless at 24-bit/48kHz could use up 36MB of bandwidth, rising to 145MB for hi-res lossless.

The launch would put Apple against other similar options provided by its rivals. Both Tidal and Amazon Music currently provide lossless audio streams, but while Spotify HiFi was announced in February, it has yet to roll out to consumers.

The third-generation AirPods could introduce new features to the lineup that brings it closer to its stablemate, the AirPods Pro. While full Active Noise Cancellation may not arrive in the model, it's plausible that Spatial Audio could be introduced in a new version.