Apple TV+ review: '1971' an exhilarating exploration of a musical revolution

AppleInsider
Posted: May 21, 2021 10:36AM
in iPod + iTunes + AppleTV edited May 2021
The ambitious eight-part series utilizes a wealth of archival footage, and lots of great music, to tell the stories of the songs of 50 years ago. 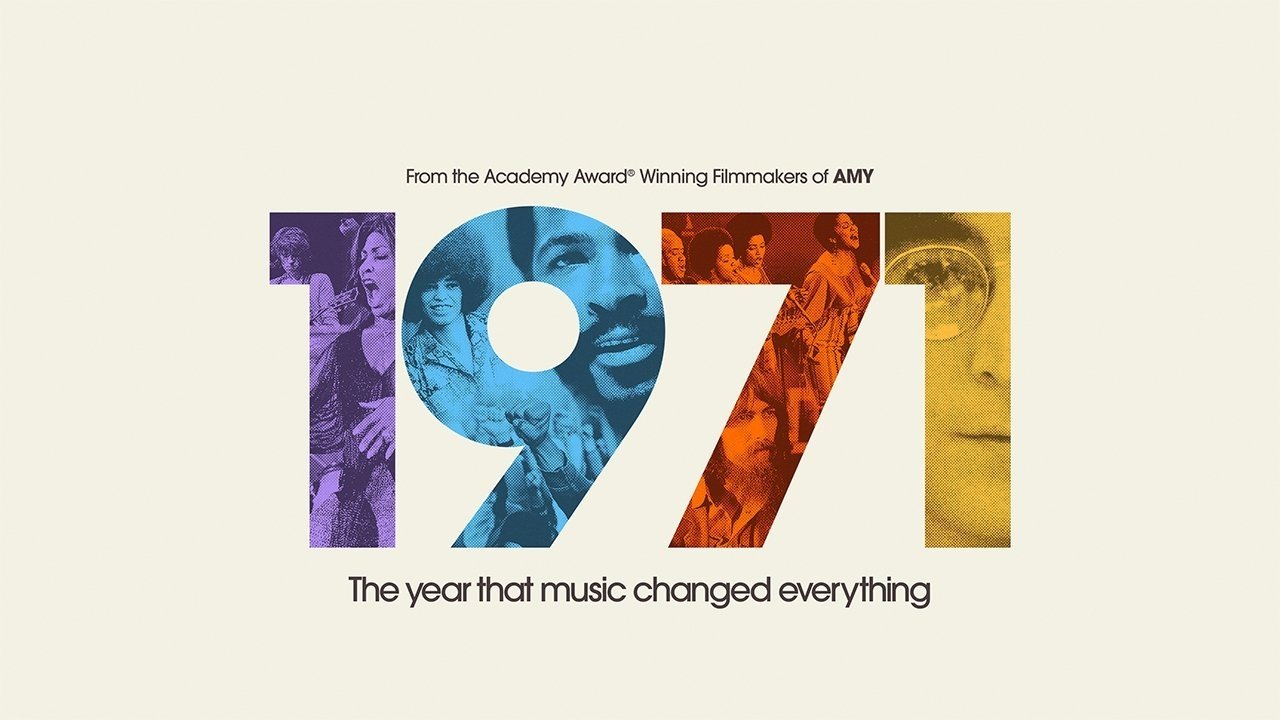 In the first episode of 1971: The Year That Music Changed Everything, the new eight-part documentary series that debuts May 21 on Apple TV, the famed record executive-turned-Apple executive Jimmy Iovine lays out what's essentially the series' thesis statement.

"1971- I don't think the music was a reflection of the times," Iovine says, "as much as the music caused the times."

The series, adapted from a book by David Hepworth called "Never a Dull Moment: 1971 The Year That Rock Exploded," flows from that idea. It explores the music of 1971, while also fitting it into the wider cultural context of what was going on that year.

It's this focus that lifts the series far above the more familiar, VH1-style I Love the '80s series, which had little to say.

What was Going On 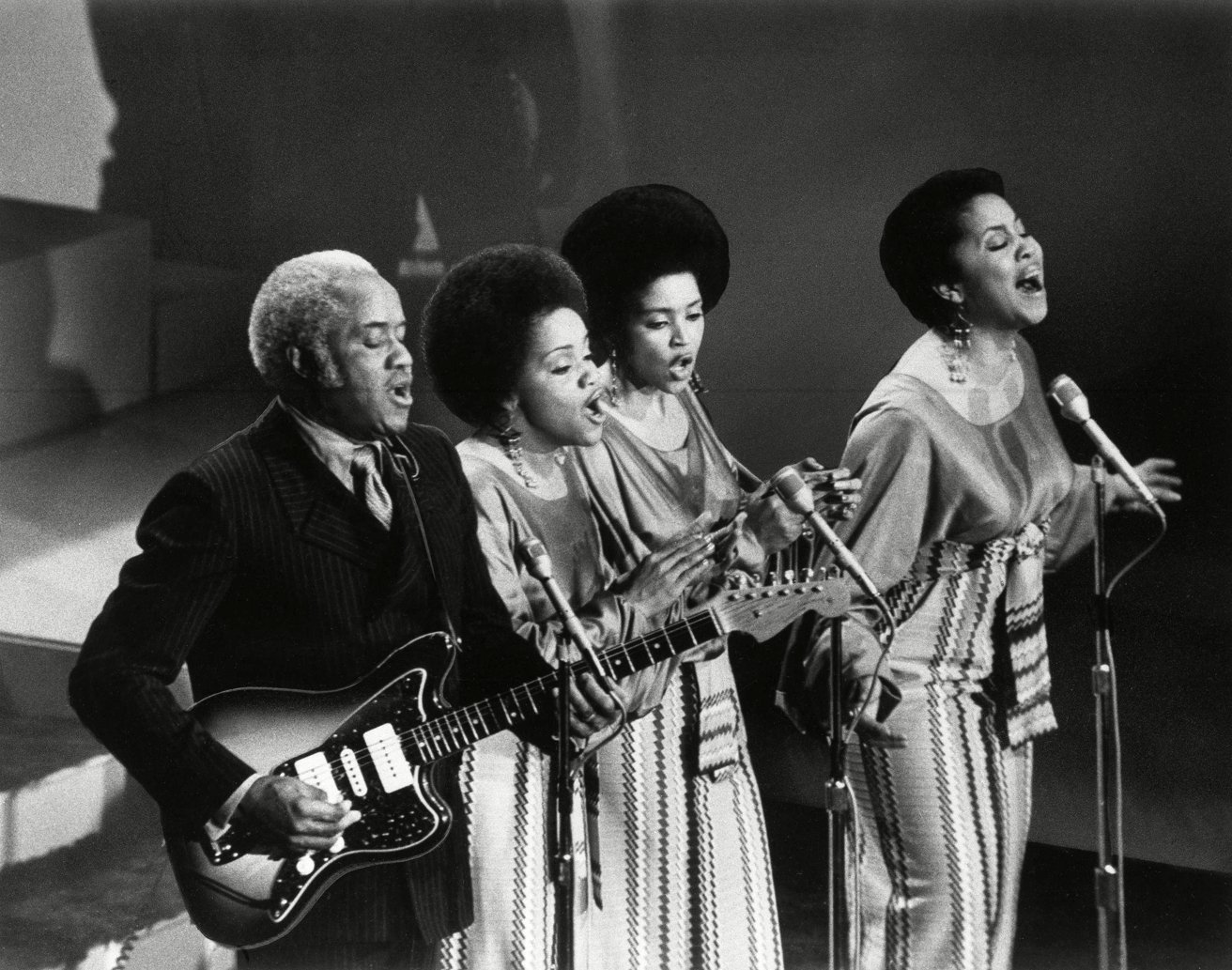 The documentary looks at the major social events of 1971, and how they were reflected by that era's major musical artists. It especially focuses on the Vietnam War, growing racial tensions at home, and the rise of feminism, and how those things influenced or were influenced by, the music of the era. If it ever seems as if artists speaking out for political causes is a new phenomenon, 1971 puts the lie to that notion.

1971 was executive-produced by Asif Kapadia, the British filmmaker who won an Oscar for another music documentary, Amy. That movie, from 2015, focused on the brief life and career of the late singer Amy Winehouse, while Kapadia has also made acclaimed documentaries about a pair of international athletic legends, the auto racer Aryton Senna and the soccer star Diego Maradona.

On 1971, Kapadia is credited as the "series director," while he, Danielle Peck, and James Rogan took turns directing the episodes. James Gay-Rees, Chris King, and Adam Barker are also credited as executive producers, in addition to Kapadia.

Each of the eight episodes has a general theme, with a focus on specific artists. But it isn't particularly rigid about that; more than one episode touches on racial consciousness, and there's plenty of, say, Bowie in multiple installments.

This also isn't the familiar musical analysis, of the late '60s and early '70s, that focuses on one specific genre -- rock 'n' roll -- and only a small handful of familiar musical artists. Certainly, there's plenty in 1971 about David Bowie, the Beatles, the Rolling Stones, and other stalwarts of classic rock radio. But the series also devotes plenty of screen time and analysis to the likes of Aretha Franklin, Isaac Hayes, Sly and the Family Stone, and Gil-Scott Heron, the man behind the spoken-word classic "The Revolution Will Not Be Televised."

Some of this might be old hat to boomers and others intimately familiar with the music of that era. But at this point, most people paying attention to music are younger than that. Even Kapadia, the main director, was born in 1972. 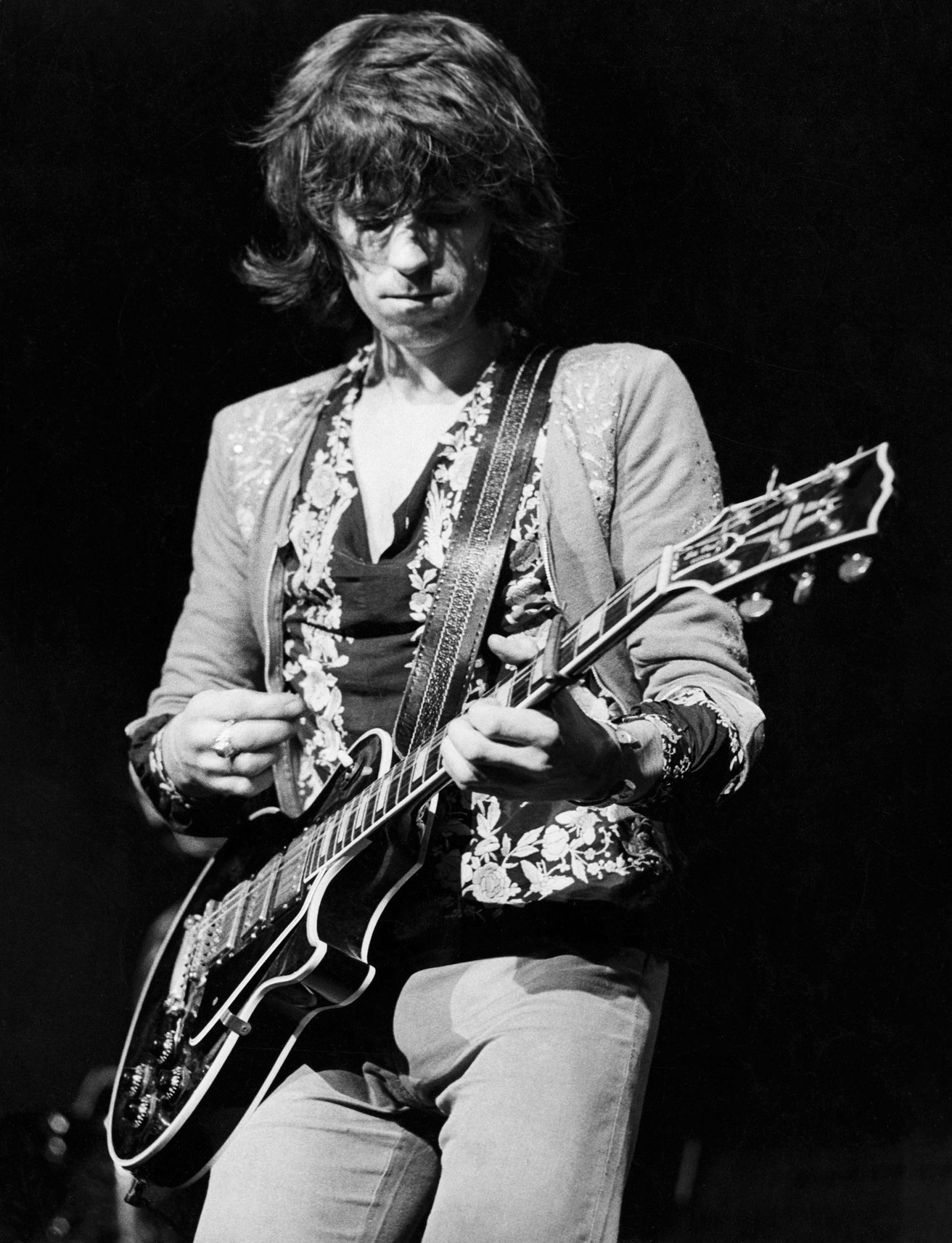 What stands out in 1971 is the massive amount of footage, some of it rare. The first episode alone credits more than 60 sources of archival material, for a 45-minute episode, with video coming from such eclectic places as the Hugh M. Hefner Moving Image Archive and the Richard Nixon Presidential Library & Museum. There is also more footage from interviews on The Dick Cavett Show than probably any other source.

There's no primary narrator and no contemporary talking-head interviews. Instead, we hear the interviewees speaking off-screen, as the filmmakers chose to let the on-screen real estate be dominated by that archival footage. This mostly works, but if there's one major drawback of the series, it never makes quite clear whether each interview is new, or from many years ago.

One advantage to the eight-episode length is that rather than just include snippets of the relevant songs, the production is able to play many of the songs all the way to the end.

Listen to the music 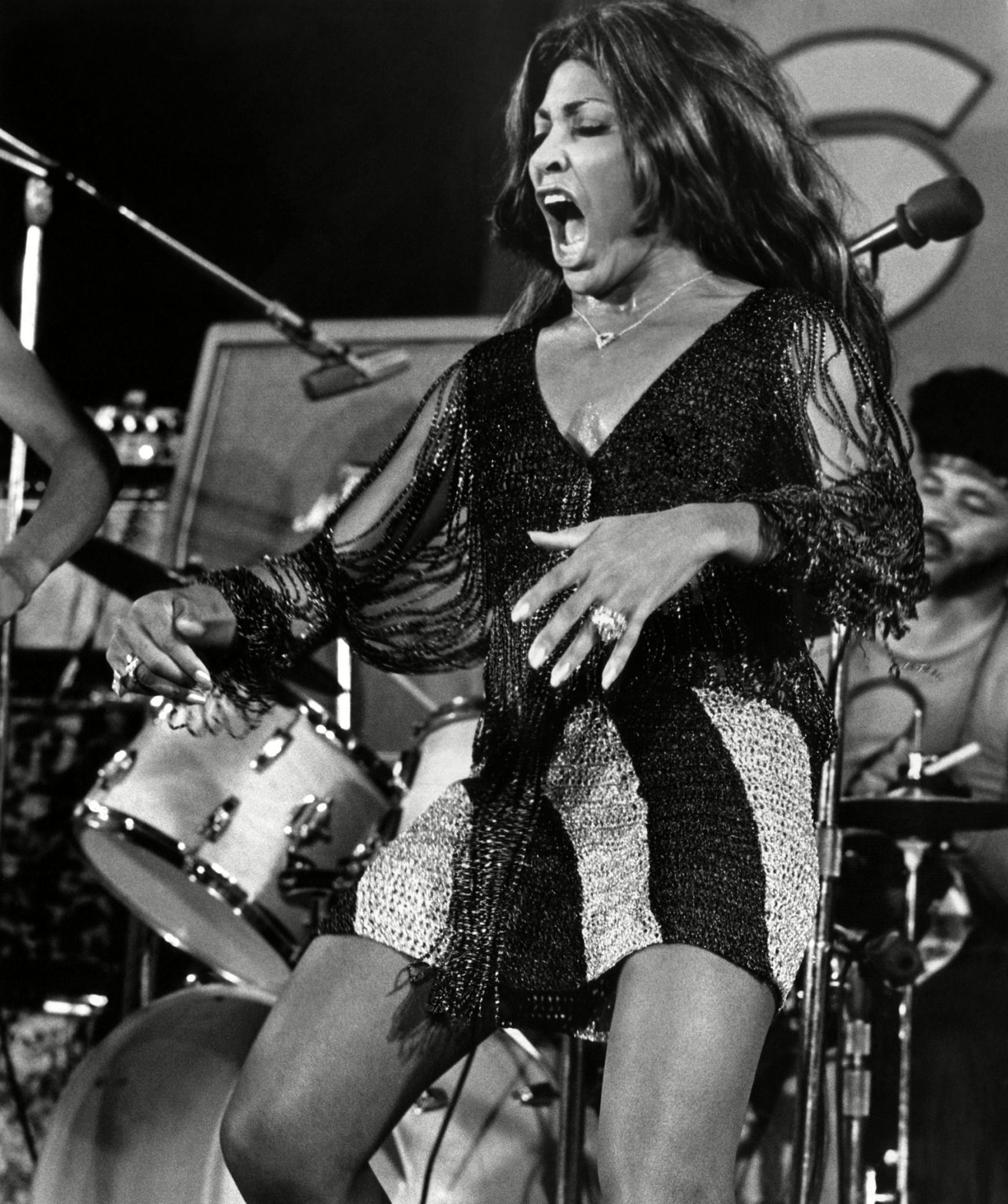 And that's another great thing about 1971 -- there's a lot of really fantastic music. The production also spared no expense in clearing all of the necessary tunes.

It was the year of Marvin Gaye's "What's Going On," the Rolling Stones' "Sticky Fingers," The Who's "Who's Next," Carole King's "Tapestry," and some of the first music released individually by the Beatles following their breakup the previous year. It was also the year of the Concert For Bangladesh, the decline and death of Jim Morrison, and even the debut of Jesus Christ Superstar.

The documentary goes through all of those songs and albums, while also illustrating the social importance of each part. There's even a brief detour into the arrival on the scene of the Osmonds who -- unlike most of the other artists referenced in the series -- were completely separate from the counterculture.

The first episode begins with Marvin Gaye's "What's Going On," and sets the stage for the music that was made in reaction to Vietnam and the Kent State shooting, like Crosby, Stills, Nash, and Young's "Ohio." The second goes more into the drug side of the counterculture, and how it had started down the downslope by 1971. The fourth looks at the feminist currents of the time, tied in with the rise of Carole King and Joni Mitchell. And the final episode is largely about David Bowie.

Sure, some of the stories told have been told a lot before, including in entire documentaries; several segments about Tina and Ike Turner were already covered in the recent HBO documentary Tina, which was also the case with the recently released doc about Frank Zappa. There have also been plenty of 50th-anniversary celebrations, this year, of these songs and albums, and the upcoming vintage concert film Summer of Soul features many of the same artists, albeit in 1969.

I Feel the Earth Move 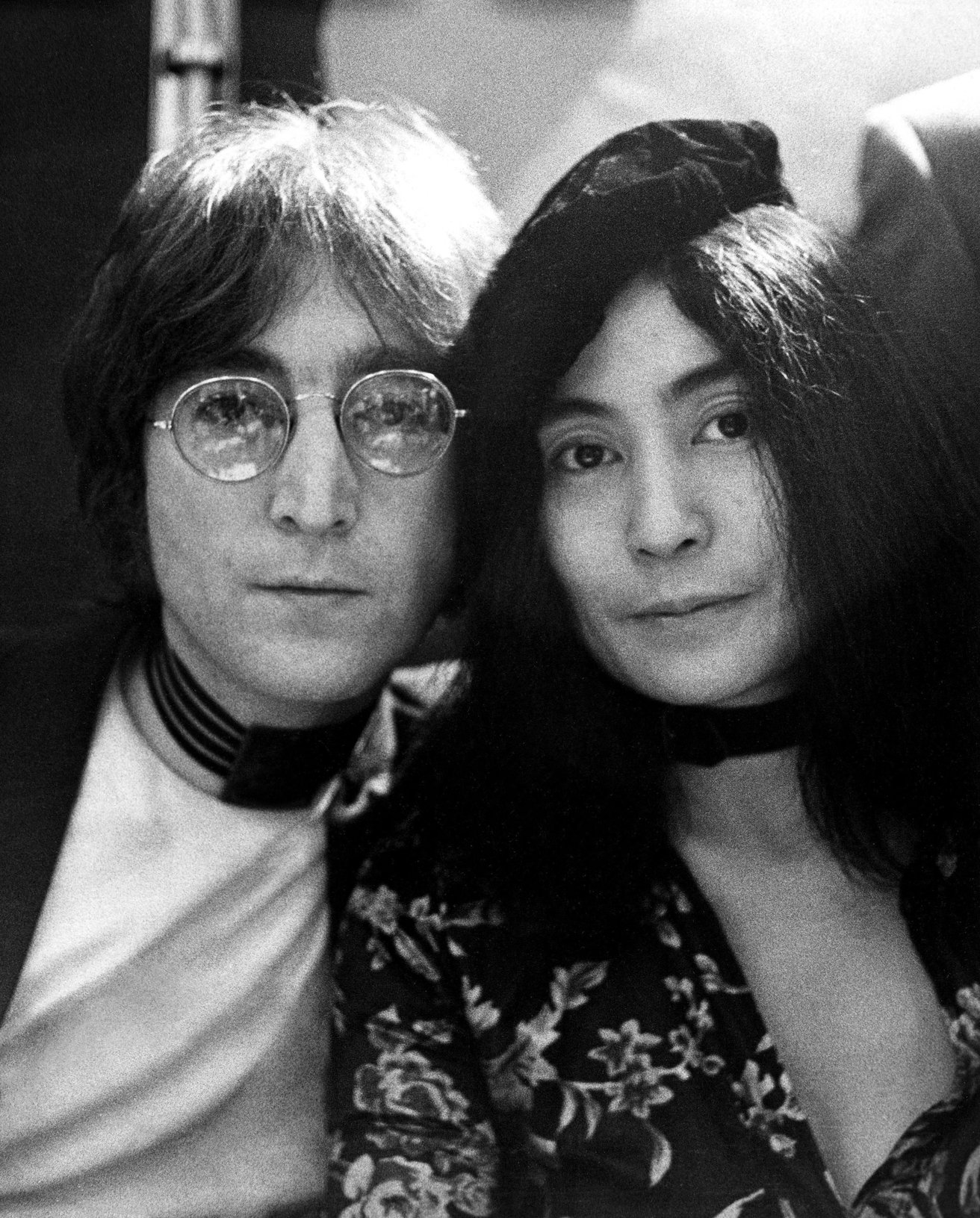 1971: The Year That Music Changed Everything continues a strong run of music-related documentaries by Apple TV+, which have covered the careers of stars of the present (Billie Eilish), the relatively recent past (The Beastie Boys) and both (Bruce Springsteen and the E Street Band.)

It appears Apple TV+ has found a niche with this, something it's better at than other streaming services, and there's more to come, including an upcoming documentary about Louis Armstrong and a series with popular DJ Mark Ronson.

With its fine deployment of great music and even better archival footage, 1971 is another demonstration of Apple's competence with nonfiction music programming- one with the potential to appeal to boomers and younger people alike.