MagSafe used to fish out iPhone 12 Pro dropped in canal

AppleInsider
Posted: May 30, 2021 12:16PM
in iPhone edited June 2
A man rescued an iPhone 12 Pro from a canal in Berlin, but instead of diving in, he took advantage of MagSafe and fished for the smartphone. 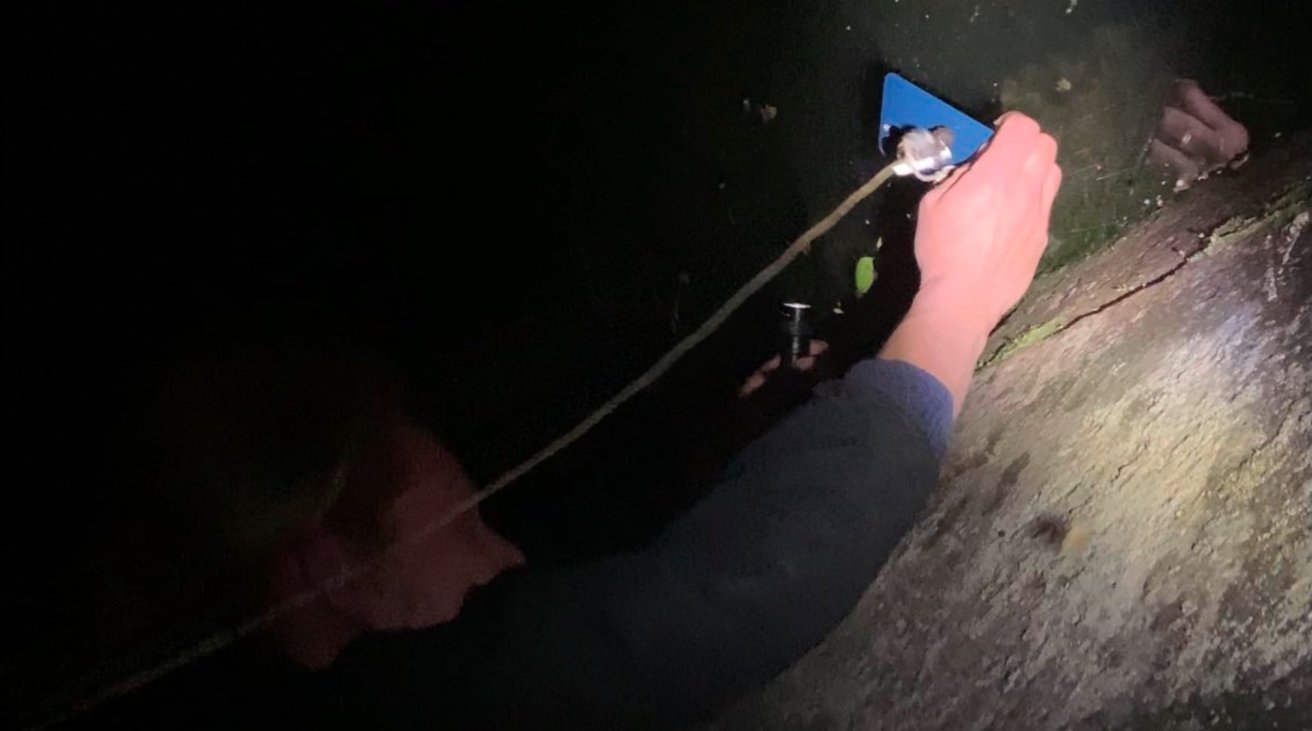 On Saturday, a friend of app developer Frederik Riedel dropped his iPhone 12 Pro into a canal in Berlin. At the time, it was thought the device was lost, as it sank into the mud at the bottom of the water.

An initial attempt to rescue the iPhone where its owner waded through the 3-foot-deep mud failed, with seeming "no way to find it." As told on Twitter, Riedel and the friend instead went down the route of magnet fishing.

A fishing road and line was produced, with a magnet attached to the end. It was lowered into the canal in the same area the iPhone was dropped in, and was able to attach to the magnets on the back used for MagSafe charging.

We built a magnetic fishing rod and catched it!!!!! MagSafe ftw pic.twitter.com/M4g4RTLZxF

After it was pulled to the surface at approximately 3 a.m., the iPhone was determined to be working fine, with an almost full battery despite being submerged in the canal for hours.

The iPhone wasn't the only device recovered in the rescue attempt. During the initial wading session, a Nintendo Switch was pulled from the mud, though it was deemed "not functional anymore."

This is not the only time that magnets have been used to fish for iPhones. In March, a woman managed to retrieve her iPhone from a frozen lake after it was submerged for 30 days, using a magnet attached to a string.

Fashioning unusual tools for retrieval of Apple Products have occurred in other instances as well. For example, in September 2019, a report told of how one New York resident used a broom and duct tape, while another used dental floss and a magnet-holding e-cig charger, to pull AirPods from sidewalk grates.