AppleInsider
Posted: June 29, 2021 6:34PM
in iOS
The eye-tracking app Eyeware Beam has been released in a public beta, with the app providing Windows users the ability to track their eyes using the iPhone's TrueDepth camera. 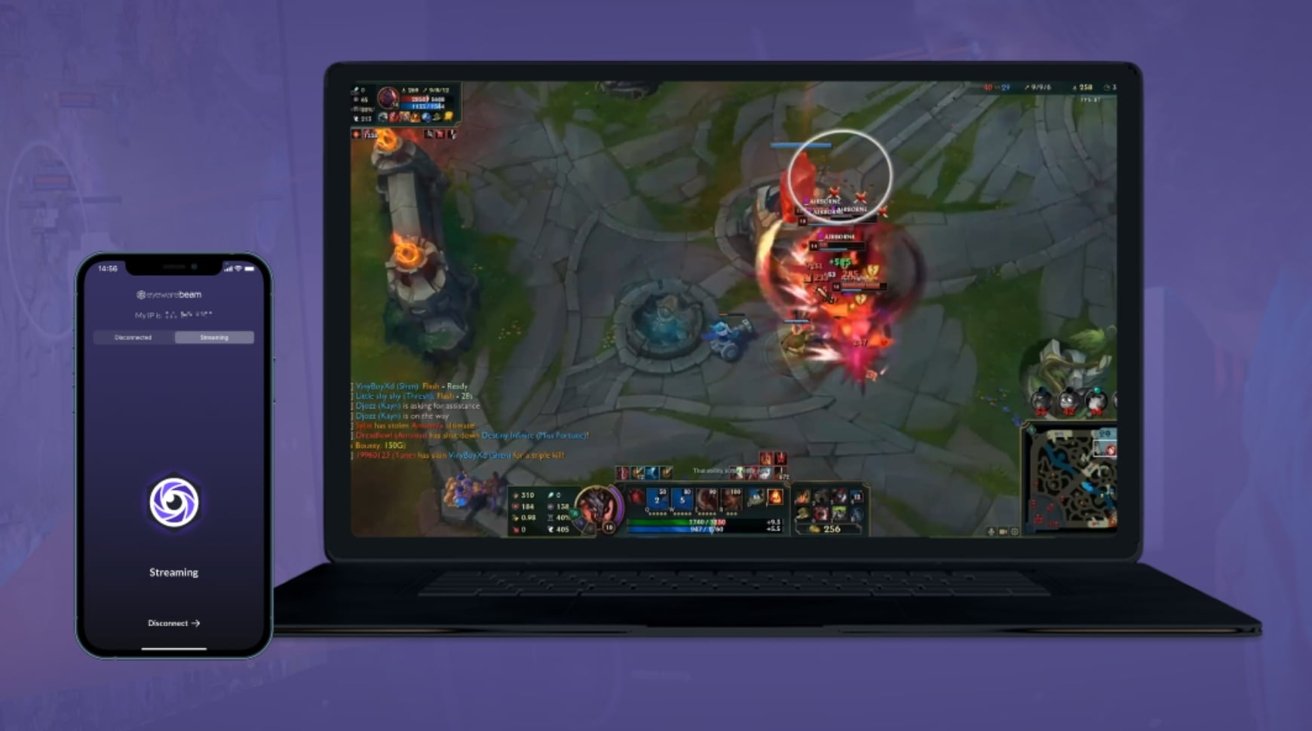 Originally introduced in January, Eyewear Beam is an app that brings head and eye tracking to consumers, without requiring any extra hardware other than an iPhone. Connected to a Windows PC, the app uses the TrueDepth camera array normally used for Face ID to perform the task, treating the iPhone as a webcam.

The app can be used to introduce head movements as a game input, as well as for game streamers to show their audience what they're actively looking at. It also has a use for training, with it able to show where a player or worker is looking within an application or game, so they can see how they pay attention to events and actions.

The head-tracking feature works with over 150 games, which support Open Track or Free Track integration. The eye-tracking is able to be added as an overlay of a game or a screen within the streaming and screen recording tool OBS.

To use the app, a software counterpart has to be installed on the computer in order to communicate with the iPhone app. For the moment, it only supports Windows, with no macOS support at this time.

On the mobile device side, it is compatible with all iPhone versions with a TrueDepth camera, as well as the iPad Pro with Face ID support, running on iOS or iPadOS 13 or later.

In the public beta, the app is free to download and use from the App Store. A paid version will arrive later in 2021, and will include new features and other improvements, though pricing has yet to be announced.