AppleInsider
Posted: July 19, 2021 2:51PM
in iPhone edited August 5
The first photographs of Apple's MagSafe Battery Pack by an iPhone owner show the portable power source as quite a hefty add-on, one that practically doubles the thickness of the iPhone when used. 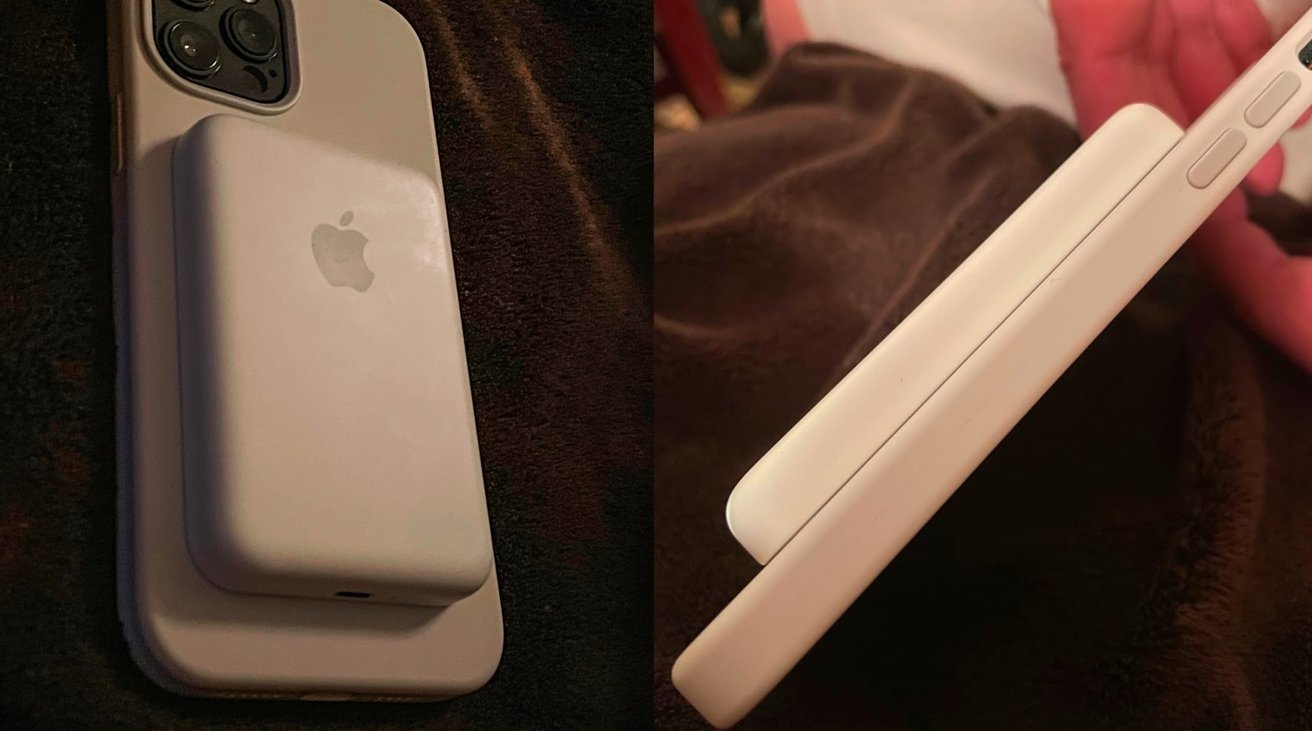 The MagSafe Battery Pack is a portable battery that magnetically attaches to the back of the iPhone 12 generation of devices. While there has been some speculation as to how much heft it would add to the iPhone 12, real-world photos of the accessory in use didn't surface until Monday.

Published to Reddit, images from Steven Russell show the Apple MagSafe Battery Pack attached to an iPhone 12 Pro. While a full-back photo gave some idea of how much the pack sticks out the back, a side-on view shows the pack as effectively doubling the thickness of the combined hardware.

According to Russell, the pack was bought from their local Apple Store, rather than an online order. This is probably by mistake, as the Apple website says in-store pickup of the battery isn't available, but that it would ship within 5 to 7 business days.

In comments on the device's appearance, the Reddit user said it used a "smooth hard plastic" rather than what was assumed to be silicone, which "might hold up better" overtime. The magnet itself is strong, with Russell seeing "where this would be an issue with leather cases & the circular imprint."

Russell did not notice the MagSafe Battery Pack getting warm, something that would be occasionally noticed with a similar Mophie battery pack.

Apple has priced the MagSafe battery pack at $99. With a capacity of 1,460mAh, it has been the subject of some complaint for a seemingly minimal battery life, though such criticism doesn't take into account other specifications of the unit.