AppleInsider
Posted: August 4, 2021 3:13PM
in General Discussion edited August 4
People who want to get started with home automation and HomeKit are spoiled for choice when it comes to devices to buy for their smart home. Devices such as video doorbells, air purifiers, and lights are all available to purchase and install to make a person's life easier. 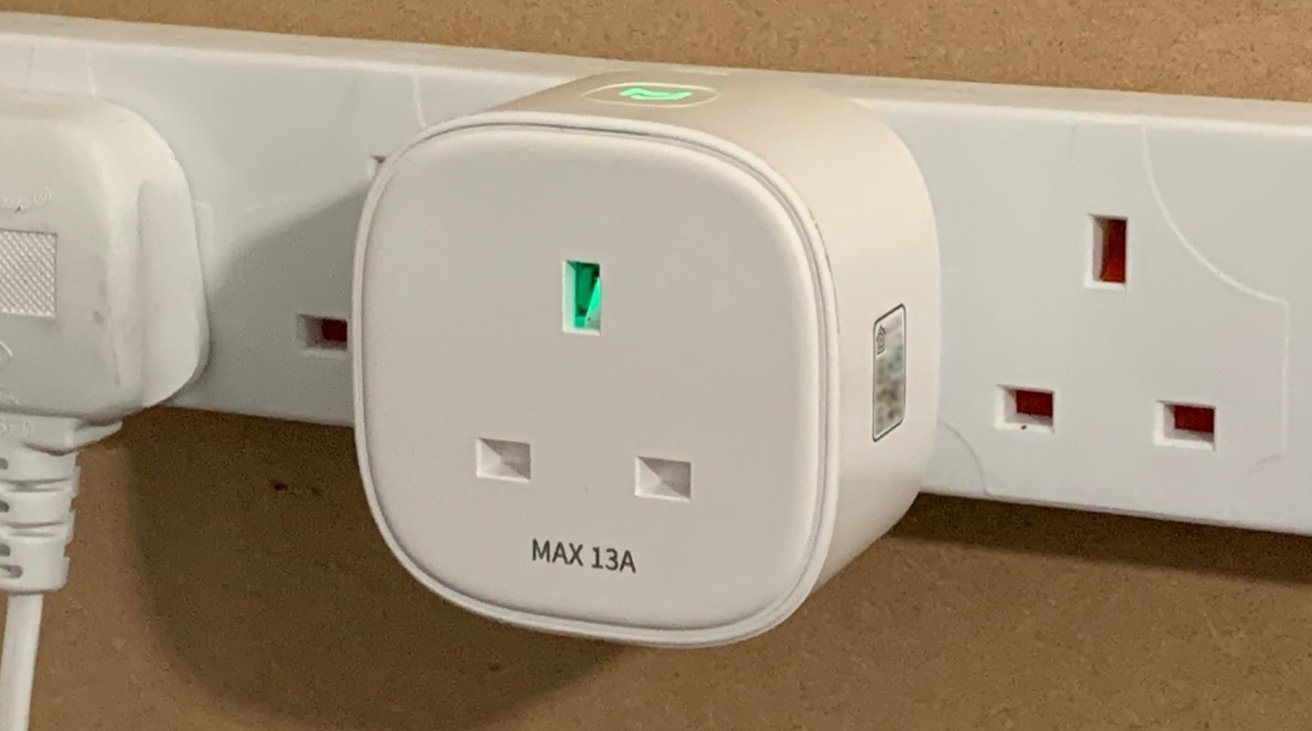 Those who don't necessarily want to go all-in on HomeKit will most likely gravitate towards the more obvious and seemingly easy-to-use devices, namely lights and smart plugs. This makes sense, as they can be acquired with very little outlay and can easily be added or removed from a home setup without too much trouble.

Naturally, anyone going down the route of smart plugs may search Amazon and find many outlets to choose from, sometimes at a meager cost. The Meross Smart Wi-Fi Plug is one example of what you can buy at the cheaper end of the range.

The Smart Wi-Fi Plug is a reasonably compact offering, measuring 2.6 inches by 2.6 inches by 2.3 inches, including the prongs that go into the outlet. The version being tested is for UK outlets, but variants exist for US, EU, Australian, and French outlets.

While small, the plug is slightly too large to be ideal for extension cables, as the relatively close together outlet positions make it hard to fit something in beside the smart plug, though it is possible. For wall-mounted outlets, where there's typically more space between each outlet, it's okay.

This plug is model number MSS210, but Meross does sell alternative versions. The MSS110 is a slimmer version that will fit onto an extension cord without inter-plug space issues. 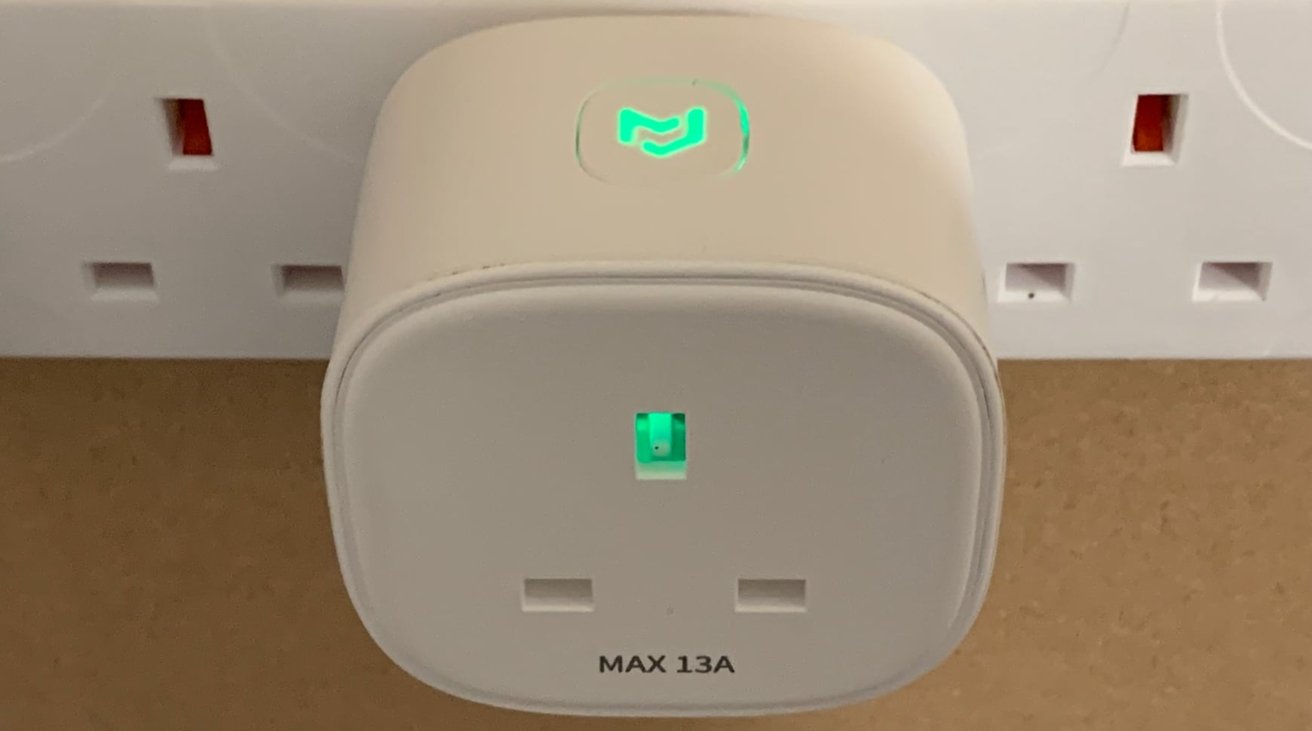 The button on the top pulls double duty as the indicator for the smart plug.

The main interaction point is the button on the top, which can be pressed to turn the smart plug on and off manually. It is pretty flush with the rest of the case.

The button also houses two LEDs, which can flash amber and green to show if it is initializing, updating, connecting to Wi-Fi, or is allowing power to flow through to connected devices.

On the face of the plug, a warning label advises it can work with devices up to 13A for this version. Depending on the regionalized version, the plug can handle between up to 10A to 16A at most, but it ultimately reminds us that the smart plug can't be used with hefty appliances like a washing machine.

While regulatory information is on the base and the left-hand side, the right is home to the HomeKit sticker. Showing the scannable code, the documentation also includes a section specifically for sticking the HomeKit sticker to, instead of leaving it exposed on the plug itself.

For a cheap HomeKit-enabled smart plug, the actual setup process is quite simple, as it's the usual process of adding an accessory via the Home app. There's no need to use a manufacturer's specific app, as you just scan or enter the code, make sure it's plugged in, and go through the final configuration in Home.

One of the stipulations is to have access to a 2.4GHz Wi-Fi network, which the vast majority of HomeKit users will have available to use. It won't work on a 5G Wi-Fi network. 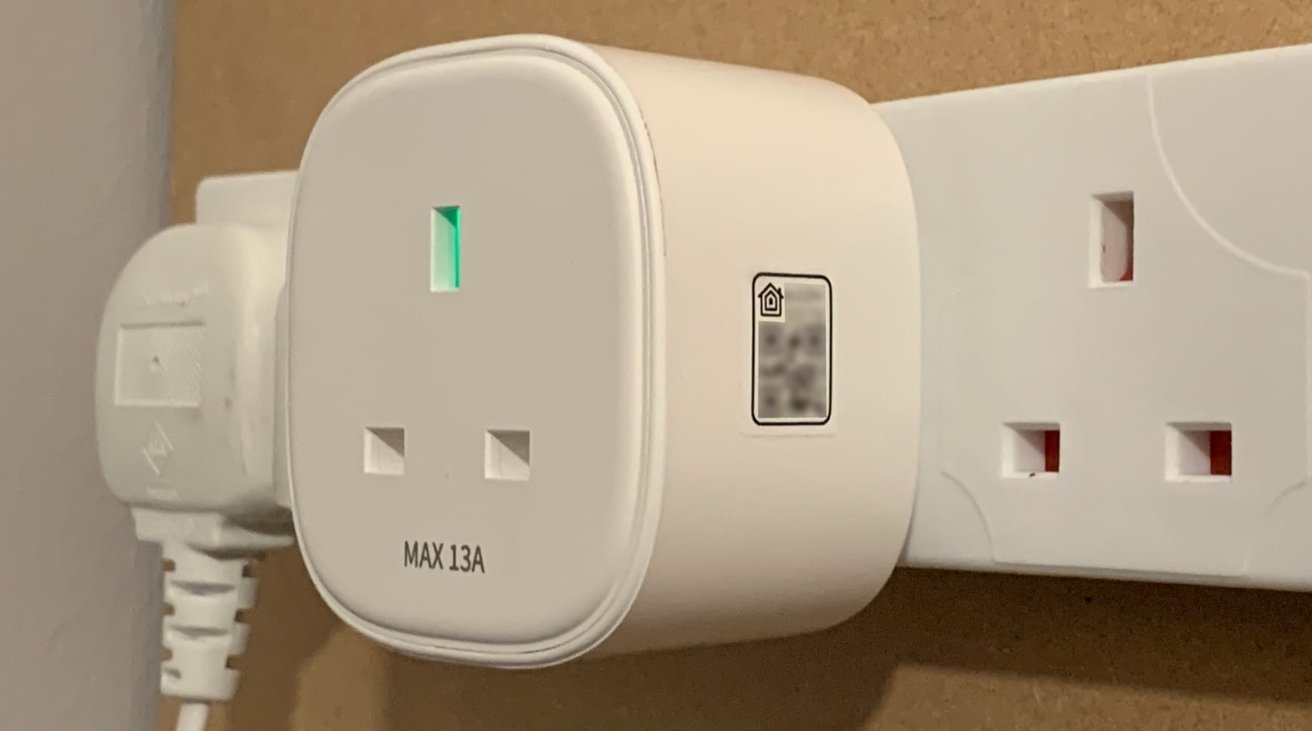 The HomeKit sticker on the side of the smart plug is removable.

After the reasonably quick setup, it becomes immediately usable in HomeKit. Since it's a basic smart plug, you can turn it on and off remotely, set it up within scenes and with automation and other usual HomeKit applications.

The response time for requests to turn on and off is relatively quick, with a lag of around a second before the state changes.

While you don't strictly need to use the companion Meross app, it is available if you require it. This largely falls into the spectrum of Android users if you want it to work with Amazon Alexa, the Google Assistant, or SmartThings.

You can control it from the app if you want, with it offering familiar scenes and routines, though you will probably just use the Home app for that. Set up is arguably more straightforward, as you don't have to enter the code into the app.

The Account section helps you with the integration to the other smart services and the option to check for firmware updates. For such a simple device, this seems unlikely to benefit from such updates, though the chance to do so is always there. 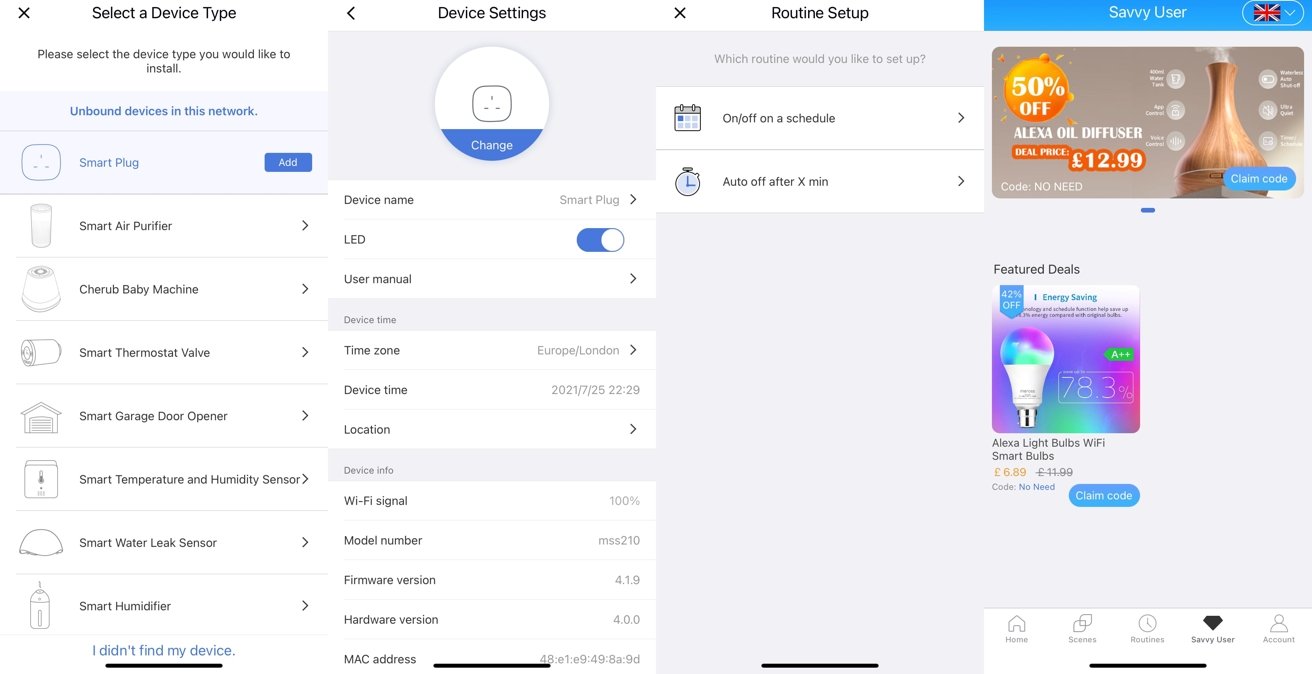 The Meross companion app is functional, but not required for HomeKit.

There are also social media links to the manufacturer and a "Savvy User" section that provides a way to buy more of the company's smart goods.

Since you can get all the functionality you want from the smart plug in HomeKit alone, there's very little need to use the companion app if you're only using Apple's ecosystem. It's safe to ignore the app in that case, especially if you want to keep your personal data more private without having to sign up for an account.

Smart plugs are pretty easy to understand devices and are a reasonable entry point for building a smart home setup. It's safe to say the Meross Smart Wi-Fi Plug certainly falls into the category of easy-to-use and simple by design.

If you are concerned about having enough space beside the smart plug to plug more devices into outlets, there is a risk that it may block your way in some cases. Other models may be a lot smaller, even one that Meross itself produces, but it's certainly not as large a smart plug as some others on the market.

If you want a cheap and cheerful smart plug to get started with an Apple-based smart home, it's hard not to recommend the Meross Smart Wi-Fi Plug.